City boss focused on Drogheda game at the Brandywell 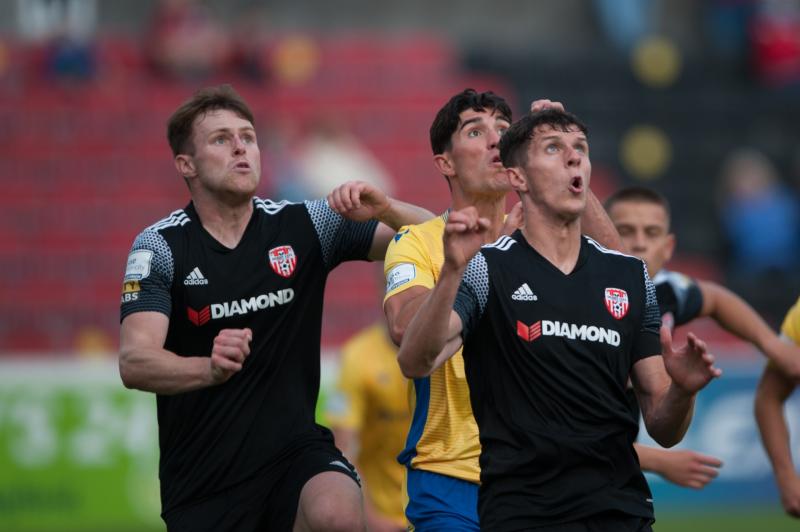 Ruaidhri Higgins insists that he is not even thinking about the top four of the Premier Division and is solely focused on Drogheda coming to the Brandywell this week.

But Higgins is not even thinking about that just yet.

“It’s a good position to be in but I’m absolutely not thinking about top four at all,” he said. “It’s funny, when you lose a game as manager it ruins your whole weekend and when you win a game as a manager you’re straight away thinking about the next game. Drogheda come to the Brandywell next and that’s all I care about at this minute in time.

“I thought it was a really good win against difficult opposition. Longford’s form in recent weeks has gathered momentum and they have improved as the season has gone on. It’s a brilliant win for us and it was a well-deserved win.”

The City boss was delighted with his team’s attitude at Bishopsgate as they beat Longford for the first time in three attempts this season.

“This can be a difficult place to come to but we’ve had the desire to go and win the game, and we’ve shown a few bits of quality within that and I think our attitude, our professionalism and our discipline within the game was really good,” he stated.

“They were really good goals. Danny Lafferty’s was a great goal, James Akintunde has set up both goals on the night and that’s what he’s got, he’s got that quality and he’s got that close control and he likes defenders around them because he can manipulate the ball.

“He’s done really well and I think the second goals is an absolutely outstanding piece of play. Danny has played the ball into James and he has protected it and Junior has made a great run off him and tucked it away well, so I’m delighted with the goals. They were really good team play and I think it was deserving over the 90 minutes.”