Three points and a clean sheet for Candystripes 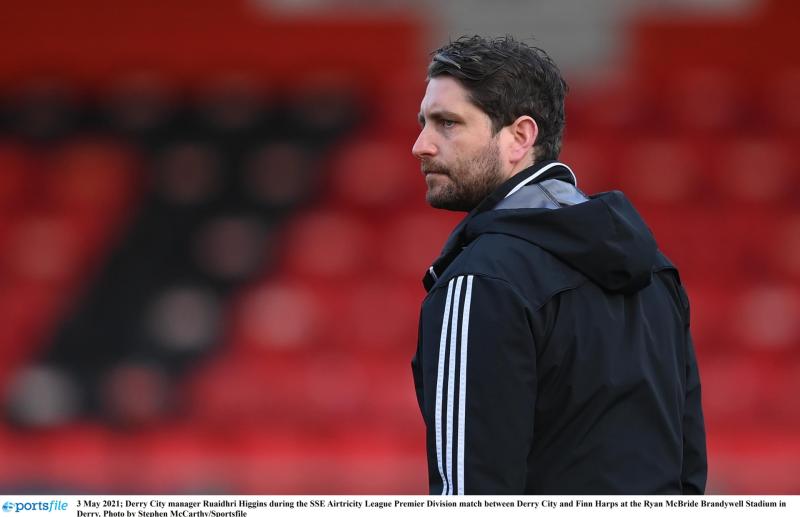 Derry City got back to winning ways with a deserved win at Longford this evening.

Goals from Danny Lafferty ad Junior Ogedi-Uzokwe in either half sealed the deal for Derry who looked more threatening against an opponent who huffed and puffed without much end quality.

Longford almost enjoyed a sensational start as they brought a save from Nathan Gartside just 16 seconds into the game. Dean Williams brought the ball down inside the Derry area and managed to aim it in the direction of Aaron McNally who prodded it goalwards from close range with the City goalkeeper having to push it behind for a corner.

A lackluster game exploded into life just past the half hour mark with the opening goal. It looked like a chance had gone for Junior after he ran in behind, but he kept possession and found James Akintunde who played Danny Lafferty in on the left, and the defender took one touch before drilling the ball past Stacey and into the net for his second goal in a week.

Derry City should have had their second goal on 69 minutes following a lightning break, led by Junior, who Joe Manley a merry dance before Evan McLaughlin took control and fed a superb ball through to Akintunde all alone in the penalty area. It looked as if the striker would score his long-awaited third goal of the season, but he hesitated just slightly and that was enough for Aaron Robinson to come in and get a vital block at the last second.

Derry continued to carry the threat as the game entered the last ten minutes and they finally got the second goal when Lafferty played the ball into Akintunde 20 yards from goal, and he held it up, allowing Junior to run through, laying the ball in perfectly for his strike partner to roll a composed and calm finish past Stacey for 2-0.

It was a welcome clean sheet and win for Derry City after a difficult few weeks.