Bastien Hery aims to be a success at the Brandywell 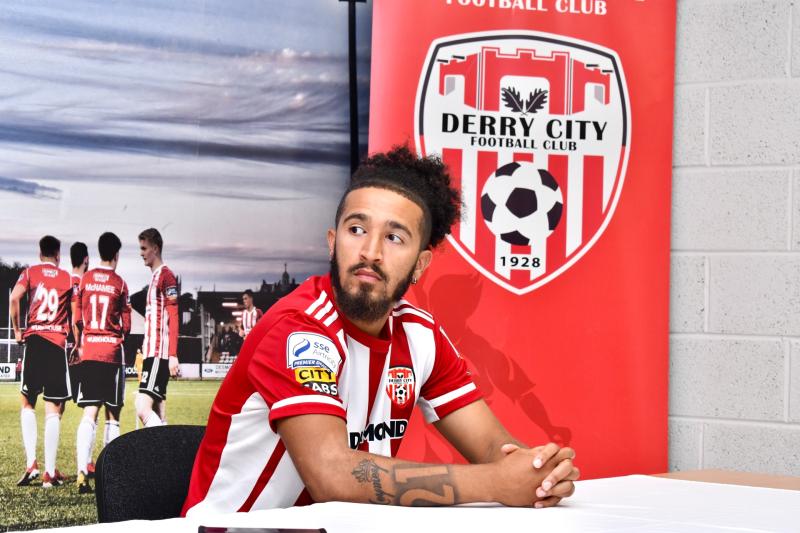 Bastien Hery admits he has a point to prove to himself as he starts life as a Derry City player.

The former Paris St. Germain player has spent the last few years in Ireland, playing with Limerick, Waterford and Linfield, and moved to Bohemians back in January.

He failed to make the impact he hoped he would make at Dalymount Park and is now looking to reignite his career under Ruaidhri Higgins at the Brandywell after signing on loan until the end of the season.

“I think I have a point to prove to myself that I can still do it and still be the player I was before and enjoy my football,” he said.

“I think Derry was the best option for me to be honest. It’s a club with good ambition since Ruaidhri got in charge and that’s what I’m looking for, a fresh start and a new challenge. Ruaidhri told me the way he wanted to play and it definitely matched my way of football.”

Hery goes straight into the squad for Saturday’s game at Longford and he is looking forward to getting back to paying regular League of Ireland football.

“My main objective is to enjoy my football,” he explained. “I know I’m not match fit, but I’ve been training flat out and all I need right now is to be match fit, so even if I grab a few minutes here and there it will be good for me.

Hery, who usually wears the number 21 shirt in reference to the birth date of his daughter Meyko, may have to bear another number at Derry, with Cameron McJannett currently wearing his preferred number. However, the main thing for City’s new midfielder is just to settle in at his new club and play regular first team football.

“In football you never know what’s next but I’m here to do well and I’m focused on my loan,” he added. “It’s a couple of months and I just want to do well with the club.

“I’m really an easy-going guy and I get on with other people easily. I’m not shy, I’m pretty open-minded so I’m really looking forward to meeting the players.”