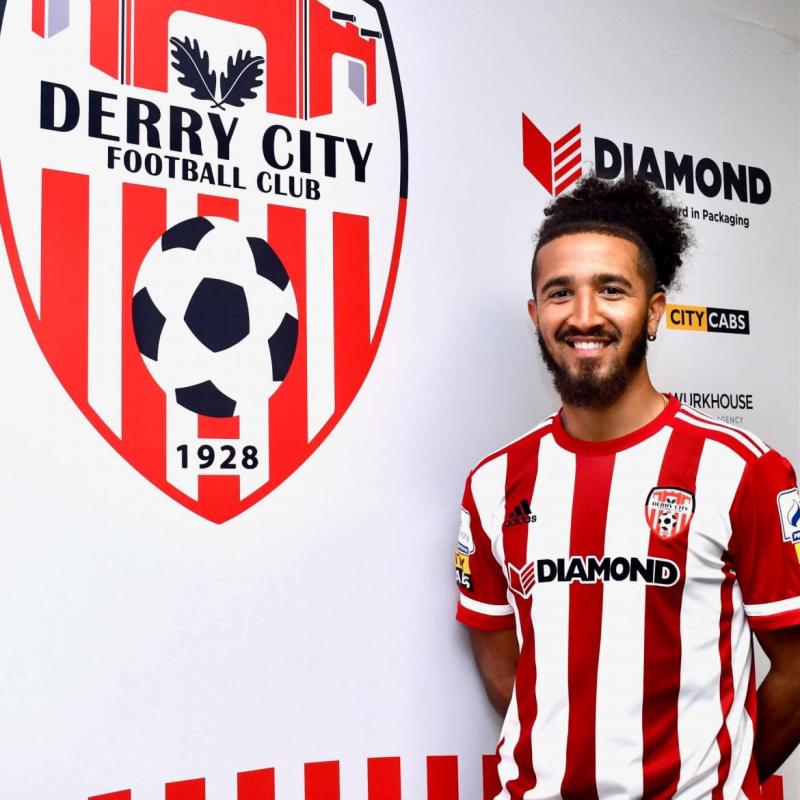 Ruaidhri Higgins believes that Bastien Hery can provide the creative spark that has been missing in his team in recent weeks, after unveiling the midfielder as a Derry City player today.

The 29-year-old joins on loan from Bohemians, and is looking to get his career on track after not making the impact he hoped at Dalymount Park. Hery has League of Ireland experience with both Limerick and Waterford, as well as Irish League experience with Linfield, with whom he won a league title.

He goes straight into the squad for Saturday’s trip to Longford, and Higgins was delighted to finalise the deal.

“He’s someone who I have, for a long time, admired as a player,” he said. “I think Bastien would be the first to admit that the last year, year and a half, hasn’t gone the way that he would have hoped, but when you have that much talent and that much ability, and when you’re only 29 and still in the prime years of his career as a midfielder, hopefully this loan spell will be the start of him getting his career back on track and in turn helps us to keep getting good positive results.”

Higgins has added to City’s attacking abilities significantly during the past month, with Junior Ogedi-Uzokwe and Jamie McGonigle bolstering the attack, but Hery’s presence in midfield could well make a telling difference.

“When you look at the St. Pat’s game in particular, when they go down to ten men, and then the cup game at the weekend, we have a lot of really, really good players at the club, but to have someone who can make that final pass and open the defence, I think Bastien brings that,” Higgins explained. “Structurally we’re good as a team and we’re well organized but we definitely needed a player who can add a creative spark and play a cut throat pass and he can certainly do that.

“His performances for Linfield in Europe spring to mind; he made an unbelievable pass to Kirk Millar away from home in one of the games. He has got that in his locker and I’m delighted we’ve been able to bring that to the club.”

Hery said “I’m very happy to be here and having played at Brandywell a few times I’m looking forward to showing supporters what I can do.”

“I feel I have a point to prove and that can be my motivation to do well for Derry City. It will be good to get started.”