Newbridge bounce back to winning ways against Magherafelt 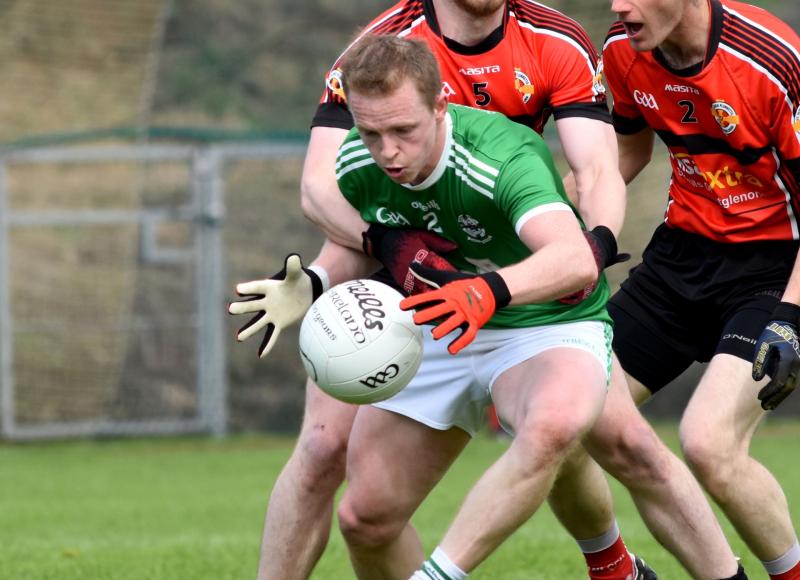 Their burst out of the blocks at the start of all four quarters was the key for Newbridge's deserved victory at Rossa Park.

Danny Heavron always looked dangerous for the home side who had much joy from their kick-outs into the spaces on the wing.

The 'Bridge moved into an early three-point lead with scores from Mark McGrogan and brothers Odhran and Aidan McGlone.

A '45' from Shea McGuckin and two frees from Niall Higgins kept the home side ticking over, but it was Newbridge who led at the break, 0-7 to 0-5.

Newbridge started the second half brightly and three points from the lively Peter McGrogan put them into the driving seat, with their lead now stretched to four points.

The best part of the game was the last quarter as Magherafelt upped their game, but Newbridge hit them on the break and finished stronger.

One such move led to Odhran McGlone's goal but Magherafelt struck back immediately when Jared Monaghan, now stationed at full-forward, flicked the ball to the net.

Danny Heavron narrowed the gap to two but again the visitors broke and worked a good goal from debutant Calum McGrogan to kill the game. The 'Bridge had a chance for a third goal but Dominic Crozier did well to deny Odhran McGlone.