Cameron McJannett extends Derry City contract until the end of 2022 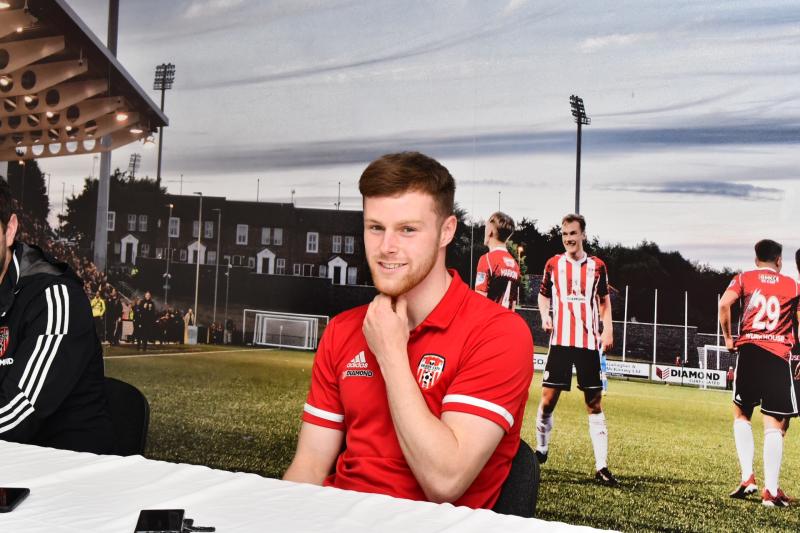 Cameron McJannett claims it was an easy decision to extend his Derry City contract until the end of the 2022 season.

The popular defender, who arrived last summer, has made 29 appearances for the Candystripes, and has started every game this season so far. He is enjoying his first taste of senior football with Derry City and he is eager for that to continue.

“I have been waiting a long time to play senior football,” he admitted.

“I probably stayed at clubs and academies a year too long so it was great to finally play senior football and prove that I can do it.  We are building something here so it was an easy decision really. Ruaidhri has made me excited for what is to come and hopefully we can keep going up that table and do something special.”

With Will Patching now back at Dundalk, McJannett is also the club’s top scorer this season with 4 goals, alongside fellow defender Ronan Boyce. He last scored at Bohemians at the end of April, but has failed to find the net in the 10 games since. He is hoping that changes against Waterford this Friday night to go out on front as the club’s top hitman, especially since he has his own doubts about the validity of Boyce’s fourth goal against Sligo recently.

“The goals have dried up but hopefully I can get my head on one soon. I’m not sure about that last Ronan Boyce goal so I’ll claim top scorer for now,” he laughed.

“It has been great here and I think the results have shown that. We went on a little unbeaten run and it’s something like two losses in 14 so I think that speaks for itself. I come into training every day and I’m enjoying every day and we are starting to win more games so hopefully that continues.”