Derry City 'Will' be fine whatever happens next 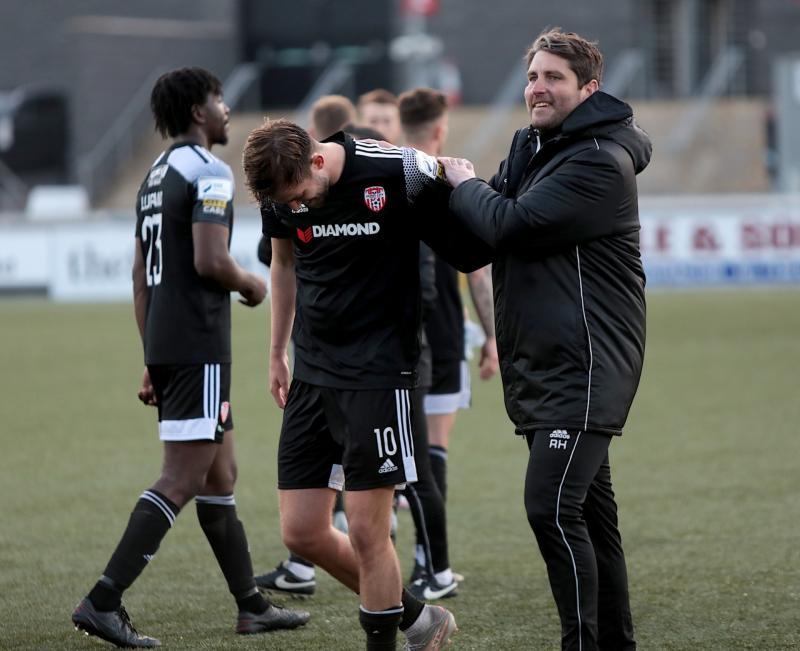 Ruaidhri Higgins urges Will Patching to take the acclaim of the fans at the end of the game against Sligo Rovers at the Brandywell last Monday. Pic by Tom Heaney, nwpresspics

Derry City can survive without Will Patching.if the midfielder doesn’t return to the Brandywell.

That is the view of forward James Akintunde, who has hailed the fighting spirit in the team this season, with the 1-1 draw with Sligo Rovers on Monday night extending the current unbeaten run to 8 games.

The Candystripes travel to Dundalk tonight, without their talisman Patching, whose loan deal with Dundalk expires at the end of the month. Efforts are still ongoing to bring the midfielder back to the Brandywell, with manager Ruaidhri Higgins keen to keep Derry City’s top scorer this season.

Akintunde, who is close with Patching off the pitch, is hoping that some kind of deal can be reached to keep his team mate at the Brandywell, but believes that Derry City will be okay regardless.

“I hope he is coming back. Me and Patching are close so I’ll try and get in his ear,” he laughed. He has been a great player; he has scored the most goals in the team. He is a great person off the pitch as well and he’s a great player to have in the team.

“It would be sad to lose that, but we have a great bunch of boys here and no matter what happens I’m pretty sure we’ll just keep working hard and we’ll keep going right to the end.”

City have fought back to claim 9 points from losing positions this season, with Ronan Boyce’s equaliser against Sligo the latest example of a renewed fighting spirit in the squad. Akintunde believes that attribute comes from the bong which has developed between the players.

“We’re playing some good football,” he insisted. “I still feel like we still have levels to reach, but the boys are doing well. We’ve just bonded more as a team and got closer as a team and we just fight for each other. We’re a very close bunch of lads and everyone puts their neck on the line for each other.

“We were unfortunate to go behind but we showed great character to come back and get a goal. It would have been nice to get the three points but it was good character to come back. It just shows what the team is made of. The boys will fight to the end because we have that never give up attitude, and we just keep going which is a good attitude to have as a team.” 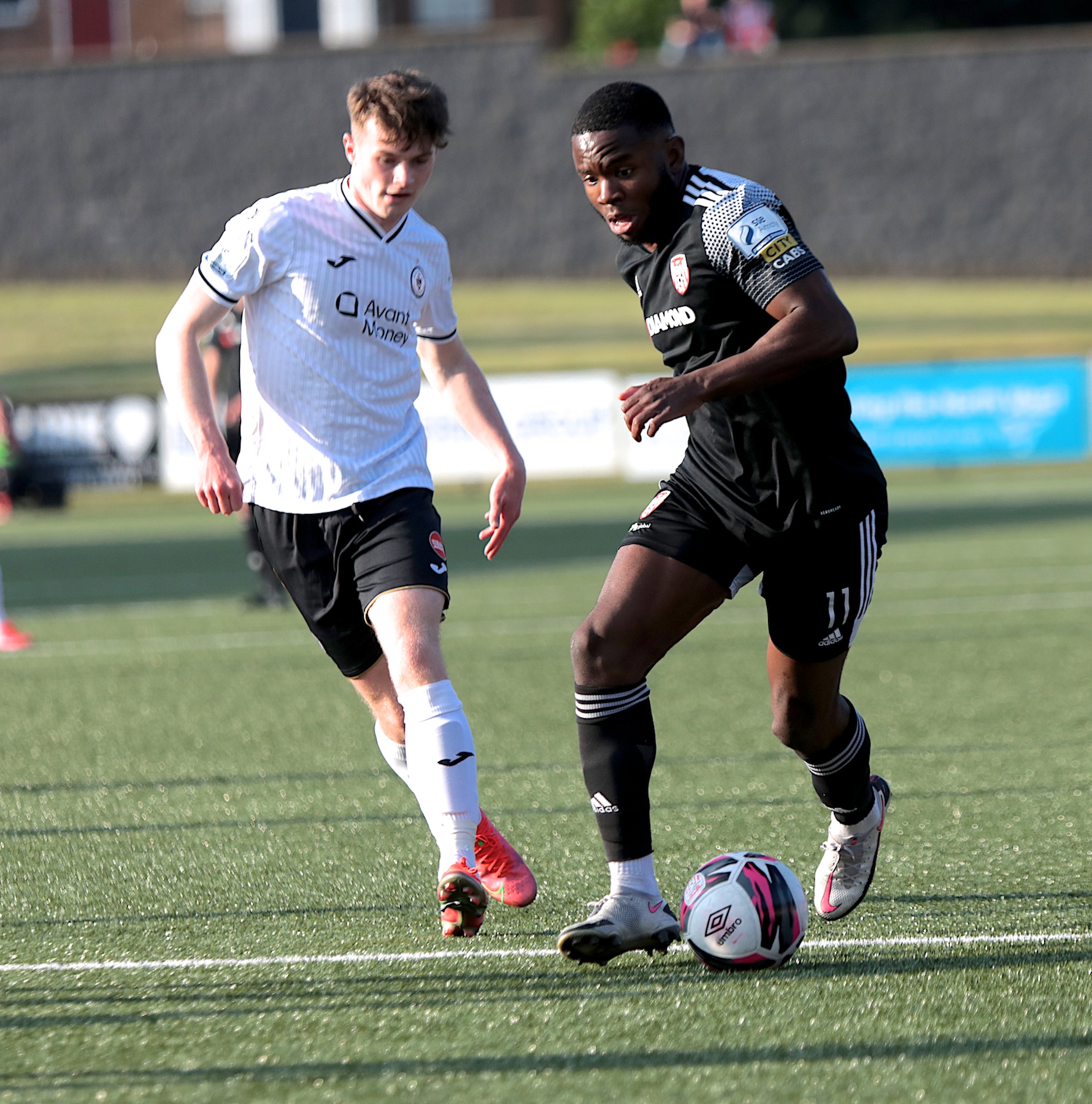 City head to Dundalk hoping for their sixth away win in seven games, but bizarrely have yet to win at the Brandywell in 9 attempts. It is a huge contrast in fortunes, but Akintunde is certain that fortunes will improve at home soon.

“Our performances have been good so we don’t really look at that,” he explained. “We just go into each game and play. We have been doing well recently and getting a run of results and I don’t think we’ve lost in eight games which just shows our character. Even if we’re not winning at home we are winning away.

“It is a crazy situation but we just take each game as it comes and we go in with the same desire and the same heart. We went 1-0 down against Sligo with a goal probably against the run of play, but we showed great determination to come back.”

Dundalk got back to winning ways at Drogheda United on Monday, and with Vinny Perth back in charge, there is hope that a dismal season can turn around for the former champions. City go there hoping for their first win at Oriel since 2013, and their first win over Dundalk in any game in four years.

“Every game is difficult, no matter who we play,” Akintunde added. “We just have to approach the game against Dundalk with the same heart and the same desire. It doesn’t really matter how they have been doing because they won their last game and that shows that they are on an up. The game will be a tough game so we just have to make sure that we’re on our game as well.”