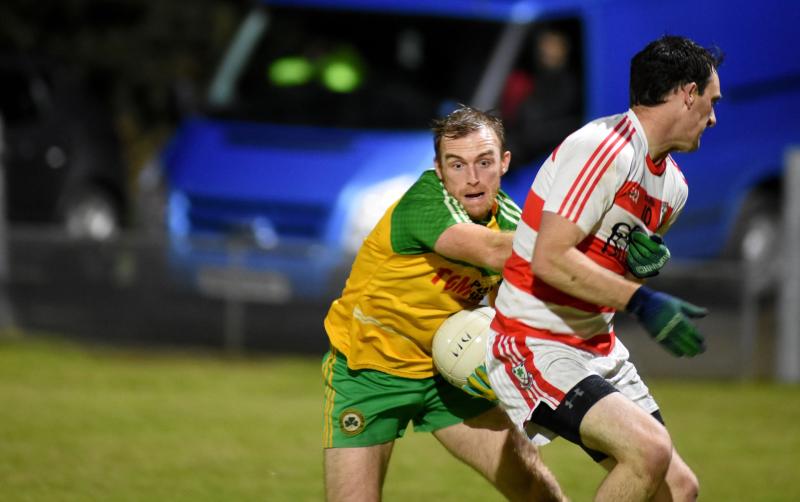 Gregory McGovern made his first appearance of the season in Friday's win over Magilligan. (Pic: Mary K Burke)

Friday's refixed 2020 junior final is a contrast of traditions as Craigbane and Desertmartin do battle with the chance of winning two championships in the same calendar year.
Desertmartin have won the senior championship once, in 1953, and won two junior championships (1950 and 1968). By contrast, Craigbane lead the way on the intermediate championship roll of honour with seven titles and have twice won the Ulster title.
Both clubs have suffered relegation following the restructuring of the leagues, but are now benefiting from their underage development.
Desertmartin's success has been more recent with their 2020 U16 and minor teams winning their refixed championship finals. Craigbane won an U16 title in 2016, with many of the players going on to play their part in Ulster success at school level with St Columb's Derry and St Patrick's and Brigid's Claudy, as well as reaching the MacLarnon final under the auspices of Cathair Dhoire.
“We had a rough patch,” outlines Craigbane skipper Brian Rainey, who coached the Claudy school team to Ulster glory.
“We got relegated and had a number of people away in Australia, so we had to hold it together. We knew there was some great work going on at underage and we are seeing the fruits of that now. We have fantastic young players who are more than capable of stepping up and playing senior football.”
Oisin O'Donnell, Naoise Ó Mianáin, Oisin McCloskey, Jude Óg Moore, Fergal Mortimer and Tiernan O'Connor are some of the exciting prospects expected to feature on Friday night. 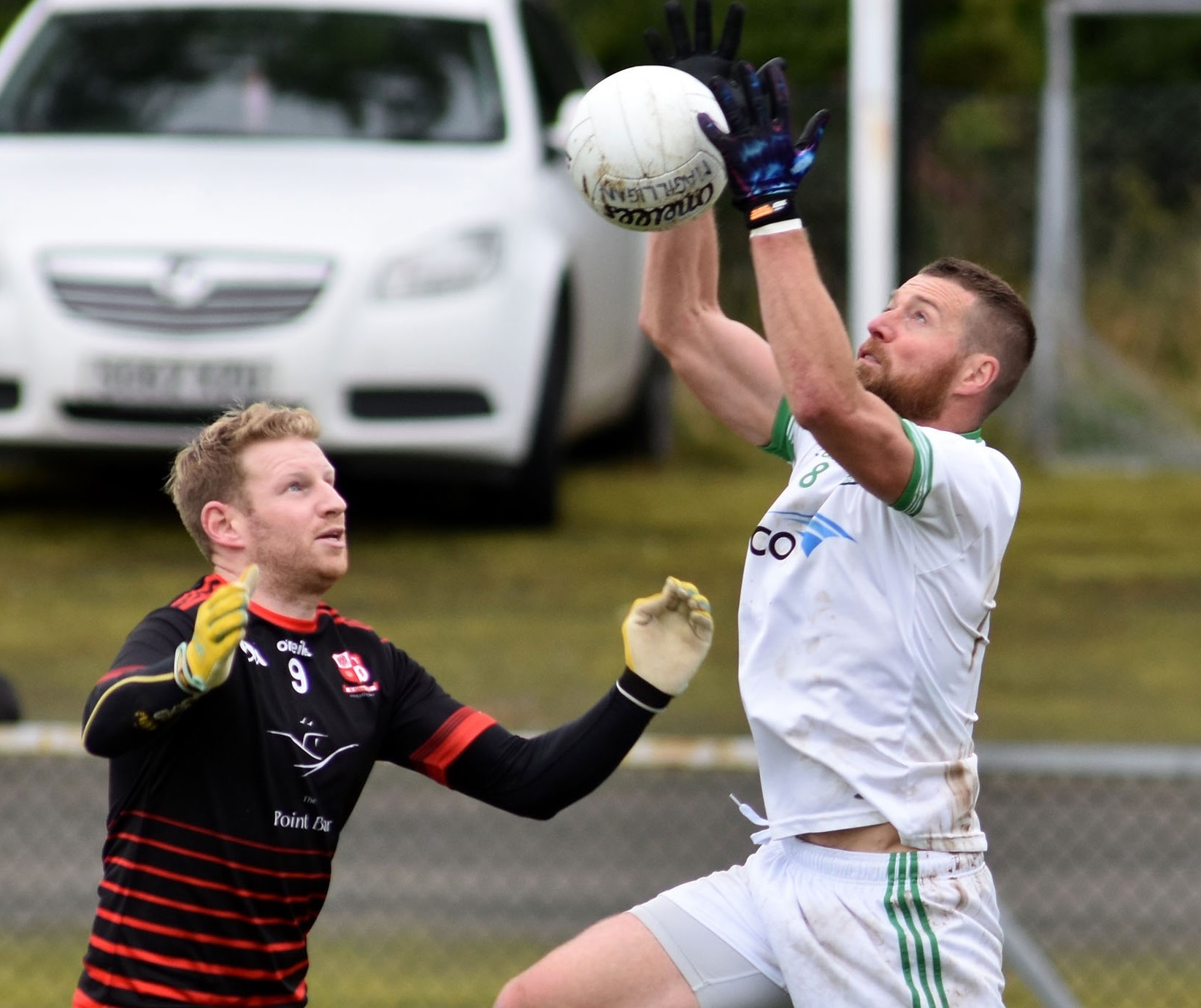 Following October's semi-finals and having the decider pulled five days in advance, due to a second wave of Covid-19 restrictions, Rainey is just happy to be playing it. The build up is totally different. The usual autumn format with two games between the respective rounds of the championship, and the buzz that creates, is absent.
Instead there have been four rounds of senior games to help preparations, but Craigbane had one fall victim of Doire Colmcille's concession.
The recent games are the only form they have to go on. For Rainey, though, last year's championship told him one thing.
“I am just glad to be playing it, after the debacle of last year. The final has been the goal since last October and it has been about getting boys games in the league and getting them ready for it.

“What we can take from it (last year) is these young players are able to compete and to drive this club on to the next level,” he said. “That is the positive from last year...that these boys are the future and a lot of them are ready to step up.
“We hope the next year or two will propel us back into intermediate football, where we want to be playing and these boys should be challenging themselves.”
Rainey doesn't expect anyone to be unavailable for selection, but some of those on their way back from injury will be 'touch and go' for Friday's showdown.
Bliain Gormley made a first appearance of the season in Friday's win over Drum, a game that saw Rory Moore sent off on a straight red card. It will leave Craigbane sweating on his availability.

There is an interesting subplot along the sideline. Craigbane are managed by Slaughtneil's James McGrath. Emmet's duo Kevin O'Neill and Chrissy McKaigue, both having being coached by McGrath, steered Desertmartin to the decider, but McKaigue has stepped away and won't be involved on Friday night.
Desertmartin won't be able to call on their promising young stars from their minor winning team and it has been a balancing act so far in the league between blooding them for the 2021 championship and focusing on Saturday's game.
“The 2021 panel is going to consist of a lot of the younger boys that are ineligible to play in this final,” outlines manager Kevin O'Neill.
“That was the hardest thing because we had to use them sparingly in games coming up to the final.”

Senior player Eamon Burns has stepped away from the senior panel and Joey Quinn's hamstring injury looks to have ruled him out. Paul McCrystal's training has been curtailed due to a spell working in England, but two goals against Magilligan at the weekend will leave him in O'Neill's selection thoughts.
Gregory McGovern and Declan Murray have missed much of the 2021 season with injury, but also played in Friday's win over Magilligan.
The Martin's have Callum Ormsby available and after returning home from his studies in Cambridge on Thursday, he went straight into their team on Friday night.
The sides met in the group stages of the championship in Longfield, with Craigbane eking out a win. In the early stages, they looked like leaking a goal on every Desertmartin attack. As the game went on, Craigbane got a handle on the game, but still Desertmartin had the chances to win the game before coming up short.
Friday will see both teams let loose in the wide open spaces of Owenbeg. If Craigbane can get a foothold at midfield, they have the scoring threat to shoot themselves to victory.

No shocks on the opening day of Derry Division 2