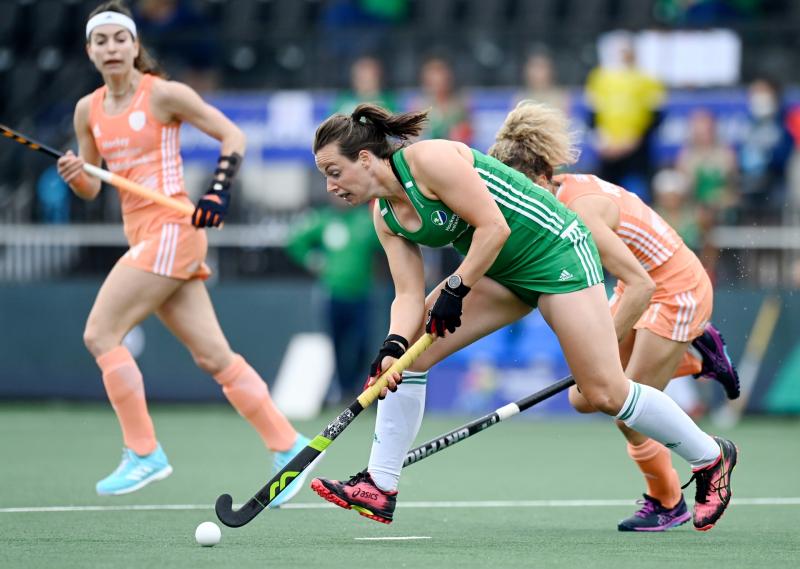 Megan Frazer is hoping to create Irish hockey history with some of her very best friends at the Women’s EuroHockey Championship in Holland this week.

The Derry woman is part of the Irish squad who face key group games against Scotland (today) and Spain (Wednesday), hoping for a maximum return which would secure a top two spot and a place in the tournament semi-finals, something no Irish team has managed before in this competition.

Ireland began their tournament on Saturday past where they played host nation Holland. Current World and European champions, Holland have lost just twice competitively in the last four years and are without question the best team in the world at present.

This same Dutch side broke Irish hearts in the 2018 World Cup final, winning 6-0, and this was the first meeting between the two since then. This time the final score was 4-0 in favour of the champions, but the Irish players, Megan included, see a lot of progression, especially considering the lack of competitive games played in the last two years.

“To open against the home side where hockey is the main sport was always going to be a big occasion and a big event and it didn’t disappoint because it really was,” she said.

“We knew what to expect, and you can only do what you can against the world number 1; we actually played some hockey against them, we actually stringed passes together and executed some of the stuff we wanted to put together.

“Looking back at their goals, they were mistakes on our part rather than world-class finishes by them, so we could be a little bit disappointed with that, but looking at it in context, it was the first game against world number one, it would always have been just a bonus to get a result against them.” 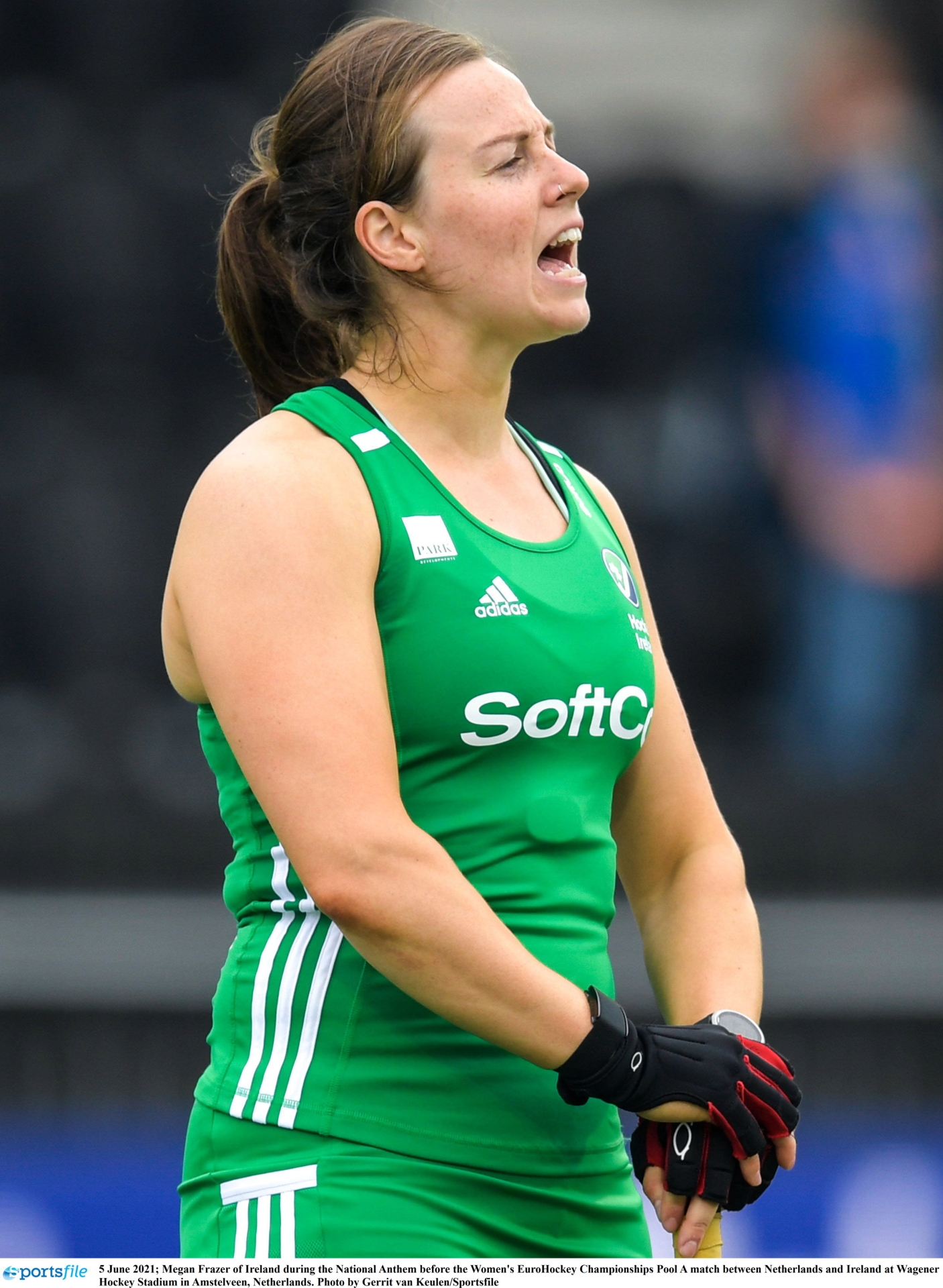 Today’s game against Scotland is perhaps more important for Ireland, as it gives them a realistic chance of getting their first win, which could in turn set them up for a winner take all game against Spain on Wednesday. Ireland have faced Scotland twice in recent moths in preparation for this tournament and won both times, giving them the belief that the win is theirs for the taking.

“This would be a target game for us,” Megan admits.

“We would be quite familiar with Scotland; in years gone by we would have played them a lot and most recently we played them last month in Belfast. They are a local rival as international teams so it is a target game.

“We have been prepping for these games for months now so it will be good to get out and start playing. We practiced a game plan against them a little bit last month to see what they do, and I’m sure we were both holding things back. It will be an exciting one to see how things pan out.  It will be a full-on battle on the pitch because we are so familiar with each other.”

A top two finish is the aim right now, which would not only secure a semi-final spit, but likely qualify Ireland for next year’s World Cup also.

“The World Cup if anything was a symbol that anything is possible,” Megan adds. “It did open that door. Top five is the highest we’ve ever finished; we know our target games and know what we have to do. We’re also in the best group we could be in and it’s just up to us to go out and execute it now. At this stage anything is possible and we actually believe that now. The results can speak for themselves in that regard.” 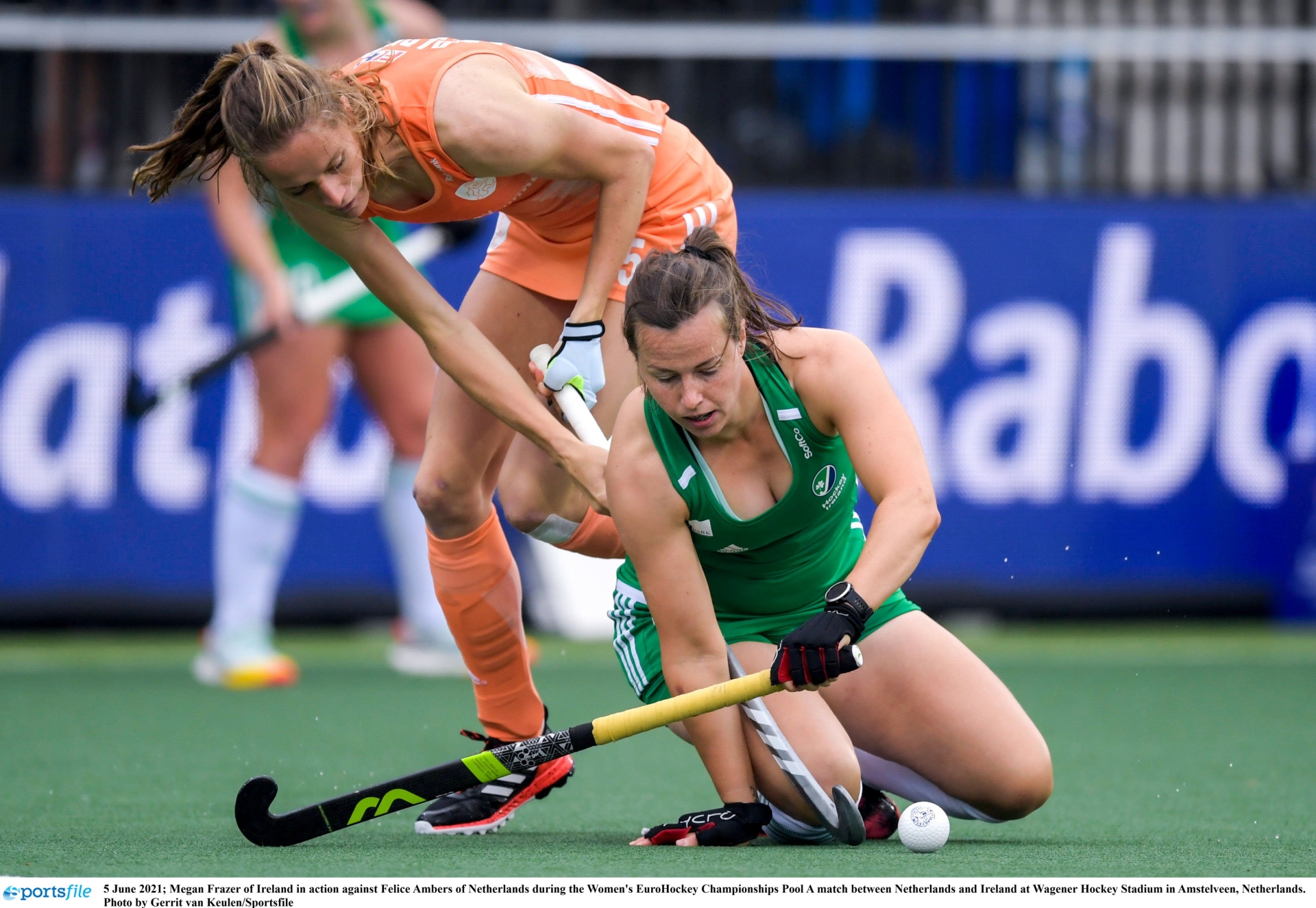 While the Irish team has undoubtedly been progressing in recent years, Megan herself has undergone some real personal challenges following a bad knee injury suffered five years ago. She has been making a slow and steady recovery since, but feels she has missed out on a lot.

“I’ve had a rough few years since 2016 when I did my knee; it’s been really in and out and kind of difficult,” she explains. “I see the girls growing and progressing and becoming better hockey players, getting to grips with more complex tactics, and whenever you are out of that environment you lose that.

“I missed four years of progression in terms of skill development and tactical and physical development as a player, so for me it’s been a completely different path. I’ve just been trying to focus on keeping my knee right. It’s not been too bad the last year or so, so I’ve had a different experience, and I would really like to step up where I am now.

“I would like more game time just to get that experience and that touch back; without even club hockey over the last year I’ve spent a lot of time rehabbing and not playing so it’s an odd one, going from not playing hockey at all to playing your first game against Holland – a shock to the system is one way to put it. There’s not time to get a feel for things or ease yourself back in. You’re just thrown in at the deep end, so physically and mentally it has been challenging.”

Now that she is in Holland, in the midst of the glitz and glamour of a tournament, which has also seen the return of fans, Megan is grateful that, despite those struggles, she is there to experience it, and there to hopefully experience history with some of her closest friends.

“There’s not a lot of people who get to say that or do it,” she acknowledged. “We try and be careful not to take it for granted, but I suppose in the heat of battle, sometimes you can, especially when you’re so close to it. Sometimes a bit of perspective is nice and that’s what we can do and what we get to do and hopefully we are celebrating in a few days.

“It was a spectacle. There were loads of people there, so seeing full stands again and hearing a bit of noise just added to the fact that it’s a tournament now rather than practice games, which we’ve had so many of. There’s so much more buzz about it and with the men’s tournament on at the same time it’s just hockey-mad. It has been brilliant and I’m so happy and glad to be here.

“These are some of my best friends so it’s just class to be here, and spending that time getting to do what we love, and I think we all realise how lucky we are, especially during covid when it has been so hard for people.”