Derry Ladies laying foundations 'one game at a time' 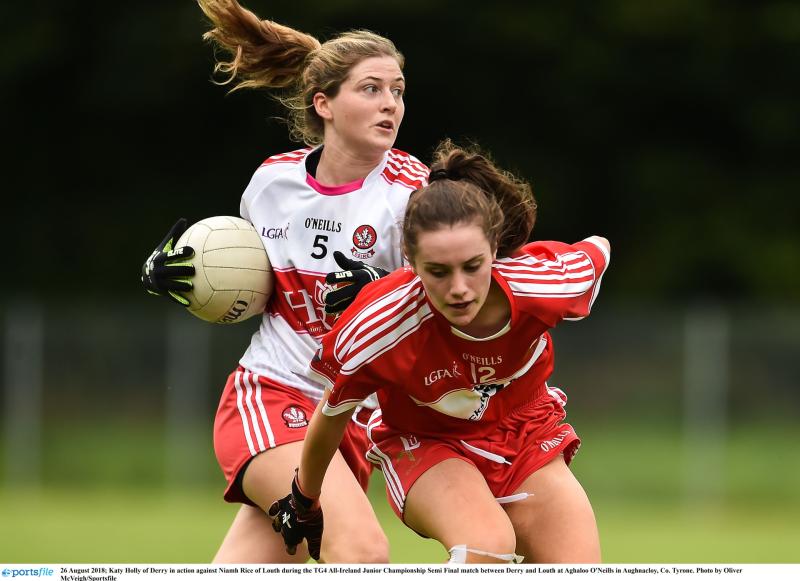 Katy Holly is hoping that Derry Ladies can win against Louth today.

The mood in the Derry camp remains upbeat and optimistic as they head into today’s final group game against Louth.

It is two games and two defeats for Odhran McNeilly’s team so far, a slow start at Celtic Park costing them against Antrim before failing to take chances against Leitrim on Sunday past.

Apart from the early stages of last Sunday’s game, Leitrim were always in command and the more the game wore on the more Derry were forced to play second fiddle.

“We started off very well and we got the ball back very well, but we couldn’t make it count on the scoreboard,” said a disappointed Derry manager Odhran McNeilly afterwards.

“When you look at the score-line you would thing it was a one-sided affair. But it was far from it. If we had taken our opportunities, we would have been in the game the whole way along.

“But we didn’t at this level and Leitrim punished us. They have a couple of really handy forwards as well as a couple of forwards that came off the bench too. They punished us for not making all the possession we had count.”

McNeilly also spoke of the importance of ‘marginal gains’ with each passing game, with the long-term picture ultimately the most important.

There have been winds of change within the Derry camp over the past number of months and it will take more than a few defeats to derail the current feeling that the county is back on the right track.

Katy Holly, who has been involved with the county set-up for almost a decade, acknowledges that bigger picture and believes that each step at present is the right step regardless of any setbacks which may occur.

“We got off to a great start in the game on Sunday and there are plenty of positives to take from it,” she said.

“It is going to be a bit of a learning curve; there’s new management and lots of fresh new faces in the squad, the younger players are showing well and the older players are showing the experience. There are still plenty of things to work on in training this week and hopefully we can go into Sunday’s game and give a good performance against Louth.”

While Derry started poorly against Antrim at Celtic Park, they started strongly against Leitrim, but didn’t register enough scores when they were on top. With each passing game, there is something new to learn.

“We probably struggled to get the ball into the forwards on Sunday,” Katy reflected. “We didn’t take our chances but Leitrim are a very, very strong team and they had a couple of very impressive forwards. They were clinical and they punished any mistakes we made and took their chances more than we did to be honest.” 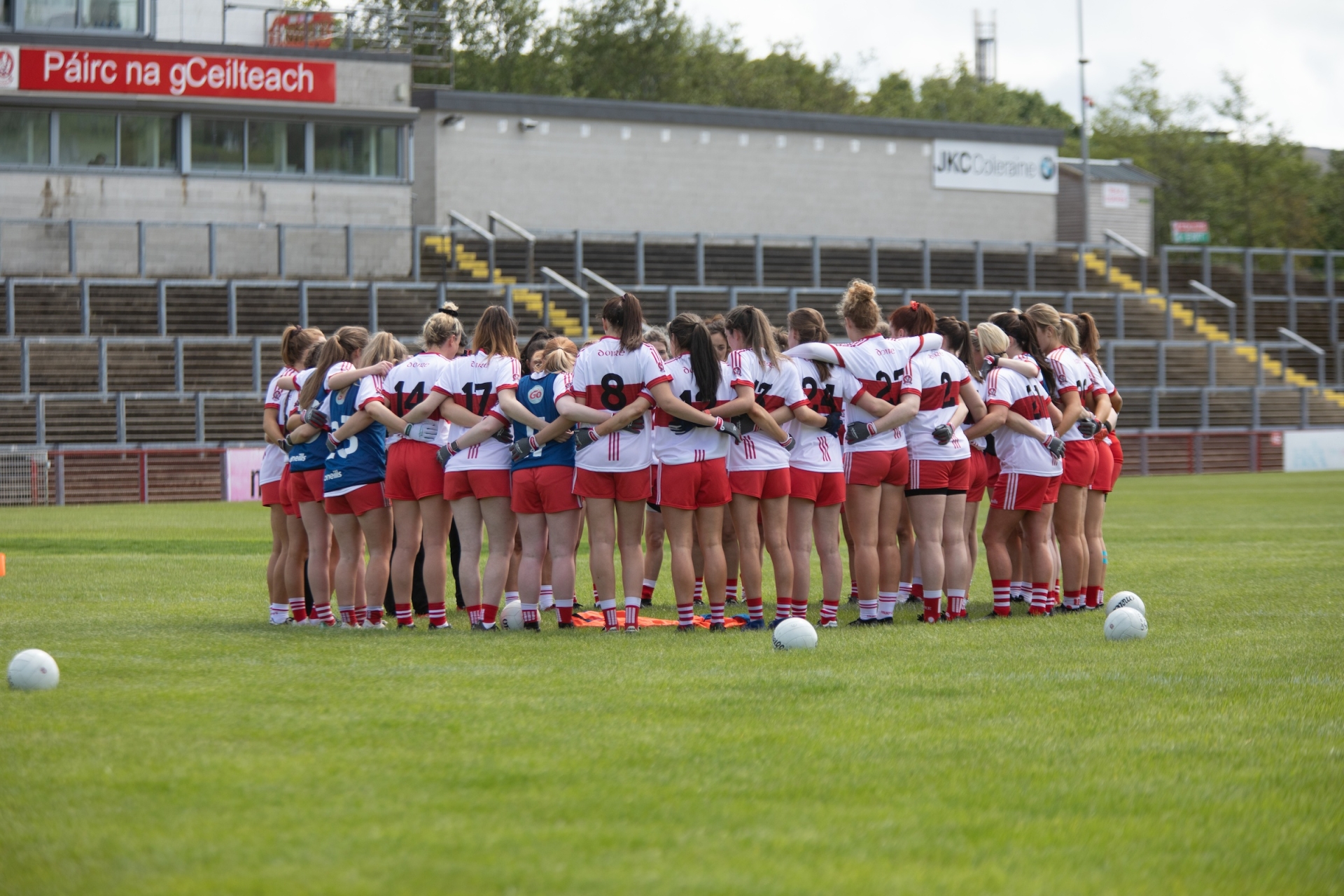 All eyes turn to Louth now with Derry hoping that the final group game brings their first competitive win in 2021. The two teams are well known to each other, and Katy believes that a good performance can set the team up well for the upcoming Championship in July.

“We have played Louth before so we know their threats,” she continued.

“We have done a bit of analysis on them and if we can nullify their strengths and work on our own strengths hopefully we can get a good win against them.

“We’re trying to lay a foundation. The main thing is we want to get good performances in the league and find out what type of team we are and what character we have; whether we win or loss you always learn.

“You want to compete come Championship and come the Championship, it’s a different animal. You think you know a team but when it’s the Championship, you don’t know what they can bring to the table; new players come in, there are injuries and different things happen. But if we lay the foundation in the league and find out what we have to work on, we an iron out the creases come July, I think we have a good chances this year of getting to an All-Ireland final and hopefully winning it.”