3 red cards, 4 goals and minus temperatures - Derry and Drogheda's most memorable game?

Looking back on the night 8 men almost embarrassed Derry City 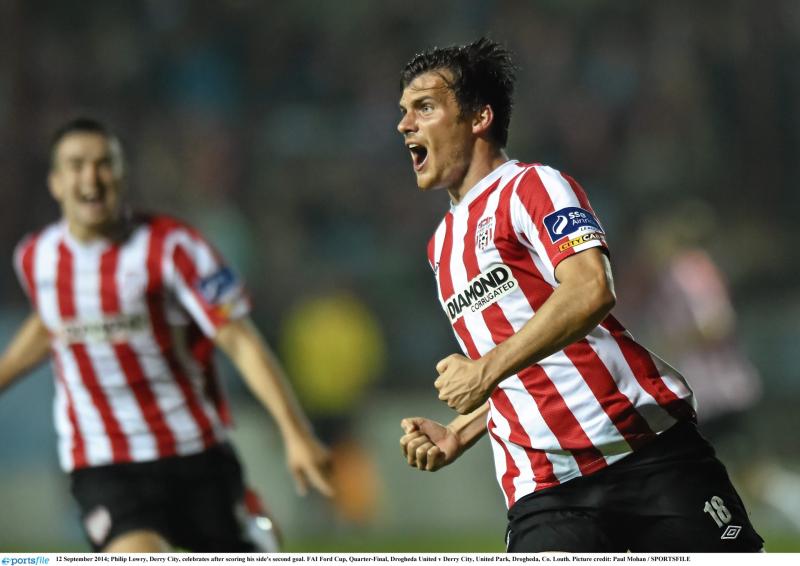 Philip Lowry was Derry City's saviour against Drogheda back in 2014.

Derry City and Drogheda United were involved in one of the most thrilling FAI Cup ties of the last decade when they met at United Park back in 2014.

It was a night of drama from first whistle to the last as City were very nearly embarrassed by a Drogheda team which finished the game with 8 men.

The quarterfinal game took place on September 12, with City hoping to reach their second FAI Cup final in three years.

Things looked to be going to plan for Derry boss Peter Hutton and his players when Ryan McBride scored to give the visitors an early lead.

Drogheda’s joy at equalising through Alan McNally ten minutes later was tempered by a red card to Peter McGlynn, with the hosts facing the prospect of playing with ten men for over an hour.

It got worse for Drogheda as they were then reduced to nine men, with Shane Grimes bring red carded early in the second half.

Incredibly though, the hosts then took the lead with another goal from McNally, and Derry were on their way out of the cup.

The Candy Stripes knocked relentlessly at the Drogheda door but the goal just would not come. It was sheer desperation for City who completely dominated with their numerical advantage.

It was all or nothing and with just five minutes remaining, midfielder Philip Lowry was in the right place at the right time to volley Derry level.

The drama was far from finished however as Drogheda were then reduced to eight men with Gavin Holohan receiving his marching orders.  It seemed certain that Derry would find a winner in the time remaining, but the hosts held on to set up a replay at the Brandywell just four days later.

City won the replay 5-0, with Rory Patterson scoring a hat trick and Michael Duffy and Patrick McEleney also scoring. They beat Shamrock Rovers in the semi-final before losing 2-0 to St. Patrick’s Athletic in the final.