Worst home record in the league, but Higgins relaxed ahead of St. Pat's game

City boss confident his team will eventually get Brandywell win 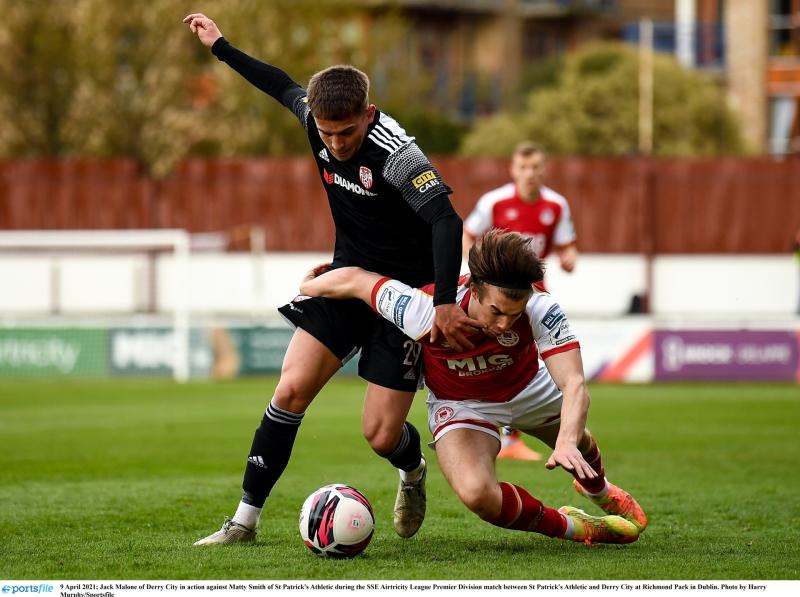 Ruaidhri Higgins is not at all concerned about Derry City’s record at the Brandywell this season, insisting ‘the home win will come’.

The Candystripes head into this evening’s game with St. Patrick’s Athletic with the worst home record in the Premier Division with three defeats and three draws from six games. They are the only team in the top flight not to win a home game a third of the way into the season and face a stern test against a much-improved St. Pat’s side who are pushing Sligo Rovers and Shamrock Rovers at the top end of the table.

That said, tonight will only be Higgins’ third game in charge at the Brandywell and he remains calm over the subject, insisting the home win will come eventually.

“I can only speak about the two home games that I was involved in,” he said. “I know we’ve taken only one point but if we’re being realistic we could have had four. The performance in our last home game against Longford was good and I just want more of the same. The home win will come.

“We were in a really difficult position a month ago and we have kind of got past that. There’s nothing to say we won’t creep back in there again so we have to be 100% switched on in absolutely every game we play. I genuinely can’t look past the next game, that’s the gospel truth. We have to treat every game in isolation and try to pick up three points in every game that we go into.”

City go into today’s game on a high after their 1-0 win at Waterford on Friday, which came courtesy of an early Ronan Boyce goal. That makes it four undefeated on the road with three wins, and a rare clean sheet as an added bonus for manager Higgins.

“I would have taken that,” he admitted. “It’s been brilliant but the players have got to take all the credit; they have been exceptional and a joy to work with and hopefully we can now get a positive result in the Brandywell and that has to be the objective.

Higgins’ former team mate Stephen O’Donnell has transformed St. Pat’s this season and they currently are looking like one of the few teams who can challenge Rovers for the title this season. This will be the first time the two former Dundalk midfielders will meet as opposition managers, and Higgins knows there will be no nostalgia when three points are up for grabs.

“They are an excellent team with good players and good management and coaching staff. I know them all quite well so it’s no surprise to me where they are in the table,” he said.

“Their recruitment I felt in the off season was very, very good. They have strengthened throughout and we will have to be at our very best to pick up three points.”

Meanwhile, both Danny Lafferty and David Parkhouse are available after suspension, while Marc Walsh remains an injury doubt. Parkhouse is in line to start his 50th Derry City game this week and while he is yet to find the net this season, he has his manager’s emphatic support.

“He’s going through something at the minute that every top striker goes through,” Higgins explained. “All David needs is a wee break and his form will come. What I like about him is that even if he’s not at his very best, he still works his absolute socks off and does everything for this team. He is fully committed to this club and he is a Derry City supporter. I’ll support him as much as I can and I know how hard he works every day. It will come for David, I have no doubt about that.”