How do Derry City's best teams over the years compare with unbeaten Shamrock Rovers?

A closer look at the Candystripes' longest unbeaten runs 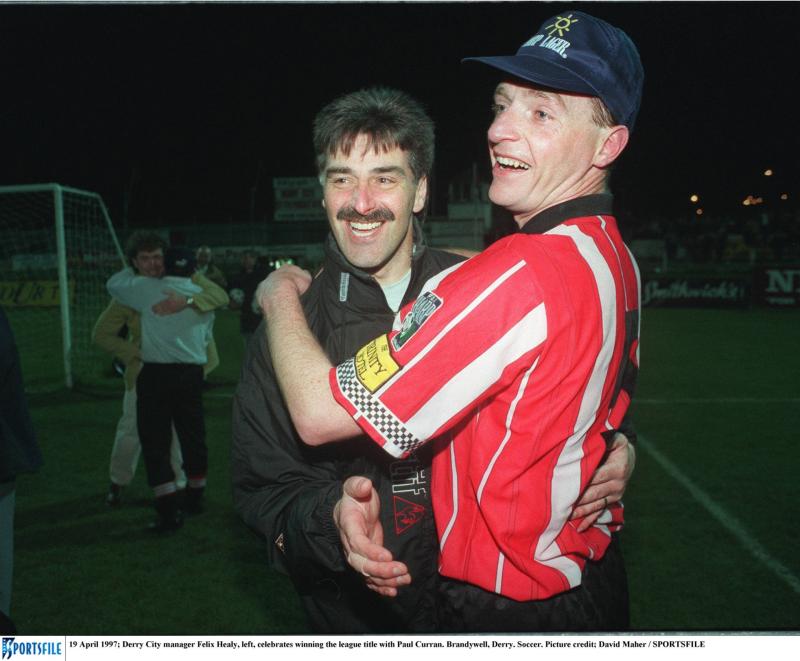 Shamrock Rovers are the envy of the land with a 32-game unbeaten record, but how have Derry City fared in comparison over the years?

As it stands, Shamrock Rovers are 32 games unbeaten, recently passing the long-standing records held by Athlone in 1980-81 and their own Rovers team from 94 years ago.

City have had their moments in the League of Ireland and while they have never quite made it to the heady numbers that Rovers and Athlone have enjoyed, they have built up substantial runs at different points since 1985.

The most recent was under Stephen Kenny in 2011, when City went a run of 18 league games unbeaten, beginning with a 6-0 win over Galway on May 30, and ending with a 1-0 defeat to Shamrock Rovers at Tallaght on October 13. In between that time, City also went 20-games unbeaten in all competitions.

Stephen Kenny also racked up big numbers in his first spell as Derry City boss, going 25 games unbeaten in all competitions between May and October in his first full season in 2005. That included a run of 17 league games, with the unbeaten record ending with a 1-0 defeat in the FAI Cup semi-finals at Cork City due to a very late penalty in October which was quickly followed by a 1-0 league defeat at home to Waterford just three days earlier.

Felix Healy’s title winners began their unbeaten run of 25 games in all competitions in October 1996, all the way through to March 1997, when they lost 2-0 at home to Sligo Rovers. The Candystripes were unbeaten in 17 league games during that time.

For those interested, while City’s treble winners of 1989 did not manage such high numbers, they still hold the record for most successive league wins, winning 10 straight from January to March in 1989. Jim McLaughlin’s side won 13 games straight in all competitions until they fell to a 1-0 home defeat to Shamrock Rovers in April, a loss which ultimately did not mean very much, as City won everything there was to win that season.