Sideline View: It doesn't always need to be Sunday

GAA games should be spread out over the weekend 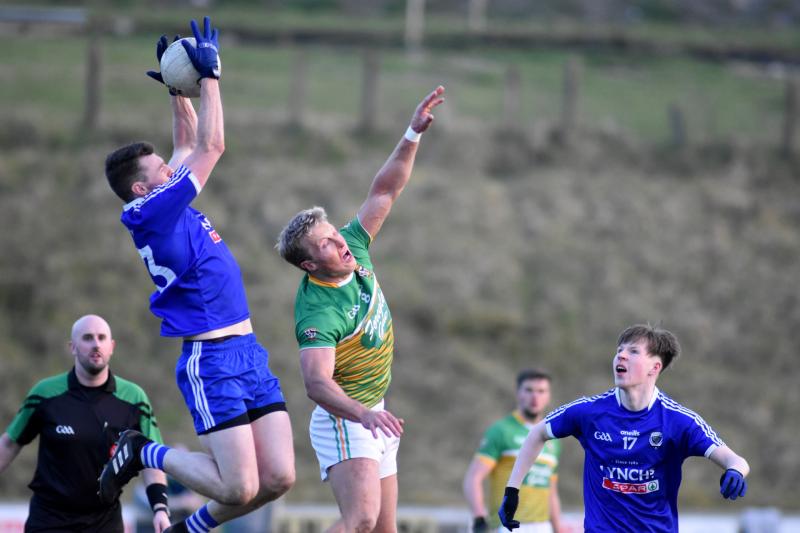 Two o'clock and half three. Before inter-county football shoehorned the club game into whatever orifice it can find, the senior and reserve double header on a Sunday was set in stone across Derry.

With cars filtering in the lane from after three o'clock, stalwarts would perch themselves along the fence to run their eye over the reserve action. The senior manager's ears would often be burning, as some doting Daddies would question their son's non-selection for the seniors.

A stellar showing in the reserve game would have you hauled ashore early, to stay 'fresh' for a cameo senior appearance. Some saw it as elevation. The player himself would be frustrated at having his vintage display cut short.

That's the problem with 'almost' being on the senior team. You're caught between two stools. Everyone else knows where they stand in the pecking order.

That's' how it was. If another player on the reserve team, let's call him Paddy, kicked the last two scores, made a goal line block or emptied some man out over the sideline, he'd dine off legendary status.

“You'd some game Paddy,” somebody would tell him, over the wire, as he pulled on a senior sub jersey. “You'd be starting in the seniors every week if I was over that team.”

By the time Paddy pulls up a stool at the bar later that night, and puts manners in his first pint, his bone crunching shoulder challenge has now exaggerated ten times over.

“He put yer man through the wire,” would be the latest. And nobody is going to dampen a good story.

That was Sunday every week in the club leagues. Tuesday night at training was the time to put in your shout for the senior team next week. And so the cycle continued.

The alternative is playing the reserve game afterwards, with anyone not getting a decent length of time in the senior game will get their fill of football. But the self esteem must take an awful battering as almost everyone leaves after the senior game. It depends what your take is.

As much as that model served the GAA well, it has its downfall. With the level of preparation at club level going through the roof, the whole week's diet, rest and social life revolves around the Sunday.

Social media went into meltdown last week, with everyone salivating over their Friday night slot for senior games, like Down's tried and tested formula.

In theory, it is a great idea. Friday night pints. Saturday and Sunday to take your better half or family out for the day Training on a Monday and Wednesday night, ready to go again.

There are two drawbacks. At the height of the Celtic Tiger, with players working in Dublin or further afield, it was a squeeze to get home for a training session at eight o'clock, never mind racing home for six o'clock to play a reserve game as part of a double header.

Secondly, splitting the reserve and senior games to different days leaves twice the amount of travel, for the fringe senior players who will be on both squads, while leaving you back where you started with a reserve game on the Sunday.

For me, Saturday six o'clock and half seven is the answer. It is somewhere in between. It leaves Saturday night free for players to do as they please and get themselves in order for training the following week.

The only people it will affect are those who are mixing their GAA with the local soccer or rugby team. But, maybe this is where a compromise needs to be reached.

In some places, soccer and rugby keep players' fitness ticking over during the off-season. And vice versa.

Rather than going loggerheads, clubs could select a certain number of their games for Sunday until the soccer and rugby seasons are over, before moving to Saturday. It wouldn't be every club.

In a way, it also gives local GAA clubs an advantage. How many times have you wanted to go and watch the crunch game of the weekend, but can't because you have a game of your own.

I always use the example of going to watch Lavey and Ballinderry in a late Sunday evening game. The rest of Derry had the chance to call in on their way home. There was a bumper crowd and an electric atmosphere for players.

Everybody is a winner. So of the 11 games in the Derry 1A and 1B leagues, have half on a Sunday, half on a Saturday and one on a Friday night. Set the dates in stone, which gives players six free Sundays they wouldn't normally have had.

There is the option of taking your kids to the pool, book a weekend away, nurse a hangover or watch a county game. The licence to do any of those things will make GAA less of a strain on the weekend.

The Sunday fixture does suit the supporter, but they aren't obliged to go to a game every weekend and if they do, it'll take up three hours at the most.

Players are different. They'll dedicate Tuesday, Thursday and Sunday, with all the sacrifices they make in between. Their voice should be heard above the rest.

Imagine the weekend Paddy would have, living off kicking three points to win the reserve game and pummelling the opposition's hatchet man in the process.