'Derry City was the saving grace of the League of Ireland' 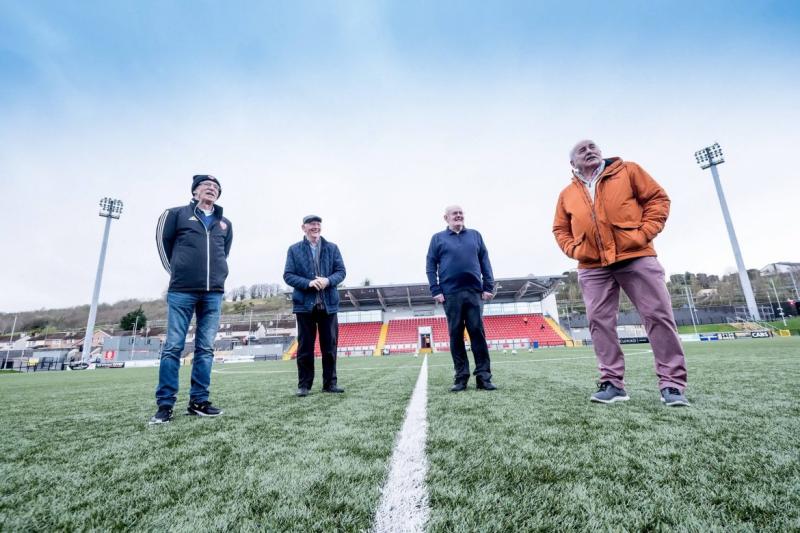 Declan Devine is hoping that the BBC documentary based on Derry City’s early days in the League of Ireland will reignite passion for the club amongst local football fans.

‘Different League: The Derry City Story’ will broadcast tonight on BBC One NI at 9pm and tells the story of the rebirth of the club following 13 years in limbo following its departure from the Irish League in 1972.

Guy King’s film explores the first five years of the Candystripes’ footsteps in the League of Ireland, from their first game against Home Farm all the way to the treble success of 1989 and the European tie with Benfica.

Current City boss Devine, who was only 12 years old when City returned to football, still remembers the excitement in the city at that period.

“I remember it like yesterday, the walk down for the Home Farm game and the crowds and I remember the Shamrock Rovers friendly,” he said.

“It was just a special, special time, and something that I’m hoping all our players will look at and realise the magnitude of the football club they are playing for. The place is steeped in tradition and we’re very privileged to be where we are and I’m really, really excited to see it.”

History shows just how significant the return of Derry City to senior football was at the time, with thousands of fans travelling the length and breadth of Ireland in their excitement.

“It was incredible and to be honest it was the saving grace of League of Ireland football,” Devine continued.

“When you’re taking over 5,000 people to away games, the crowds were helping sustain football for the opponents. It is a magnificent part of our history. We have to strive to get that back, let’s not look past that. As a city it should give us something to be proud of but when you think of how the club has evolved over the years, it would be absolutely fantastic to attract those people back again.

“We haven’t had a supporter in the ground for over a calendar year and it’s going to be key that first and foremost we do our side of the bargain and try and improve on recent results, but what a magnificent history we have as a football club and we have to strive to get that back.”

Devine and his players are preparing for a huge game against Dundalk tomorrow night but the manager is hoping that those same players will take a lot from tonight’s documentary, which will again highlight just how important the football club is to the people of the city.

“I think it’s amazing and I’m really excited to see it,” he added. £I’ve heard so much about it. The four guys who are involved in it deserve huge credit.

“This football club is an institution that’s the heartbeat of our city in my opinion. It is so important to the people of Derry. We need to be doing more to ensure that togetherness is there again. When I first came into the club I said I wanted to get the place going again and to be fair in that first year this place was special, it was really special. Whenever we were struggling the crowd really got behind us and that’s based on the history from 1985 on. Whenever tough times come on, the people of Derry tend to come together and that’s what we have to do as a team now.

“The people of the city in 1985 in the film really rallied behind the club and we’re crying out for that again. It can’t come quick enough before we get bums back on seats here.”