Shamrock Rovers come to the Brandywell undefeated since September 2019 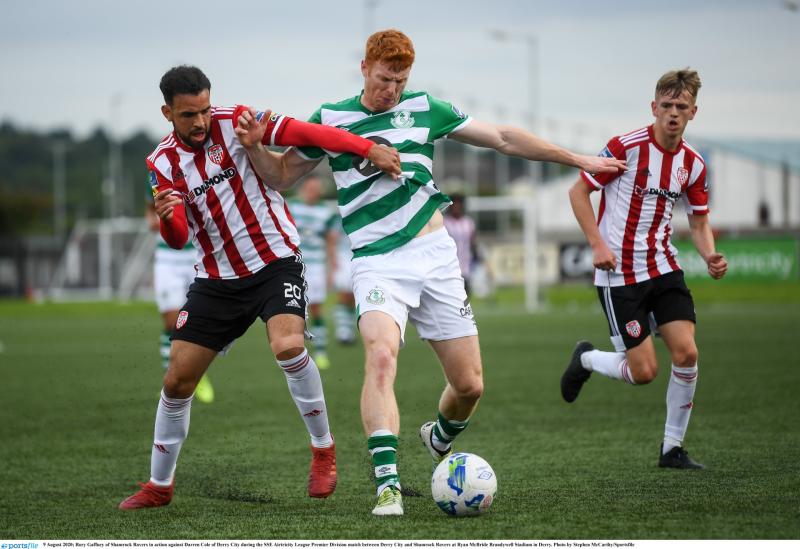 Derry City are aiming to become the first team to defeat Shamrock Rovers domestically since September 2019 when they meet at the Brandywell this evening. Kick off 7:45pm

Declan Devine’s team have endured a horrible start to the new season, losing three from three and they currently sit bottom of the Premier Division. Few are giving them any hope against the champions today, but with nothing to lose, this could well be an opportunity for the Candystripes to kickstart their season.

Despite the poor start, Devine is standing by his players ahead of tonight’s game, insisting that they can be a match for anyone on their day.

“I’m looking forward to the game, I really am,” he said.

“It’s been so difficult over the last couple of weeks in terms of the way we’ve lost football games. It’s not acceptable, it’s not what we want to be.

“The players, we’ve spoken about it, it’s not who we are as an identity as a football team, that we’re making it easy for our opponents. That has been the key, we have lost games we shouldn’t have lost and we’ve made decisions that we shouldn’t have made.

Devine knows the pressure that he and his payers are currently under following the poor start, but he is not shying away from it.

“The pressure has to come on me. I take responsibility, it’s my job,” he acknowledged.

“I don’t think I’ve ever lost three games on the spin before and it’s just not a nice feeling, but what do you do? Do you throw a white flag at it? You don’t.

Darren Cole, who has missed the last two games, is back in contention for tonight’s game while Danny Lupano, red-carded at St. Patrick’s Athletic at the weekend, is suspended.