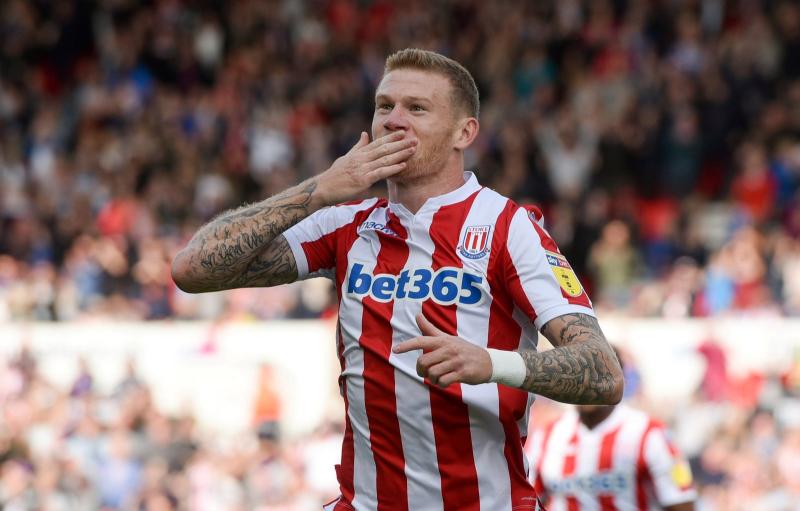 Michael O’Neill has revealed that James McClean may not play again this season after aggravating a heel injury, which he believes was not helped by his recent involvement with the Republic of Ireland.

Despite not making an appearance at club level for five weeks, McClean played three times for Ireland in the space of seven days, appearing as a substitute against Serbia and Luxembourg and starting, then scoring followed, in the 1-1 friendly draw with Qatar.

McClean came off the bench to play the final 14 minutes of Monday night’s loss at home to Millwall, but could now miss his club’s six remaining Championship fixtures, having suffered a recurrence of the heel injury that he originally picked up in February.

Speaking to Stoke City FC’s official website, O’Neill said: “James’ heel injury is still giving him a problem. He hasn’t been able to train since his brief cameo appearance for us on Monday and I’m disappointed with that.

“Clearly we didn’t want him to go away on international duty and firmly believe that has hindered his recovery, and we’re basically now back to square one in terms of where James is at with injury.

“It’s something that unfortunately we weren’t able to stop and we’re very disappointed with how he was handled whilst he was away on international duty.

McClean, who was Stoke City’s Player of the Year for 2019-20, has made 29 appearances this season for the Potters, who currently sit in 11th place.