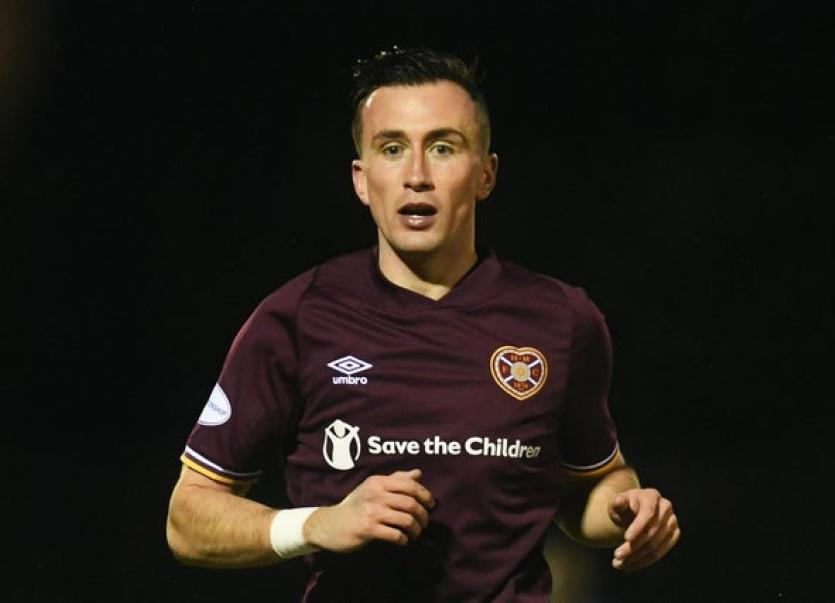 Aaron McEneff scored his first goal for Hearts against Alloa.

Aaron McEneff scored his first goal for Hearts to leave them on the verge of the Scottish Championship title.

The former Derry City and Shamrock Rovers man, who joined the club in February, struck the fifth goal in Hearts’ 6-0 victory over bottom side Alloa last night.

The win took Hearts to within two points of the title and left the visitors rooted to the foot of the table.

The title, and promotion to the Scottish Premiership, could be confirmed as soon as today, If Raith Rovers and Dundee fail to win.

McEneff netted the fifth with 19 minutes remaining, bringing the ball under his control just inside the penalty area before turning sharply and firing the ball into the corner of the net.