Derry City head to St. Pat's tonight hoping to pick up their first win of the season 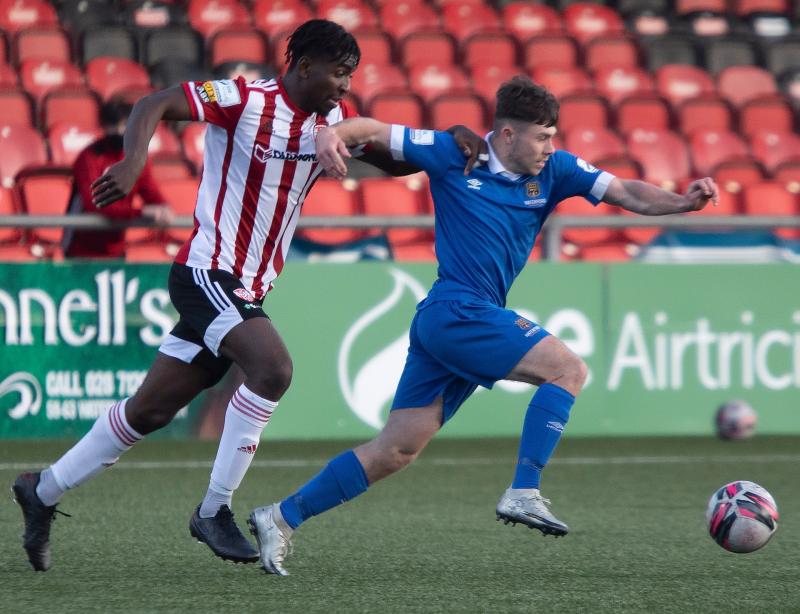 Danny Lupano has no doubt that Derry City can hit back after a poor start to the new season. Pic by Tom Heaney, nwpresspics

Derry City travel to St. Patrick’s Athletic today desperate for a positive result after a poor start to the season which has left them bottom of the Premier Division.

Defeats to Longford and Waterford have placed the Candystripes under mounting pressure as they head to unbeaten Pat’s looking for a reversal in fortunes.

It could well be a defining few days for Derry City, who travel to Inchicore before returning to the Brandywell on Tuesday to face league champions Shamrock Rovers. Their poor start, whilst unexpected, could well be forgotten with a good return over the next few days and defender Danny Lupano is adamant that results will come because of the determination and the talent in the squad at present.

“Everyone is positive that things will be fine. The people can see that the performance against Waterford compared to the first game of the season was so different in terms of the application and the hunger. Everything was much better so everyone has to stay positive and thinking about going down to St. Pat’s and getting a result.”