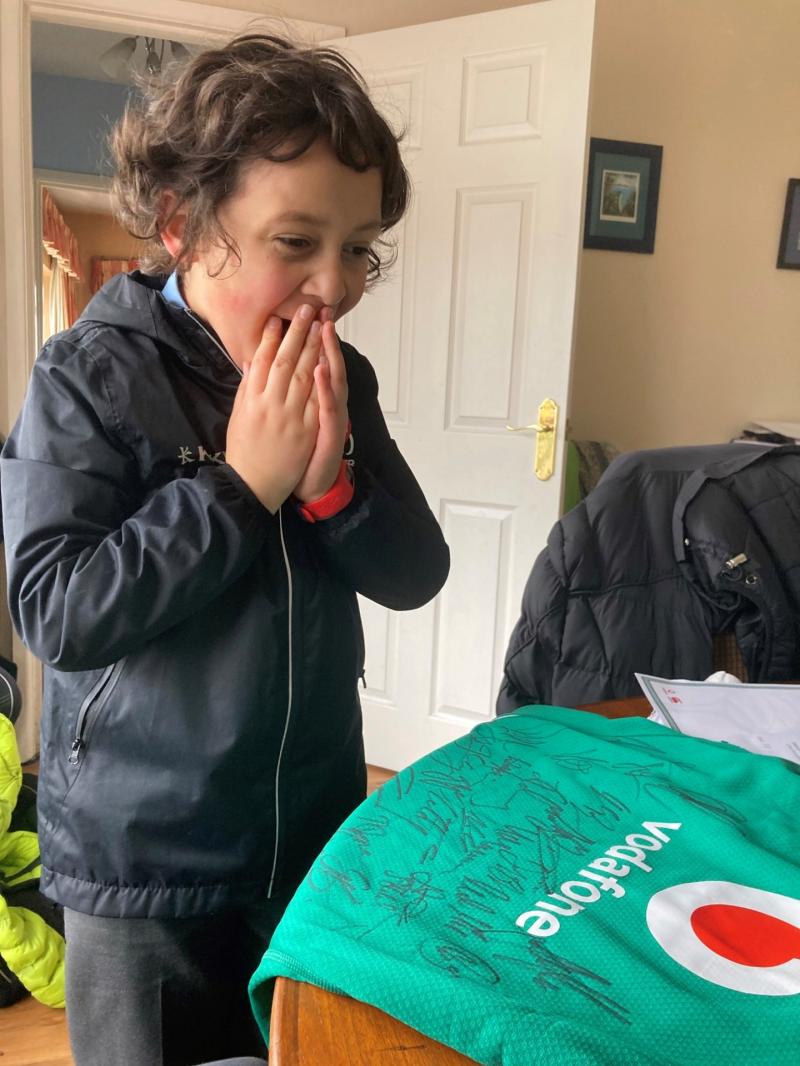 Young rugby superfan and YouTube sensation, Tafu Ha’unga (7) got the surprise of his life winning a Zoom call with Ireland and Munster winger Keith Earls.

It was part of Specsavers Something to Smile about campaign and Tafu, who regularly watches his mum play for City of Derry rugby club, was one of four lucky rugby fans across the island of Ireland who got to virtually meet an Ireland rugby hero.

Specsavers are the official opticians and audiologists for the IRFU and to mark this year’s Guinness Six Nations they asked parents and grandparents to nominate their young rugby mad fans to be in with a chance of winning a surprise one-to-one video call from Keith Earls, Jordan Larmour or Garry Ringrose.

Tafu, whose family live in Coleraine, was nominated by mum Joanna and dad Tane and after his chat with Keith about all things rugby, Tafu decided to dedicate an episode of his very own YouTube channel ‘Tackling with Tafu’ to his sporting hero Keith.

Tafu created Episode 7 ahead of the Ireland V England game and after the match said: "It was an amazing game. Keith Earls’ try was brilliant and I think he got some advice from Tackling with Tafu."

Tafu was thrilled when he realised that Keith had watched his previous YouTube videos and he definitely wants to continue making more episodes and is really looking forward to going back to playing mini-rugby at Ballymoney RFC along with younger brother Lotu.

As well as chatting about the Six Nations, Tafu asked Keith what his favourite game of all time was and Tafu wasn’t surprised when Keith answered, 'Beating New Zealand in 2018’, one of Ireland’s most famous games.

As well as being an Ireland superfan, Tafu is an avid supporter of his mum Joanna and her teammates at City of Derry Women and he’s keen to get back to watching the ladies play when grass roots sport gets back on track.

Mum Joanna said: We’re a rugby mad family and love being involved at club level as well as following the international games.

"My husband Tane played rugby professionally but has retired due to injury and now enjoys being involved with our respective clubs and following the boys’ mini-rugby teams."

"It was brilliant to be able to celebrate our IRFU partnership and put a smile on young rugby fans’ faces like Tafu and giving them a rare opportunity to speak to their sporting heroes.

"The Specsavers ‘Something to Smile About’ campaign celebrates the positivity and delight that a simple smile can bring and this story is an example of just that."