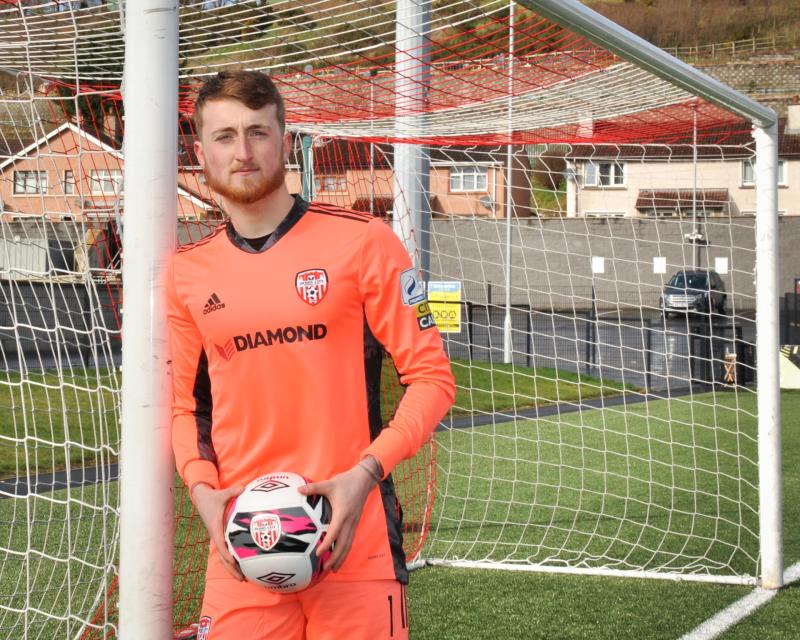 Derry City goalkeeper Nathan Gartside has received the best possible 23rd birthday present after being called into the Northern Ireland senior squad for this month's World Cup qualifiers against Italy and Bulgaria.

The former Watford 'keeper has recently taken over the Number 1 slot at the Brandywell after almost two seasons as deputy to Peter Cherrie. In that time he has made six first team appearances for the Candystripes .

Speaking after the squad was announced this morning, Gartside admitted he was stunned to receive the email the day before his 23rd birthday.

"It was some present"  he laughed "and it definitely came as a surprise. I've been working hard and gearing up for the start of our league season. It's a huge year for me and I've been putting in the hard yards to make sure I'm ready."

"Of course it's a massive honour to be selected for your country. I'm really looking forward to the experience and it's up to me to keep working hard and doing well for Derry City. If I can do that it will give me an opportunity to be a part of the long term plans."

One man who wasn't as stunned by the announcement was goalkeeping coach, Declan McIntyre.

"Nathan has worked his socks off not just this year, but over the last few seasons. He has had to be patient as he waited his chance, but he is absolutely ready. He's here every morning and always has a smile on his face-there's a real honesty about him."

"I worked with Ian Barraclough at Sligo and 'Barra' has been keeping tabs on Nathan during his time with the under-21's. He always wanted to know how his development was coming along and if we was progressing well. I knew Nathan was in his thoughts so I wouldn't say I'm shocked."

"This is a fantastic honour for Nathan, his family and Derry City Football Club. I hope this is the start of his senior International career."

City's first scheduled home game of the season, against Shamrock Rovers next Friday night is likely to be postponed following the call up.