'I have never played a first team game before so I have to come and prove that I can play...'

Hodge hoping to make his mark at Derry City 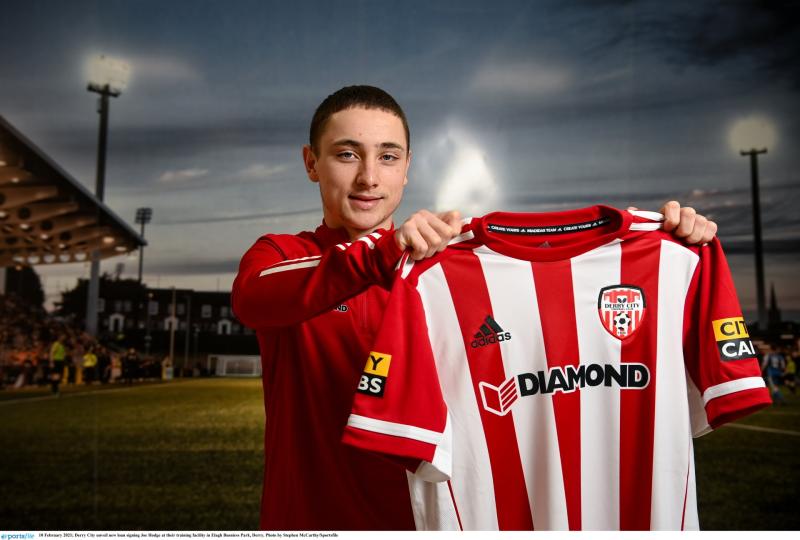 Joe Hodge will be a Derry City player for six months

Joe Hodge is hoping to prove that he belongs on the first team stage at Derry City as he looks forward to making his mark with the Candystripes over the next six months.

The highly-rated 18-year-old has joined the club on a six-month loan deal from Manchester City, and he admitted that the necessity to experience first team football was the driving force behind the move.

“It is a big step to experience first team football for the first time so that’s a massive part of why I’m here,” he said.

“I’m hoping to become a Premier League player and it’s the only way you’re going to do that, by experiencing playing first team football, so I think this is the perfect opportunity for me.

“If you get an opportunity to go and compete in a first team then you would be silly to not want to do it. I know I’ve been desperate for a while to come and experience first team football, so I’m delighted that I got this opportunity.”

There is a lot of hype about Hodge’s move to the Brandywell, with the move seen as a real coup for the Candystripes. The teenager though is just focused on playing football.

“The fans can expect to put a shift in every game. I’m an aggressive player so I’ll run about and I’ll try and give everything every time I play, if I get the opportunity.”