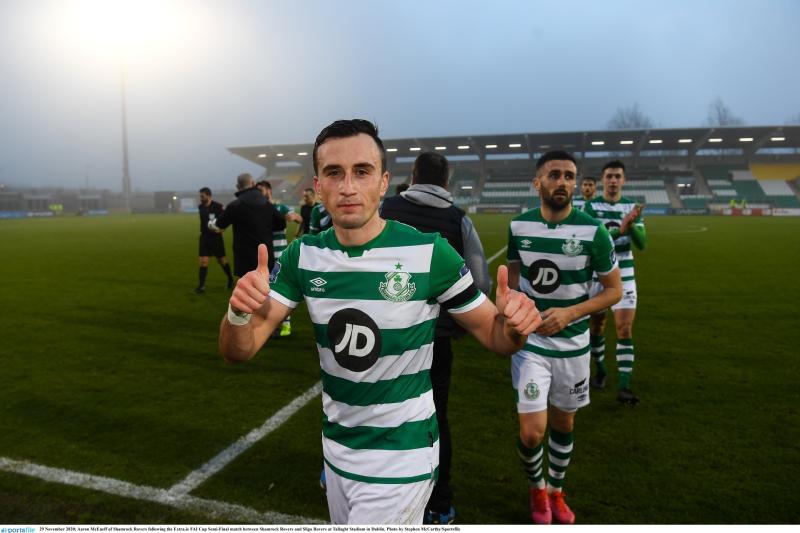 Aaron McEneff is now a Heart of Midlothian player

Aaron McEneff has left Shamrock Rovers and penned a two-and-a-half-year deal with Scottish Championship side Heart of Lidlothian in a deal believed to be in the region of £175,000.

The Derry man, who was part of Rovers' title-winning side last season, has made no secret of his desire to return to football across the water after returning to Derry City from Tottenham Hotspur in 2015.

Hearts are top of the Scottish Championship and racing to SPL promotion as they lead Raith Rovers by 11 points, but have played two games more than their rivals, meaning McEneff could likely be playing in the Premier Division within a matter of months.

Sporting Director at Hearts Joe Savage revealed that Aaron is a player he’s been tracking for quite some time.

“Aaron is someone that I’ve been looking at for the best part of four years and I’m delighted that we’ve been able to bring him to Hearts.

“He’s been one of Ireland’s standout players for a couple of years now, evidenced by his recent international call up.

“I’m sure the fans are going to be excited by him; he’s really energetic, a box-to-box midfielder who can chip in with goals as well."