Former manager Dykes understands the pressures of managing the Candystripes 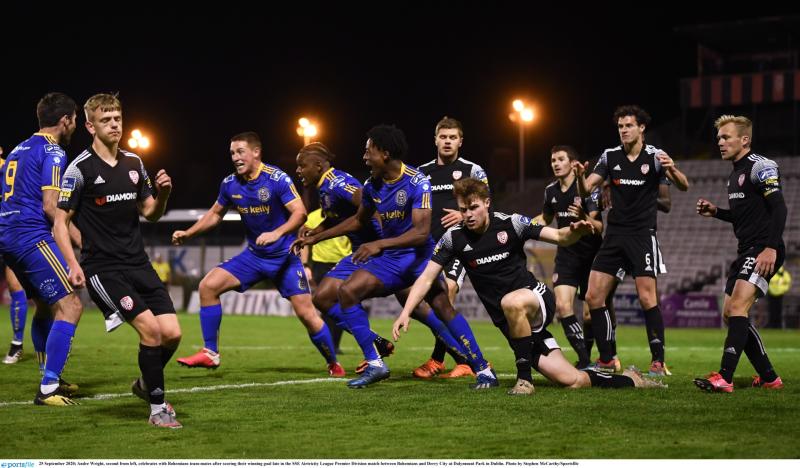 A former Derry City player and manager has urged his former club to look at the methods employed by Dublin club Bohemians in recent years if they are to bring consistent success, on and off the pitch, back to the Brandywell.
Gavin Dykes, a title winner with the club in 1996-97, played for two seasons with the club, making 78 appearances and scoring 3 goals. He also managed the club for 34 games over 2003 and 2004, saving the club from relegation in that infamous play-off against Finn Harps just over 17 years ago.
Dykes, now assistant manager at Warrenpoint Town, has a wealth of League of Ireland experience and knows what it takes to succeed, having won the First Division title and FAI Cup with Sligo in 1994, the Premier Division title with Derry City in 1997 and again with Sligo Rovers in 2012, as assistant manager to Ian Baraclough.
Dykes is still an occasional visitor to the Brandywell and keeps up to date with his former team and after a disappointing year at the club last year, he can empathise with current boss Declan Devine on the pressure he may now be facing as he heads towards another season.
“It's a difficult job and there's pressure on it,” he said.
“The team that I played in were part-time, but Felix was the manager and we had a good core of lads in from Dublin and it worked really well. Derry have now gone full time and if you're bringing in a lot of players from England and Scotland you're taking a chance.
“The football world being the way it is, you lose three games and you're under pressure. It's a really difficult job. In this modern world, does Derry have the financial punch to compete with the Dundalks and Shamrock Rovers? They didn't make Europe last year so I'm sure that will affect their budget this year. We all know that Philip O'Doherty puts a lot of his own money into it and only for him, where would it be? It's a very difficult job and there's no quick fix in it. I think Decky will do well if he's given time.” 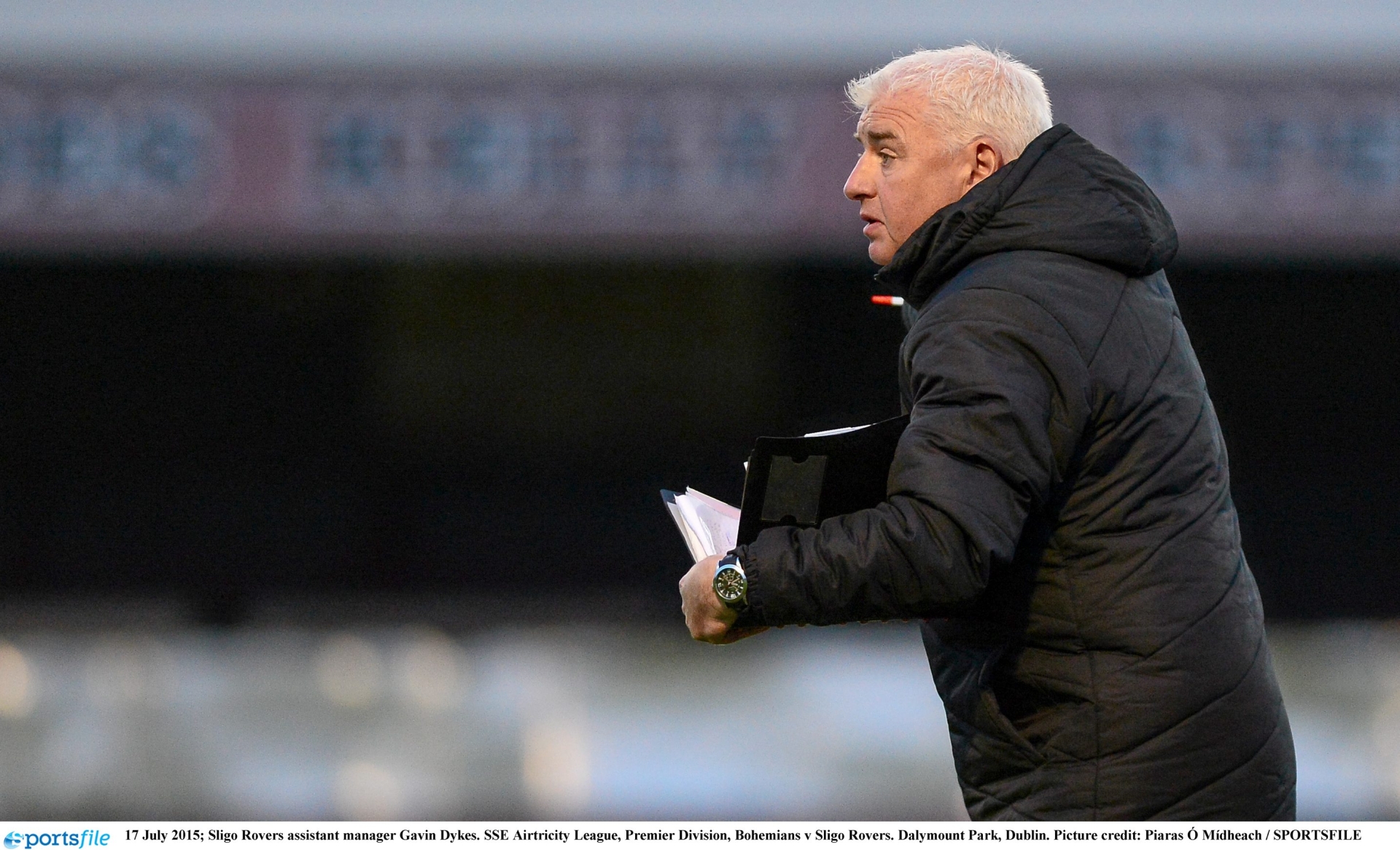 Highs and lows
Dykes has experienced the highs and lows at Derry City and believes that with certain structures in place, consistent progress could be made at the club over the next few years.
“I would always go with local players with Derry City because that helps,” he continued. “They finally got the Academy going and there was a lot of work that went on, but there was always a sprinkle of locals like Coyler, Peter Hutton, Paul Curran or Sean Hargan, there were always a few. You need that, and you need to look elsewhere, but that's difficult.
“I always think the model that suits is the Bohemians model. You have Keith Long and Trevor Croly and they are part-time, but they are part time-full time. They are in Monday Tuesday, then they're off, they have brought players back from England, they have got their education, and they work alongside football and that works really well for them.
“For a club that was in serious trouble four years ago, they are going to be up challenging for titles. It should give Derry hope.
“The other side of that is trying to attract players to Derry, and I know from being manager of Sligo and trying to attract players to Sligo, it's not easy. It's very challenging.”
That challenge is one which many Derry City managers have found challenging over the years. With the recent signings of Danny Lafferty and David Parkhouse, the number if players signed to the club in the past six years now stands at 84, with last season highlighting the risks of bringing players to Derry, who don't know the club, the league or the city.
“Recruitment is key,” Dykes agreed.
“If you have good recruitment, there are a lot of good players out there but a lot of players who might come over as well and see Derry as just a wage packet.
“If you want to take a gamble on a player, you sign them for a season, but if a player does well for a season, one of the bigger clubs come looking, so maybe it should be a policy to sign players on  two-year contracts. I don't know.
“A lot of it is geared by finances. I know when I was manager, Jim Roddy was a gentleman and really, really good to me, but it is difficult. We were part-time back then and we were trying to attract players from Dublin, and you weren't getting the top players from Dublin, but yet you were paying top dollar to get them up the road.
“Maybe they should look a wee bit at the Northern market. At the moment that's flying and there are some really, really good players. Coleraine are going well and they have some good young players and if they got some players who were originally from Derry and brought them back, I think that would be a great start for them. It ticks a box for them because you're getting good players and there's also that local Derry identity with it.”
Pressures
Despite the disappointment of 2020, and the renewed expectation on the manager heading into the 2021 season, Dykes believes that Devine will get the time to show that he can bring success to the club again, and is expecting, based on his own experience as manager, the current boss to get the backing he needs from the fans.
“Derry and Sligo are very much alike in my opinion,” he explained. “Derry will always hold a special place for me and I love going back there. I always found the people there to be very friendly, even when things were going bad, it was really well supported. It is difficult though because you're in a glass bowl. I didn't live up there so I was still travelling up and down and that might have been a wee bit easier.
“Sometimes, with full time players, you go to training in the morning, but what do you do in the afternoons? Idle hearts sometimes doesn't do much good, so I think the Bohemians model is something that Derry should look at.”