Former City captain joins up with John Caulfield once again 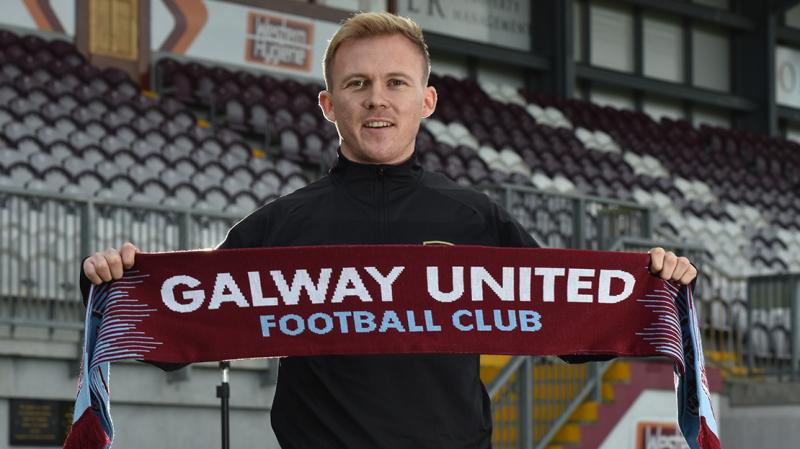 Conor McCormack has been unveiled today as a Galway United player.

The 30-year-old, captain at Derry City last season, had one year left on his contract at the Brandywell, but made a transfer request, which the club had reluctantly accepted.

“I’m really looking forward to the start of the season now. It’s been a busy few days getting the deal over the line – I’m just pleased to finally get it done now.

“John is a great manager, you can see what he did with Cork City, we had great success there together. I spent three years playing under him down there, now John’s come to Galway United, and hopefully we can replicate that success here.

“We will be targeting a strong start and hopefully the fans can get back into the stadium and drive us on until the end of the season.”

It is a reunion for Galway manager John Caulfield and the midfielder who enjoyed success at Cork City together and the manager was understandably delighted to get his man.

“Conor has got great leadership qualities, he’s a top player on the park and with the young squad that we have, I think he’s a perfect fit to come into what we’re trying to build at the club.

“It’s taken a bit of time, Derry have been very cooperative, they obviously didn’t want to lose one of their top players, but Conor wanted to move further down and it’s a great fit for us. I’m thankful to our board for going out and helping to get him into the club and obviously our sponsors too.

“We’re getting a player that has won major trophies and played in several European games. Conor is going to come into our team and hopefully drive it forward, so that we can compete at the top of the table, that’s the reason we’ve gone out and brought him into the club.

“Conor is only 30, he’s played with huge clubs in this league, and he’s won a lot of major honours. I’ve had Conor for a number of years, I’ve seen how he applies himself every day, he trains how he plays, and that’s what you want. His overall presence, not just on match night, but around the training ground and in the dressing room, he’s just a great leader.

“Conor is someone that our young players can look up to, because he’s a thorough professional. We’re really excited to have him at the club.”

McCormack is understood to have had discussions with manager Declan Devine in the latter stages of last season about his desire to move closer to home.

Club CEO Sean Barrett confirmed the move this weekend, adding: We reluctantly accepted Conor's request to move closer to home for family reasons. We also had to be clear however that any move would have to be on Derry City FC's terms and as a consequence, we came to a suitable arrangement with Galway United.

"As a club we would like to thank Conor for his efforts both as a player and as our captain and we wish him every success in the future."