'He has been a shining light in our team' 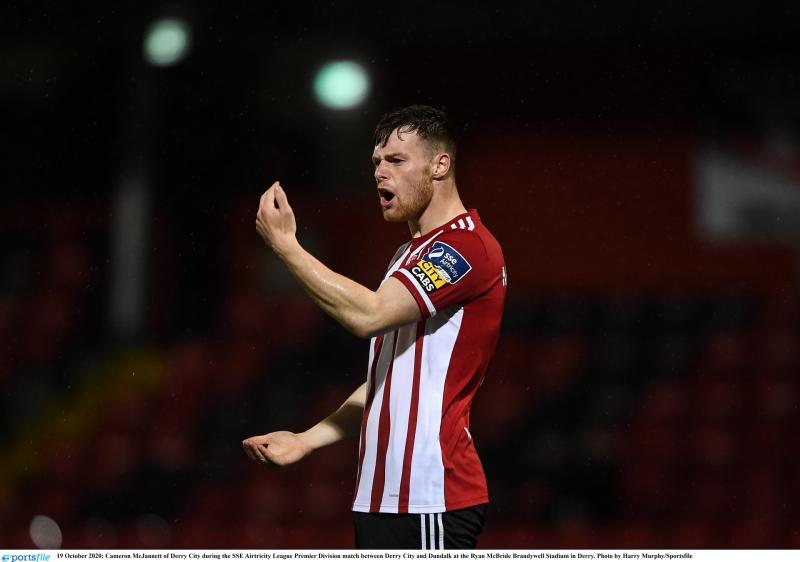 Derry City has announced that Cameron McJannett will return to the club in 2021, the third such player to be announced today.

The defender, who joined the club only last summer, cemented his place in the first team alongside Eoin Toal and featured 11 times for the Candystripes.

Declan Devine was very keen to get McJannett back on board this term, with City’s defence showing a marked improvement towards the end of the season, with five clean sheets in the final 10 games of the season.

“Cameron was brilliant for us last year and I’m delighted to have managed to get him back,” Devine said.

“He has been a shining light in our team in his time here so far and I thought his partnership with Eoin Toal was rock solid for two such young players.”

“He’s a fantastic lad to work with and has a huge future ahead of him. I know Derry supporters really took to him when he was here and I believe this is a big signing for us.”

“We’re building a really good defensive unit as we prepare for pre-season and I’m happy that players like Cameron want to be a part of that.”