James Akintunde will wear red and white again in 2021 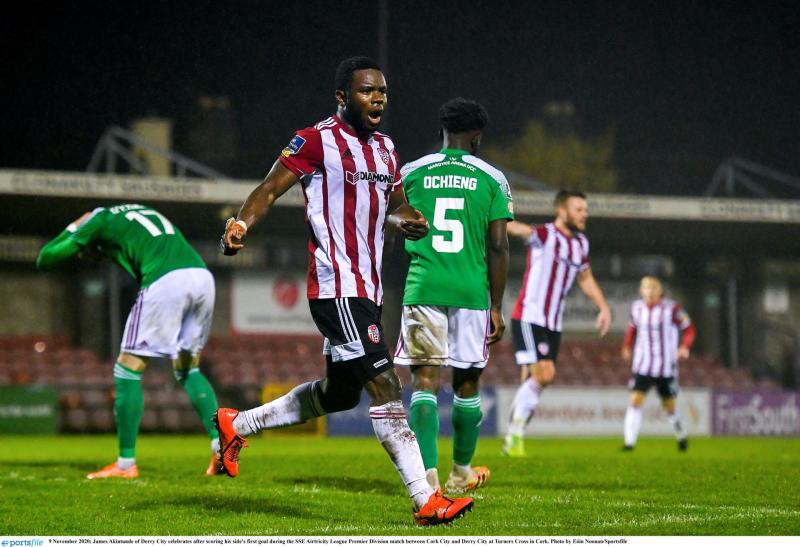 James Akintunde will return to the Brandywell in 2021, the club has announced.

The 24-year-old impressed his manager in his short stint last season, scoring 4 times in his 10 outings in the Premier Division and Devine insists he was keen to bring him back. Akintunde made 13 appearances overall and was top scorer at the club alongside Walter Figueira, despite only joining he club in the summer. The forward found the net against St. Patrick's Athletic, Bohemians and Cork City twice.

“James did a brilliant job for us after the re-start last season even though he would say himself he wasn’t fully fit when he arrived,” Devine said.

“Once again he’s a player we know plenty about and he has the attitude and desire to do well for this club.”

“He trains well and is a pleasure to work with and although he had other options I’m delighted he has decided to come back.”

“In my opinion James has a huge part to play for this club in 2021 and I have no doubt that our supporters will see plenty of him throughout the season.”