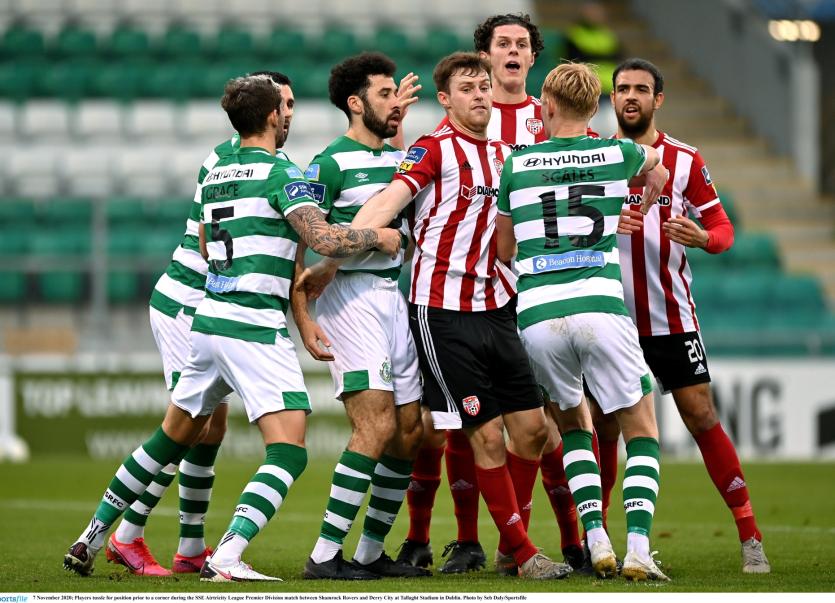 Derry City and Shamrock Rovers will not return to league action until March.

The start of the League of Ireland season will be delayed until at least March 19.

The decision comes following a meeting between the FAI and the National League Executive Committee.

The Premier Division season was originally planned to begin in late February but has now been pushed back until after St Patrick's Day.

League of Ireland clubs have now to make a decision on whether they delay their pre season, which normally resumes for most clubs next week.

The start date for the First Division has also been changed to March 26.