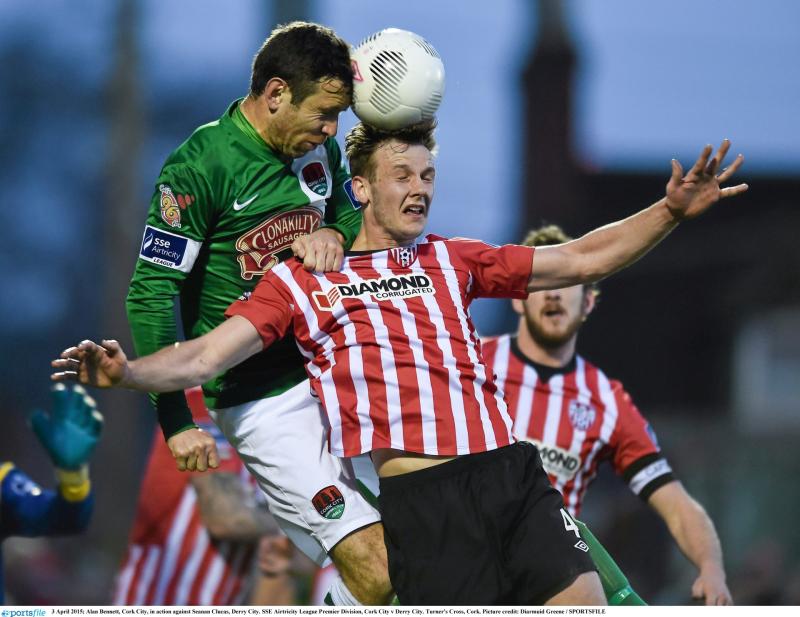 Seanan Clucas joined Derry City in 2015 and made just 14 appearances for the club.

As yet another rebuild gets underway at Derry City ahead of the 2021 season, the Derry News looks back to the players who have come and gone, and come and gone over the space of the last six seasons.

The total since 2015 is at an astonishing 80, almost a third of which have played 10 games or less for the club. Be it the consequences of the short-term contracts on offer at most League of Ireland clubs, more financial incentive at other clubs or signings which didn’t work out, the turnover at the Brandywell has been extraordinarily high.

The 2015 campaign is not remembered too fondly by Derry City fans at all.

Peter Hutton had come in to pick up the pieces of the short-lived Roddy Collins era a year earlier and had done well in Europe before getting to the FAI cup final.

There was plenty of optimism as a result, but poor signings and losing key players in key areas were to take its toll pretty quicky.

They struggled in the league as a result and had it not been for the goals from Mark Timlin, Peter Hutton and his players would have been in desperate trouble. They failed to score in 16 of 33 league games and even went on a horrendous run of 6 goals in 11 games at one stage during the season, one of which was an own goal.

As well as Patterson, City lost Michael Duffy to Celtic, Barry Molloy’s time at the club finally came to an end and Stephen Dooley left for Cork City.

The signing of Anthony Elding up front was last minute and didn’t work out, with the former Sligo Rovers striker scoring just twice in 11 appearances. Hutton brought in reinforcements in attack towards the end of the season, and Ciaran O’Connor found the net 3 times in 10 appearances. Mark Quigley however failed to find the net even once in 15 appearances, and City finished the season with Paul Hearty in charge after Peter Hutton left the club. 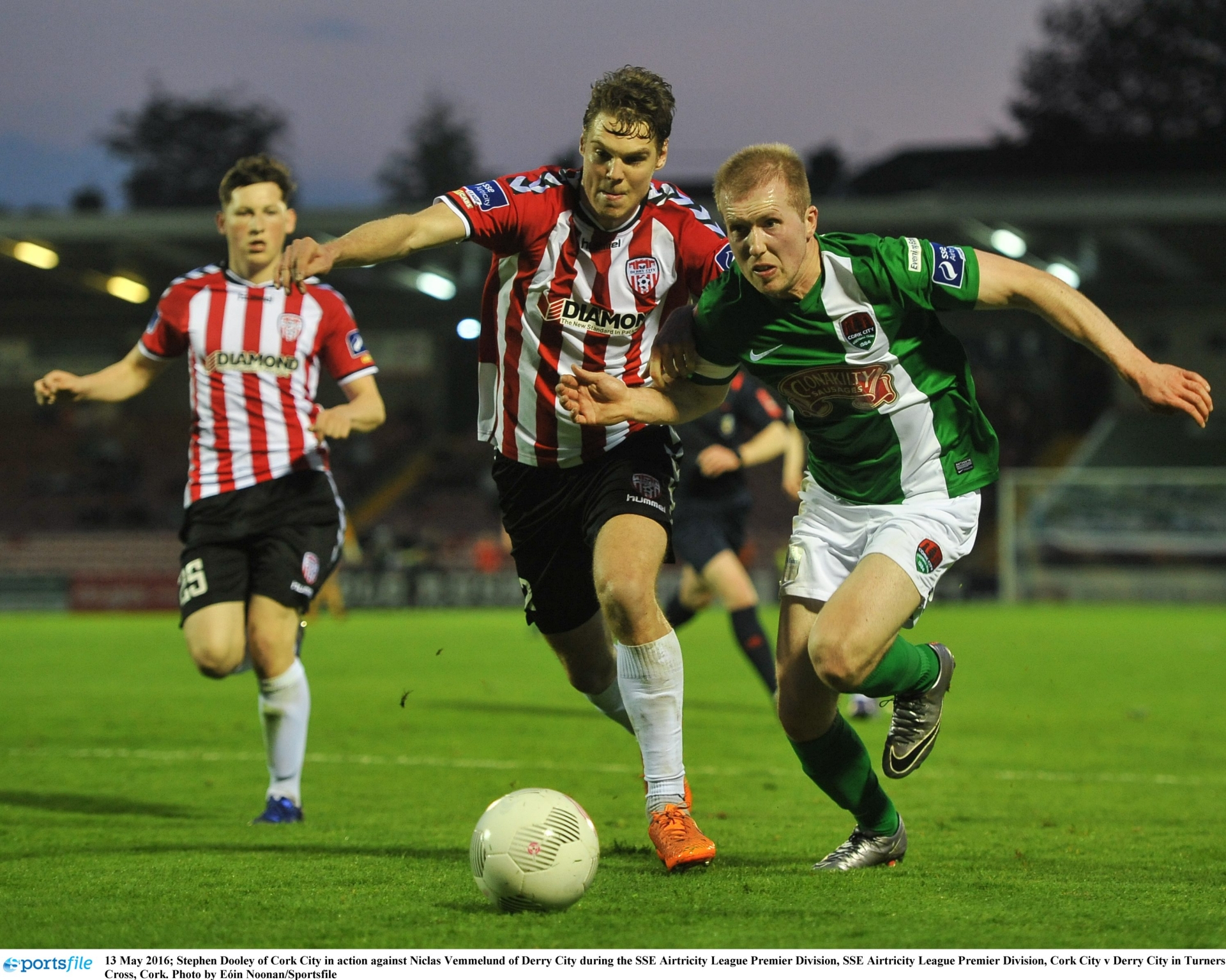 Kenny Shiels’ first season in charge was a vast improvement and a number of good signings saw Derry City move back up the table, eventually finishing third and ensuring the return of European football to the Brandywell.

Of all the new signings, Danish defender Niclas Vemmelund was arguably the best, coming in an immediately strengthening the back line.

Top scorer Mark Timlin had left the club, but significantly, Rory Patterson returned to the club, immediately bringing goals back to the City attack, while unknown Austrian Lukas Schubert proved more than useful when he arrived during the season.

Shiels also brought in some defensive cover during the season, but Spaniard Christian Castells didn’t last long, making only four appearances. Austrian Max Karner, despite being lauded as a signing which the City fans would love, didn’t last either, making only five appearances, while youngster Scott Whiteside was brough on board with an eye to the future.

It was a fine first season for Shiels in charge with City playing free-flowing football once again, and with the goals also returning the fans were much happier than they had been just 12 months earlier. 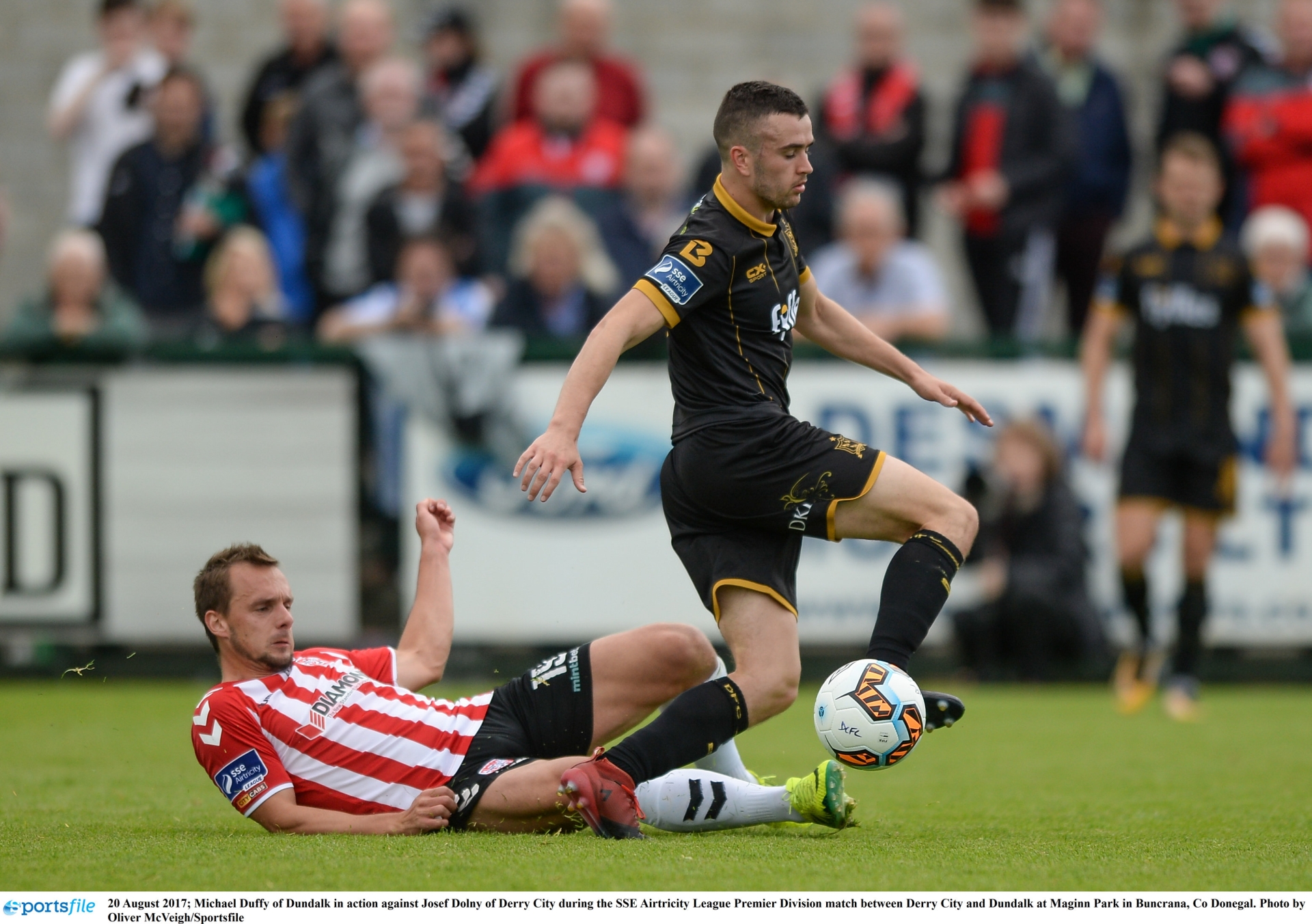 2017 was a year of tragedy at the club and Derry City did extraordinarily well in the circumstances to finish in fourth place and to make Europe once again.

Due to refurbishment work at the Brandywell, the Candystripes were forced to play their home games at Maginn Park in Buncrana. Despite this inconvenience, Shiels’ team started the season brilliantly, winning their first four games, including home victories over champions Dundalk and Drogheda United.

Shiels had also convinced Mark Timlin to return to the club, while Scot Nicky Low had come on board to replace Conor McCormack. It was all looking positive at the club yet again.

Around 30 hours after that Drogheda victory however, the news hit that City captain Ryan McBride had died suddenly. The town went into mourning as the shock reverberated through the city, and the players, as well as the manager himself, were all affected badly.

When the football eventually resumed, City really struggled, winning just one of their next 9 league games.

Shiels sought reinforcements during the season, to boost morale and results, with Eoin Toal, Darren Cole and Jamie McIntyre all joining the club.

Despite suffering a real hammering at the hands of Danish side FC Midtjylland in the Europa League, City managed to get a grip on their league form and start climbing the table once again. The form of Barry McNamee and Aaron McEneff in midfield proved decisive, both players hitting double figures in terms of goals.

City limped over the line in the end but they had done enough for a fourth-place finish, which, considering the traumatic events at the club, was an admirable achievement. 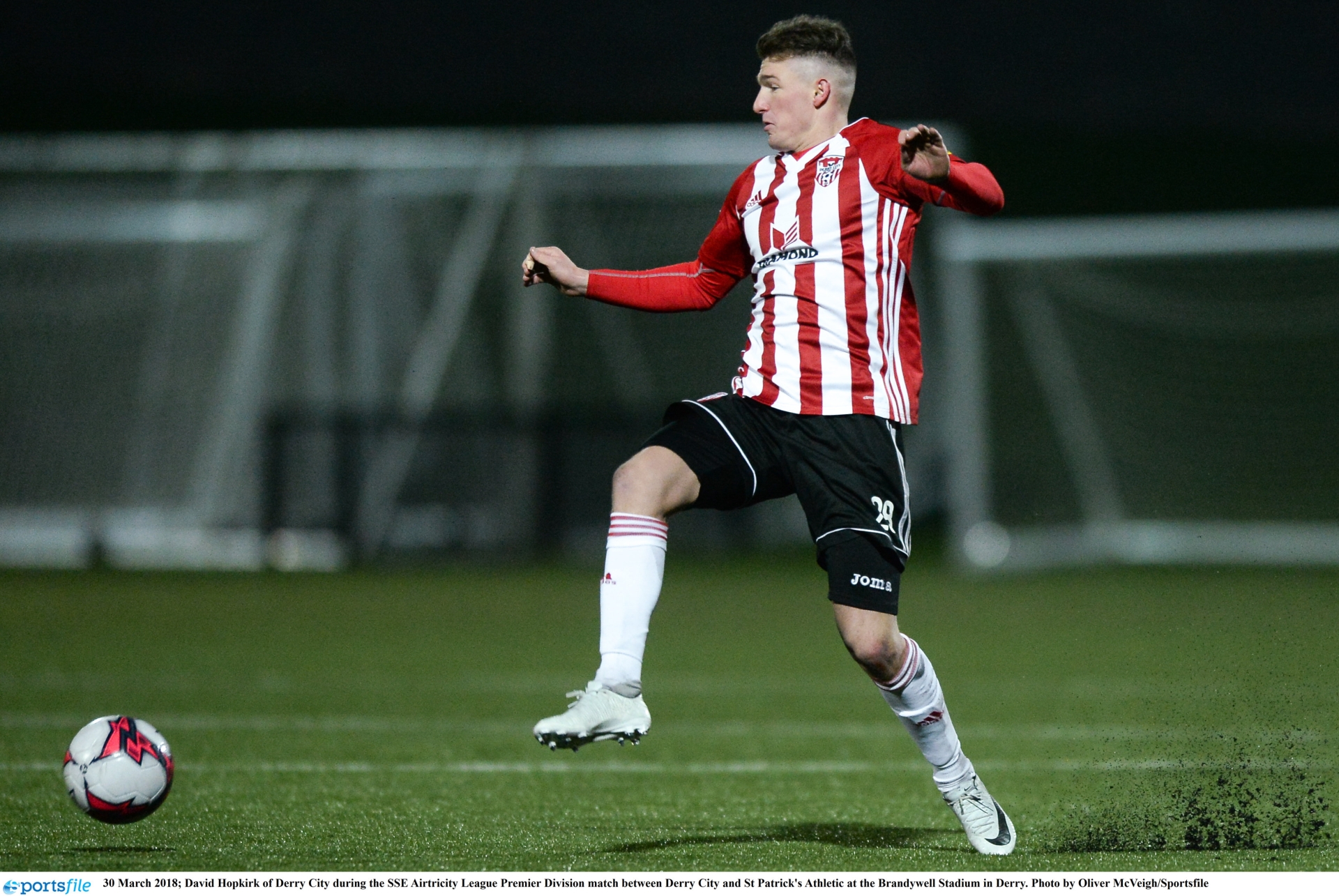 There were a huge number of new arrivals at the Brandywell in 2018 and that was reflected in the league form, which was nothing short of atrocious, especially towards the end of the season.

City lost 3 of their first four games, and some new signings, including Armin Aganovic and David Hopkirk, left the club after only a few short weeks.

City made a triumphant return to the new Brandywell with new striker Ronan Hale hitting a hat trick as City scored five against Limerick on the first night back. City hit five against Bray in their second game at the Brandywell and it seemed as if things were headed back in the right direction.

As the season progressed however, more players began to leave and reinforcements were needed once again.

There were huge changes throughout the campaign, with 18 new players in all arriving. The likes of Aaron Splaine and Ally Roy arrived late on, while Ben Fisk and the manager’s son Dean also donning the red and white as City attempted to stop a steep drop down the league table.

The likes of Danny Seaborne and Kevin McHattie ended the season as starters and the upheaval in defence, and indeed throughout the whole team, took its toll as City finished in 8th with a 5-0 thumping at St. Patrick’s Athletic on the final day of the season, a game which proved to be Kenny Shiels’ last in charge. 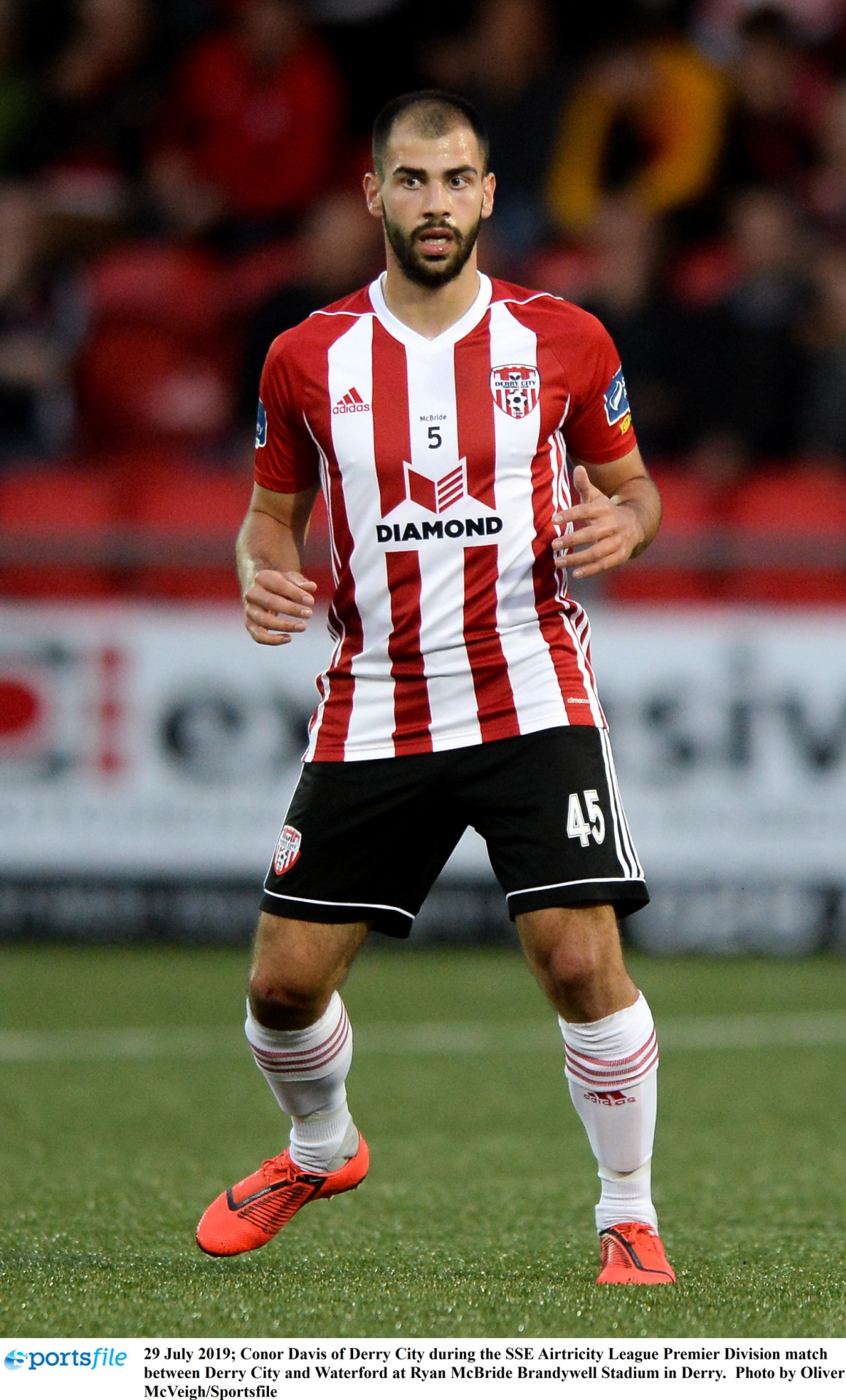 There was a significant transformation at the club as Declan Devine returned to take charge, and a whole squad was needed for the 2019 season.

There were promises that there would no longer be players at the club just for the money, and there was also a more local feel to the squad which Devine took into the new campaign.

Barry McNamee also returned to the club while Greg Sloggett arrived from UCD and Junior Ogedi-Uzokwe arrived as City looked to boost their attacking options.

Not every signing was a hit, with Gianni Seraf making only 6 appearances, while striker Conor Davis scored just once before leaving after 7 appearances. Darren McCauley lasted only 12 games, while McCrudden was unable to replicate his goal scoring form from Institute.

Nonetheless, the season was a huge success, with City finishing in fourth to secure European football, while also reaching the EA Sports League Cup final. 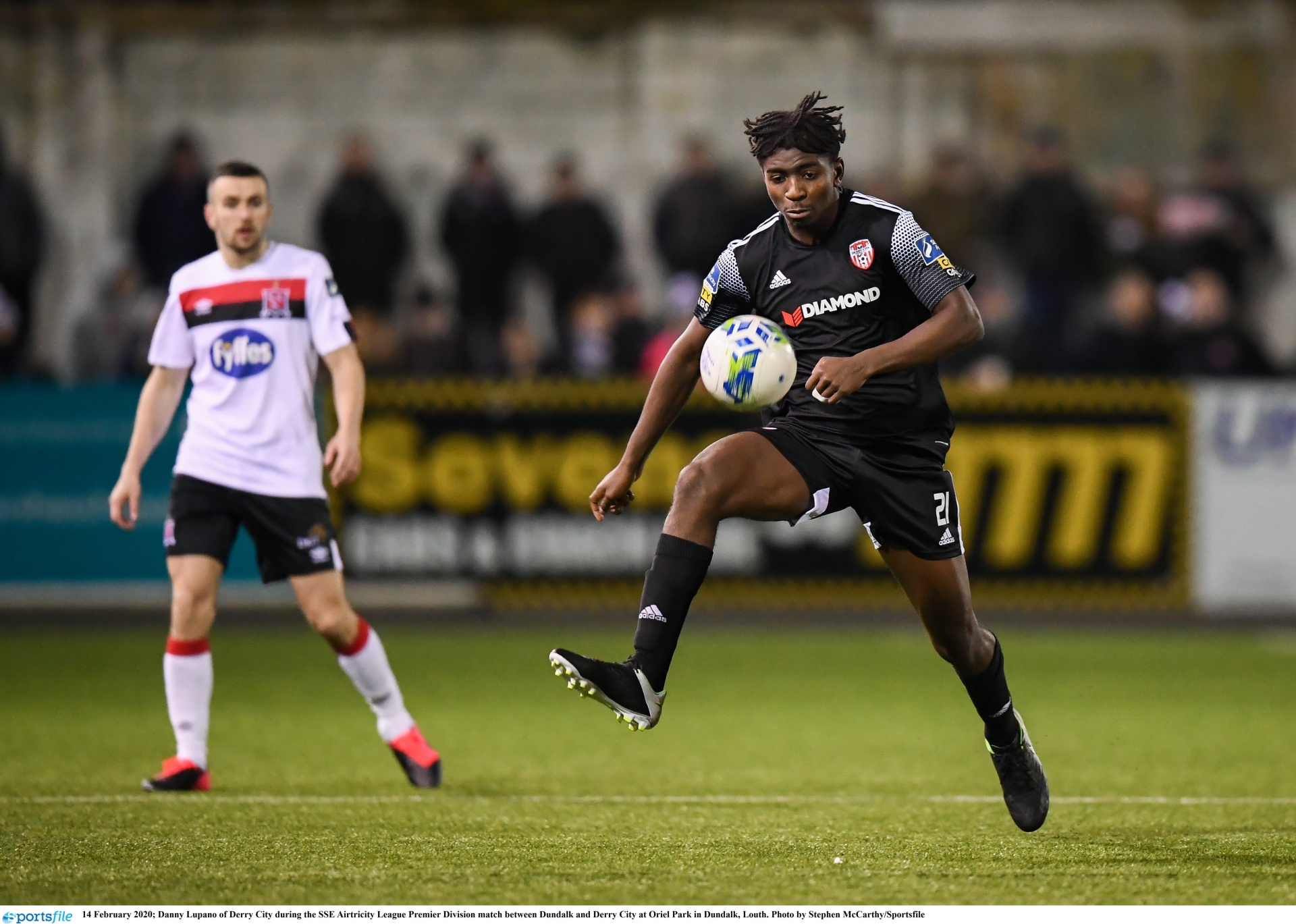 The coronavirus pandemic ensured that football across the globe in 2020 was a shadow of its former self.

With fans no longer allowed in grounds and the season shortened, it meant that a number of changes took place at the Brandywell which may not have happened otherwise.

Striker Tim Nilsen, who arrived with much promise, lasted just 4 games before leaving, while defender Danny Lupano also lasted 4 games before being recalled to Hull City. Adam Liddle, whose last gasp goal rescued a point against Finn Harps at the Brandywell, made just 4 substitute appearances before leaving.

The changes meant a reshuffle mid-season, with midfielders Joe Thomson and Jake Dunwoody coming in, while James Akintunde and Ibrahim Meite came in to bolster a vastly weakened attack.

Everything that could go wrong did go wrong for Derry City and they finished in a poor seventh place, after a poor showing in Europe and a weak penalty shoot-out defeat at Sligo Rovers in the FAI Cup.

With a number of players announcing their departure from the club in the days following the end of the season, it meant another significant rebuild, with Danny Lafferty the 80th player to sign for the club since 2015.