Derry City to do away with season tickets for 2021 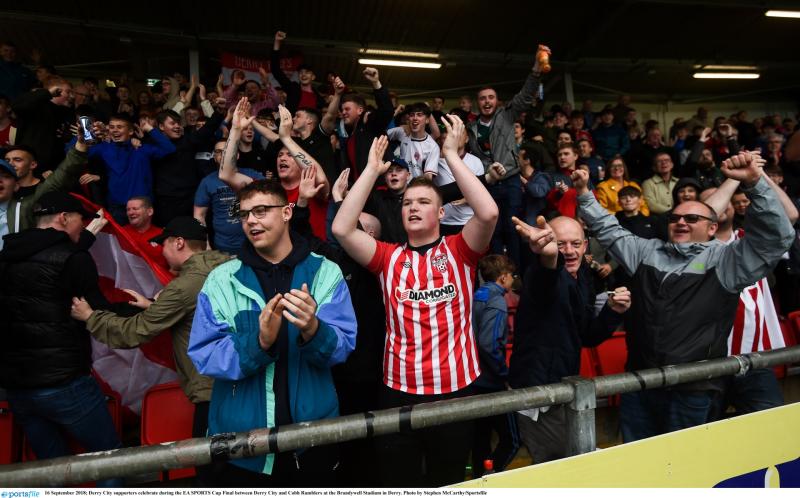 Derry City will not be selling season tickets for the 2021 season.

Derry City Football Club is set to launch a new scheme in the coming days that will temporarily replace their Season Ticket which usually goes on sale in the run-up to Christmas.

Details of how the 2021 League of Ireland programme will look remains unclear at present and the club has decided that Season Tickets will not go on sale, at least until more information is available.

The new scheme is believed to have several 'tiers', all of which will entitle the holder to enter a draw for any home games where a restricted number of fans are permitted to attend.

The club explained that the finer detail is still being worked on at present, however they do expect that the new scheme will be launched very soon with options to buy packages online before the end of the week.

Derry City FC has been working closely with the FAI to understand what the 2021 season may look like in terms of the number of rounds of fixtures. Given the popularity of the streaming service for games last season they are also discussing similar options for those that may not be able to attend the games this time.

Priority for this scheme will initially be offered to those who purchased season tickets for the 2020 season.

Given that the new scheme is a great gift option for Derry City fans, the club will be hoping that supporters get behind the new initiative as the festive season approaches.