And another one is gone! Gerardo Bruna leaves Derry City 'after some hard decisions'

Argentinian midfielder the third player to leave the Brandywell this week 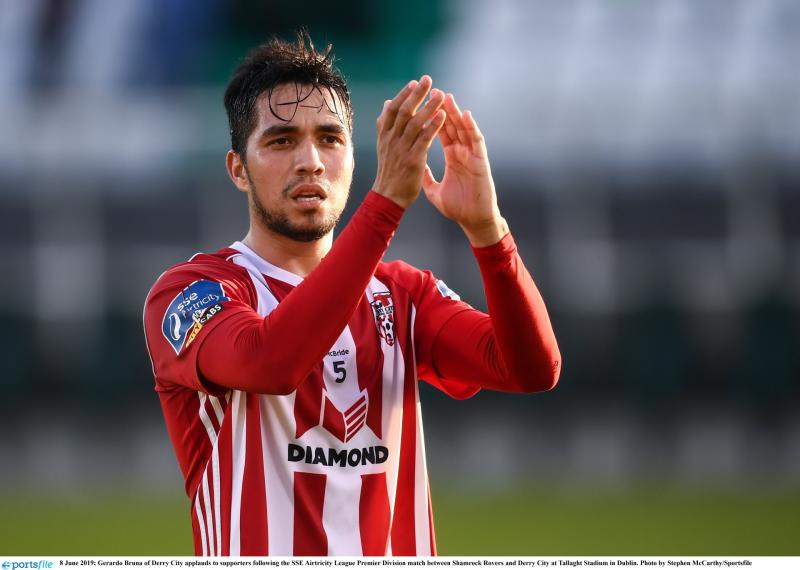 The 29-year old midfielder has spent the last two seasons at the Brandywell but announced on social media this evening that he would not be returning for a third.

He said: "After some hard decisions, my time playing for Derry City has come to an end. Thank you to everyone who has supported my family and I since we moved to this beautiful city. I will miss seeing that Argentinian flag flying in a packed Brandywell and playing alongside my team mates."

Bruna made 39 appearances in all for the club, with 24 starts and 15 substitute appearances. He scored 2 goals and provided 3 assists during his time with the club.

Bruna is the third player to officially leave Derry City this week, and the second today, following the departures of Ally Gilchrist and Peter Cherrie.

A number of other players are expected to leave the Brandywell in the coming days.