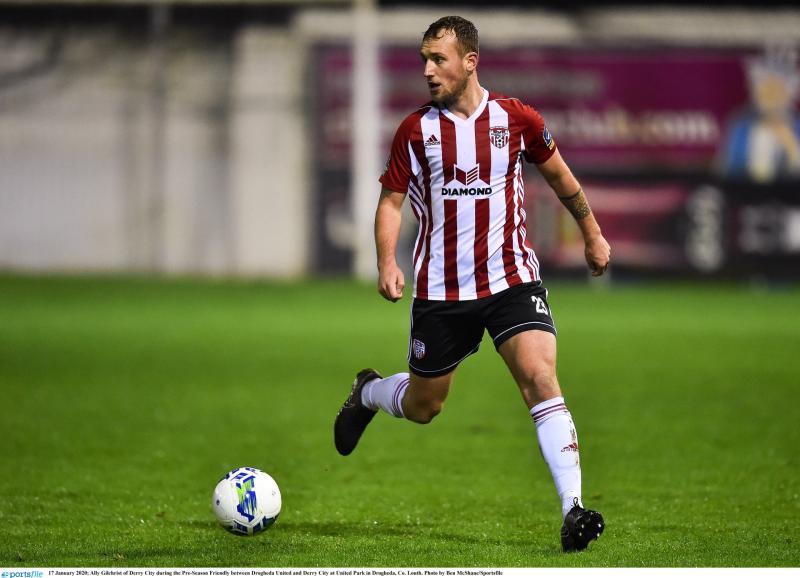 Ally Gilchrist has announced he is leaving Derry City after two seasons at the club.

The defender, who formed a solid partnership with Eoin Toal in 2019, has had an injury-plagued season at the club and made just six appearances this past season.

Gilchrist, whose final appearance came in the 2-1 defeat to Shamrock Rovers at the Brandywell on August 21, posted the following message on social media.

'After much thought my time at Derry has come to an end. I'd like to thank the supporters and all of my team mates for the past two years for giving me the confidence and a platform to perform week in and week out.

' Playing in front of a full Brandywell was a pleasure and I always gave everything each time I pulled on the jersey. Good luck to everyone at the club.'

Gilchrist made 39 appearances for Derry City in all.