'The FAI Cup is the only thing keeping us going' 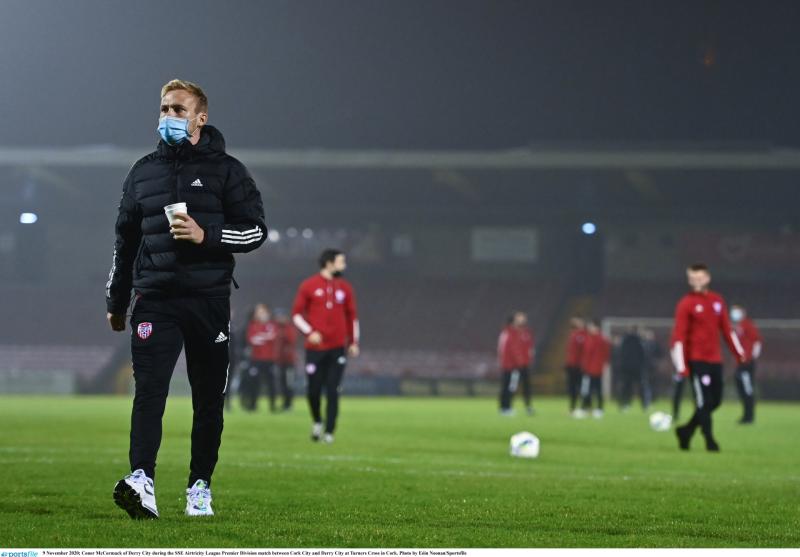 Conor McCormack admits that while Derry City players are mentally exhausted after the trials of recent months, they are as determined as ever to prove their critics wrong at Sligo Rovers tonight.
The Candystripes have failed to hit the heights in this most bizarre of campaigns but they can still salvage something should they defeat Sligo Rovers and make it to the last four of the FAI Cup.
City players have been in quarantine after a second outbreak of Covid-19 in the squad, and have been unable to train as normal in preparation for a game they simply must win.
This comes after City were forced to play two league games in three days without preparation after the original outbreak of coronavirus at the Brandywell last month.
It has been a challenging time for all involved.
“It is very difficult,” McCormack said.
“Obviously we had the two weeks at the end of last month and then we were told we had another two weeks to do. It's hard for any player and any individual to cope with it. We thought we had followed all the protocols and everything that was set up from the Health organisation and through the FAI.
“We did everything we were told to do and it's like we still got punished for it.
“We just have to get up and get on with it. All the lads have been set out programmes to do in their own homes and hopefully we can make the most of it on Wednesday.
“At the end of the day it's a cup quarterfinal to get into the semi-finals to give us a chance of getting into the final which would get us into Europe if we went on to win it.
“We still have a lot to play for and all the lads are still determined even though we haven't as trained as much as we would have liked. I'm sure we will be up for the fight anyway.”
City are close to entering a tenth month in this season and if they make it to the FAI Cup final on December 6, it will have been almost 300 days since their season started.
“It is exhausting,” McCormack admitted.
"We started in early January with five or six weeks of pre-season. We had four games then the season was shut down. We did another eight weeks pre-season then into it again. We got a couple of wins under our belt then we're chucked into a quarantine.
“We come back and play two games in two days basically without training and then thrown into another quarantine and then into a quarterfinal.
“It is hard mentally. I've never witnessed anything like this before. The cup quarterfinal is the only thing keeping us going to tell you the truth.”

No easy path
Shamrock Rovers, Dundalk and Athlone are already into the semis and City would have to travel to Tallaght this weekend if they did defeat Sligo. There is no easy way to the final, and McCormack knows that.
“Everyone wants to play in a final and win something and it would be great if we could come out of this season, with all the ups and downs, with everything against us this year, if we could prove ourselves, and prove people wrong,” he added.
“If we could at least get to the final it would be fantastic and it would still give us that chance to get into Europe next season. At least it's not a dead rubber game because that would be hard to get up for but this is a cup quarterfinal and a winnable game in Sligo. We'll definitely be up for the fight on Wednesday night.
“We owe them one because we have let a couple of games slip against them this year. We definitely owe them one, especially up there and I have no doubt we will put in a good hard-working shift and hopefully that's enough to get us through into the semis.”