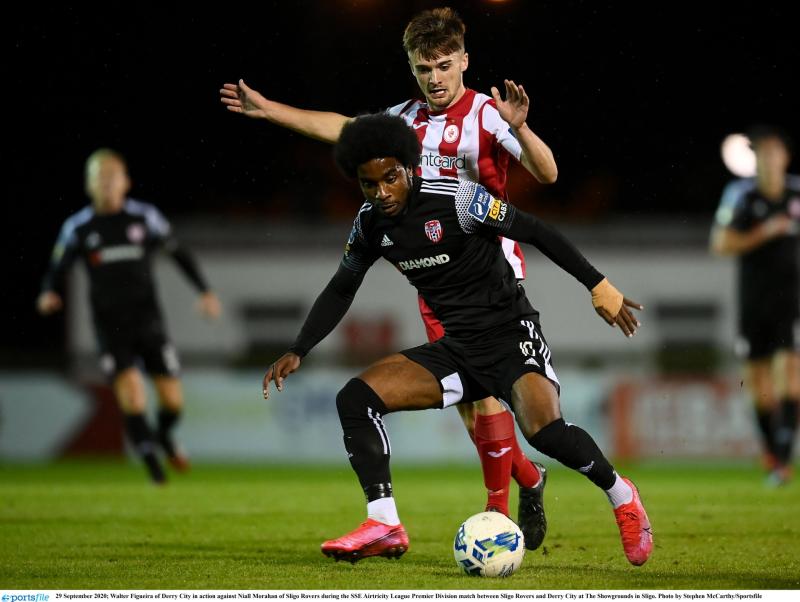 Derry City’s FAI Cup quarterfinal with Sligo Rovers has been rescheduled after another outbreak of coronavirus at the Brandywell.

The cup tie, which was set to take place at the Sligo Showgrounds this Friday, will now take place next Wednesday, November 25.

This is another blow to Declan Devine and his staff and players, who were unable to prepare properly for their final two league games against Shamrock Rovers and Cork City after a Covid-19 outbreak at the Brandywell three weeks ago.

City were forced to play those two games, both away from home, over the space of three days having not trained for the two weeks previous, and managed just one point as a result.

A statement from the FAI released this morning confirmed the news that the game has been rescheduled.