'My phone has been going mad' 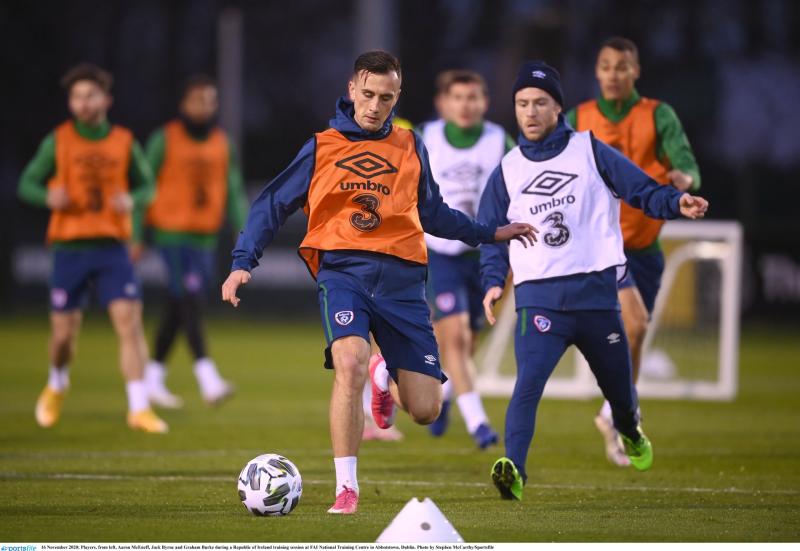 Aaron McEneff has spoken of his pride after receiving a call-up to the Republic of Ireland senior squad for the first time.

The Derry man found out the news just yesterday and quickly met up with his new team mates ahead of Wednesday night’s Nations League game against Bulgaria.

McEneff is part of the Shamrock Rovers squad which managed an unbeaten league season as they stormed to the league title and he admitted that he was ‘buzzing’ with this latest development in his career.

“It's a very proud moment for myself and my family,” he said.

“I found out when I went into training on Monday morning with Shamrock Rovers and I was absolutely buzzing to be honest. It's great to be in and involved with the squad. People who you have grown up with have been texting and calling and my phone has been going mad and it's a very proud moment for myself.

“An international call-up is one of those things that if they come along they come along and you don't really think about it. It has come along and I'm absolutely buzzing with it and it feels like the hard work is starting to pay off. It's been a long time where maybe you could have been called up but it's happened now and it's a proud moment for myself and my family.”

McEneff is in line to win his first international cap and with manager Stephen Kenny missing 12 players for a variety of reasons, the midfielder could well get his chance.

“Everyone is in the squad on merit,” McEneff stated.

“I worked hard in training, I enjoyed it with the lads and getting to know faces around the squad. All the lads have been great, they all introduced themselves and we'll train together again and we're all looking forward to Wednesday.”