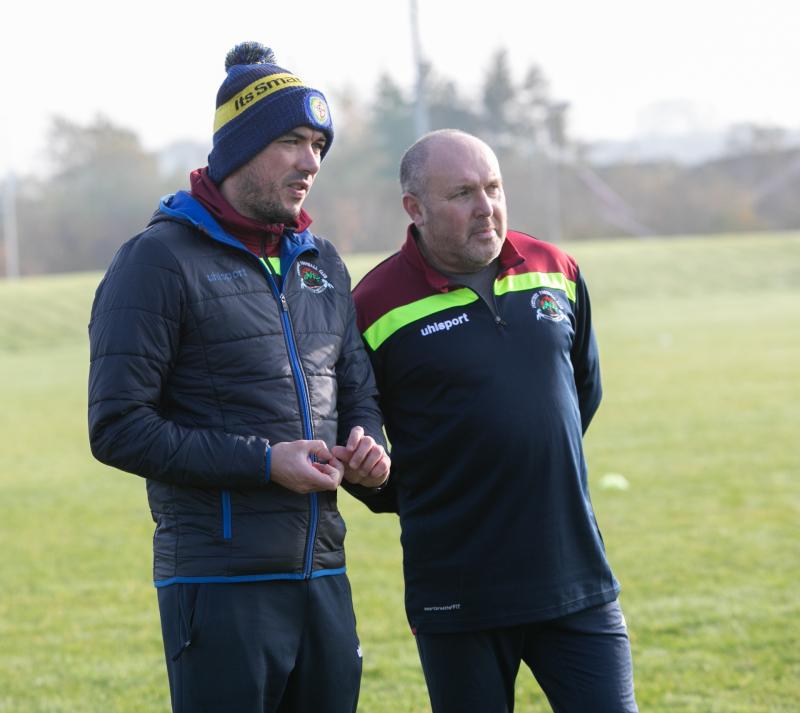 Institute Football Club will not be held down despite suffering more than most in a year which has been devastating for the club.
That is the message from manager Sean Connor, less than two weeks before his new-look team kick off life in the Championship against Annagh United on November 28.
'Stute have suffered more than most in their pursuit of what they see as fair play this year, with an enforced relegation based on a mathematical formula seeing them lose their Premier Division status, and suffering tremendously financially as a result.
That hurt was recently compounded by the decision not to grant the Bluefin Sport Irish Championship teams elite status following the latest coronavirus restrictions in place in Northern Ireland, meaning the club have now gone almost six months without a competitive league game.
It would all be too much for some clubs and some managers, and Connor, who has had a storied career in management himself, admits it has been a terrible time for the club.
“When you've been managing as long as I have been now, which is 15 years now, you think you have encountered every scenario and problem, but the two situations this year were really, really difficult,” he explained.
“Obviously no-one has had any experience with dealing with Covid so that's really difficult.
“I genuinely care for all the players who play for me, so I worry about their mental health. We've actually got a really tight group now and pre-season had been going really, really well, and to be told literally two weeks before the season started that we weren't starting., the boys took it hard and took it bad. We gave them a week off to regroup and they were ready to go again.
“That was one thing, and then there was the relegation and the way that happened which was number two.
“It's just hard to put into words how disappointed I feel in those people who are so-called guardians of the game, that they felt that that decision was the correct decision and they felt it was justifiable and that sporting integrity was adhered to.
“They said no club would suffer financially,  but we have suffered financially, unforeseen, because your gates are down when you're not in the Premier Division, and then on top of that to say that the Championship is not graded elite, that's the final kick in the gonads.”
As well as building a new-look squad capable of challenging for promotion, Connor has had to balance the sense of in justice with a desire to do things right on the pitch and ensure that the club get back to the top flight as soon as possible.
“You can't play with anger because if you do you're taking away from your game,” he admitted.
“One of the things I'm all about is trying to get the players to play with no fear. It's going to be that extra determination when you're away from home, there's 10 minutes to go and you're 1-0 down, you have to pull something from somewhere.
“You want the players to realise what they're fighting for because if you're fighting for a cause or something you feel is an injustice, it's easier to go deeper into yourself and get something you didn't think you had."

Meanwhile, 'Stute's Northwest Senior Cup semi-final at Limavady United, scheduled for this coming Saturday, has been postponed for a third time as a result of the recent extensions to the Covid lockdown regulations.