'Harps could easily have finished in mid-table'

McEleney insists that Harps are going places under Ollie Horgan 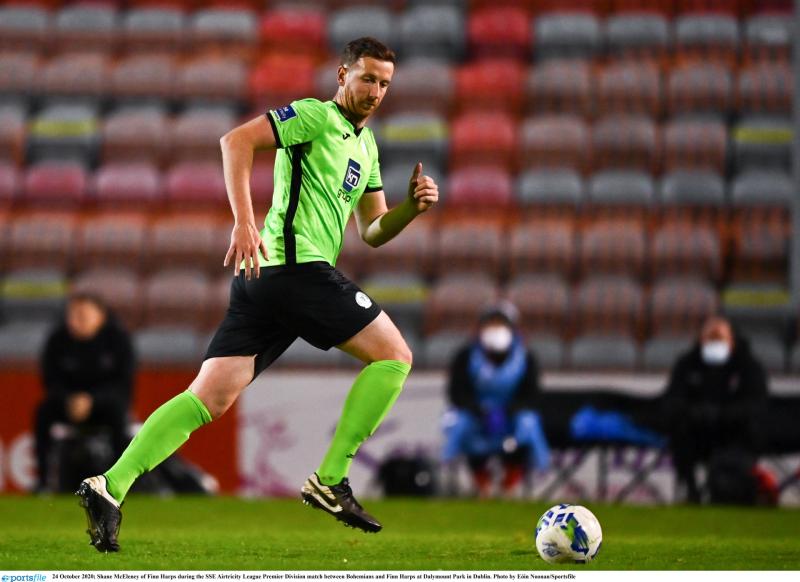 Shane McEleney believes that Finn Harps would have easily finished in mid-table had this season been a regular 36-game campaign.

The Derry man was part of the team which defeated Waterford 1-0 on the final day of the season at Finn Park to ensure that Harps avoided a relegation play-off game, something that the club has had too much experience with over the years.

It did not just happen on one rainy night in Ballybofey however. Harps’ escape was the culmination of months of hard work and improvement. Ollie Horgan and Paul Hegarty’s side came back from the five-month break in very poor form, but they turned that right around to lose just one of their last 8 league games, and that was against champions Shamrock Rovers.

In fact, Harps won three of their last four games to ensure that if fans can return to Finn Park in 2010, they will return to see Premier Division action once again.

“I think if we had a whole league campaign, we would have been more than safe and I’m not just saying that,” he stated.

“I genuinely believe that with the squad that we have. With the players we have I think we would have been around mid-table and comfortably so. It’s been a strange season for everybody and not just us. Obviously with the virus, then the first lockdown then the break and then a few teams picking up a few cases of Covid. As a season overall it has been a weird one but an enjoyable one.”

The man behind the success at Finn Harps is known in League of Ireland circles as a real character, but the Ollie Horgan fans see on the sidelines is not the complete Ollie Horgan, with McEleney more than impressed with his manager after one season together.

“I think from the outside looking in, even before I joined Finn Harps, I was on the same boat and I would look at Ollie and say ‘God, he’s a bit mad’,” he laughed.

“But it’s a good mad, and he’s a good man. His attention to detail is second to none. I’ve played under a lot of managers but Ollie doesn’t leave a stone unturned. He knows everything about the league and I think that’s why even though he has a low budget, he keeps the club afloat each year.

“He didn’t have to go into a play-off which has been the case in the last couple of years so I think that’s progression. I do think if we had a full season at it, we would have been sitting comfortably as well. Credit to Ollie and Paul Hegarty, they are both eccentric but the players play for them and I have enjoyed playing for them this year, even with the break and the whole lockdown, I still enjoyed the year.”