The FAI refer the Candystripes to association's Disciplinary Committee 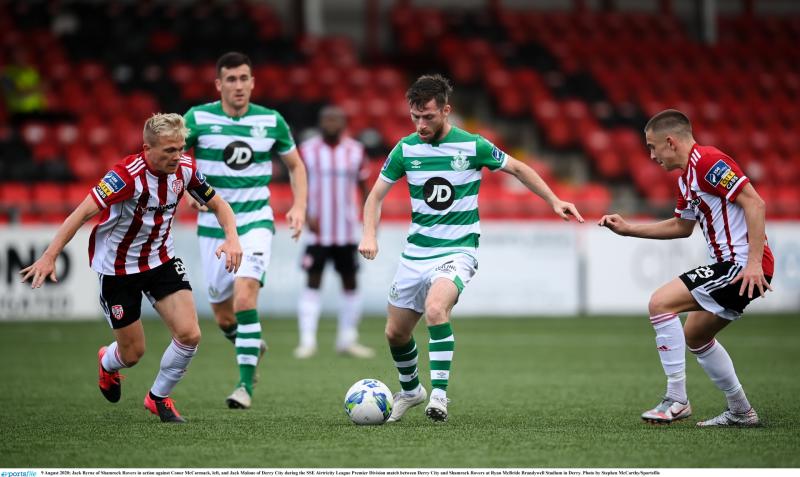 The FAI have referred Derry City to the FAI’s Disciplinary Committee after the club announced they would be unable to fulfil the fixture at Shamrock Rovers tomorrow night.

A statement released this evening confirmed that the entire Derry City squad has been told to isolate for 14 days and as a result, the games against Rovers, and the FAI Cup quarterfinal against Sligo Rovers, would not be played.

The FAI informed clubs last week that there would be no further Covid-19 related postponements, but Derry's stance has challenged that.

In response, the Brandywell club could now face disciplinary action.

"Derry City Football Club have confirmed to the Football Association of Ireland that they are unable to fulfil Wednesday night’s SSE Airtricity League Premier Division fixture at Shamrock Rovers due to positive COVID-19 test results from players and staff at the club.

"The club have also informed the FAI that Northern Ireland’s Public Health Agency has stood down their entire first team squad and staff for a 14-day period of self-isolation, until November 6th inclusive, following these positive tests.

"As a result of this confirmation from Derry City FC, the failure to fulfil Wednesday night’s fixture against Shamrock Rovers will now be referred to the FAI’s Disciplinary Committee in accordance with FAI Rules and the Participation Agreement.

"Derry City’s Extra.ie FAI Cup quarter-final with Sligo Rovers, which was due to be played at the Showgrounds this Sunday, has been postponed. The FAI will look at potential new dates for this fixture in due course."