Derry head to Offaly ahead of Championship game with Armagh 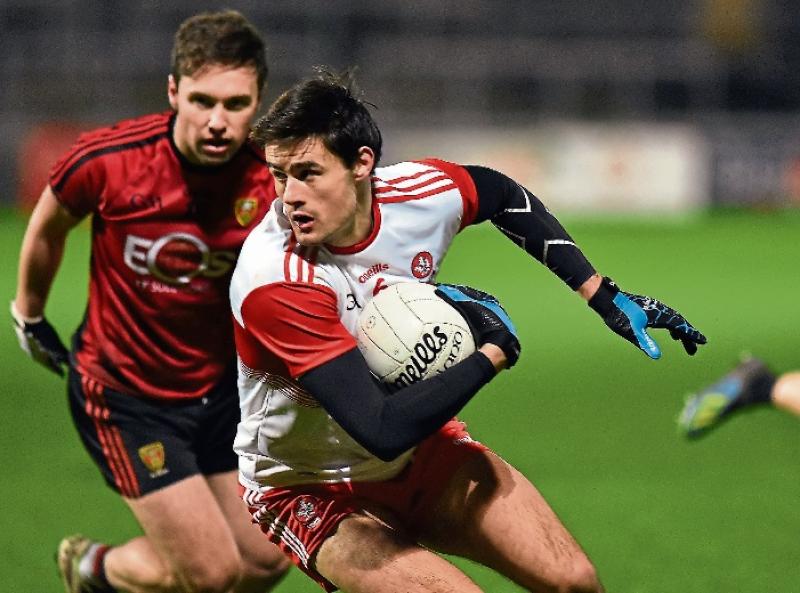 2020 will not be remembered too fondly by any sports fan, but Derry can still make something out of nothing yet. Promotion this weekend is now impossible due to Longford’s concession to Cork, but it was unlikely anyway. What matters most is the Championship on November 1, and for a team just fully back together last week, there’s plenty of preparation still to be done.

The weekend win over Longford at Celtic Park was notable not just for the performance, but the new players coming through

Conor Glass, Paul Cassidy and Ethan Doherty all made their Derry senior debuts, while Oisin McWilliams came on to mark his first league outing, taking the number of league debuts handed out by Rory Gallagher to 11. It all adds up to something ‘exciting’ brewing in the air according to McKaigue.

“The influx of youth brings a huge amount of quality and pace and something which we maybe haven’t had over the last couple of years, which is excitement,” he explained.

“Seeing the Ethan Dohertys, the Paul Cassidys, Niall Loughlin is back and Conor Glass is back – it’s exciting to see them kind of players back and the performance was relatively good in the end. Okay there was a patch when maybe we were a wee bit sloppy but some of the football was very, very good and defensively we were a lot more solid than we were at the start of the league and it was nice to get the victory too.

“That was a Longford team who are better than a lot of people think and we made them look like an average enough team, but they are a very, very decent team with four or five quality players that we kept quiet.”

One impressive aspect of the win over Longford that in the 2-14 scored, there were 12 different scorers, which doesn’t happen too often.

“That spread of scores is important,” McKaigie agreed.

“Obviously we will be waiting to get more from those two boys because they are as good as anyone around. It turned out a decent performance in the end.

“That was our first game as a collective since last March so it was relatively pleasing but at the end of the day we have to prepare for Armagh as best we can. It’s really about trying to bud for next year to.

“It will be a new look Derry towards the end of this year and going into next year, which is exciting because there is an influx of quality at the minute. But there’s no point in talking about it, because we have to go out and prove it, but there are a lot of those young boys who are at that level of playing county football and I think they can serve Derry well.”

Derry head to Offaly this weekend hoping to build up some momentum heading into the Championship and beyond.

“The Championship, we’ll take it as it comes,” McKaigue stated.

“It’s exciting at the minute and we have more players to come back in, so we we’re starting to look like the proper set up that we should be, back to when Derry were really, really competitive, playing in Division 1 and that’s where we want to be at as a county.”

McKaigue is excited as anyone else about the prospect of Conor Glass becoming a prominent feature in this Derry team, after he made his senior Derry debut as a second half substitute against Longford.

“Conor is a very good player and a very good athlete, but one thing about Conor Glass is that there’s nothing fancy about him,” he continued.

“He’s a hard worker, he’s a listener, he wants to play, he has got no ego at all. He’s a quality player and he’s a quality person to have in the team and we’re looking forward to getting him back starting now because he’s going to be a big player for Derry for the next ten or plus years.”