Brandywell side back in league action on Friday night 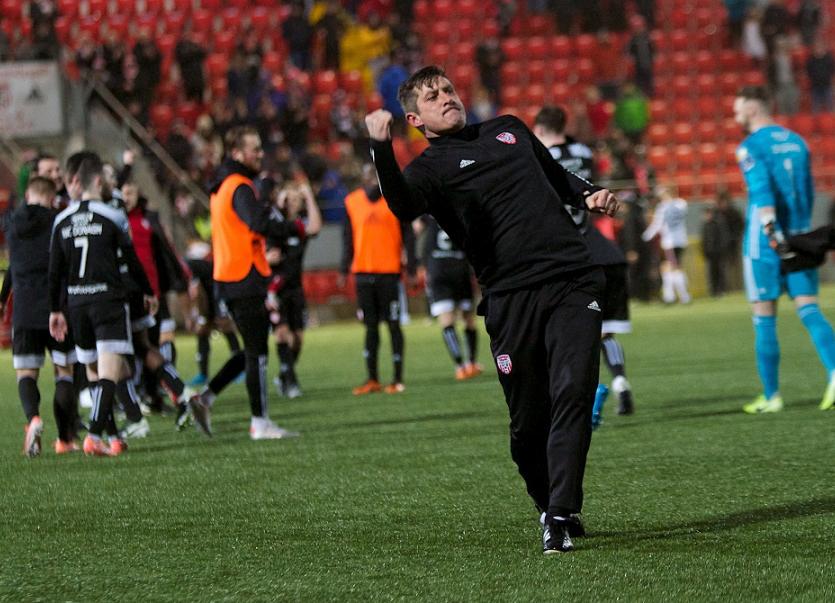 Declan Devine's side are back in action on Friday.

A date has now been confirmed for Derry City's FAI Cup quarter-final clash with Sligo Rovers.

The tie will take place at the Showgrounds in Sligo on Friday, October 30.

The time of the game has still to be announced.

Confirmation of the dates for the four quarter-finals came as it was announced that the SSE Airtricity League 2020 season fixture list has been extended due to the recent COVID-19 outbreaks at league clubs.

A league spokesperson said the decision to extend the 2020 season had been ratified by the National League Executive Committee with the final rounds of both divisions pushed back for competition integrity purposes, with all fixtures scheduled for the same time and date.

The dates for the Extra.ie FAI Cup quarter-finals have been scheduled.

The four fixtures will be in October and November due to Dundalk's progression in the UEFA Europa League, the November international window and the promotion/relegation play-offs, with kick-off times to be confirmed.

Derry are back in action on Friday night when they travel to Dublin to take on Shamrock Rovers at the Tallaght Stadium.
Kick off in that game is 7.45pm.

Declan Devine's men then have two home games – against Dundalk on Monday, October 19, at 5.45pm, and against Shelbourne on Sunday, October 25, at 5pm.

The Brandywell side will be looking to continue their recent pick-up in form after a confidence-boosting 2-0 win over Waterford in their last game before the international break.

Meanwhile, the second semi-final of this season’s Senior Cup between Limavady United and Institute has had to be postponed once again as Limavady United have a player who tested positive for Covid and 4 other players being told to go into self-isolation.

The game was meant to be played this evening.

However, a spokeperson for Institute said a new date for the game would now have to be fixed.