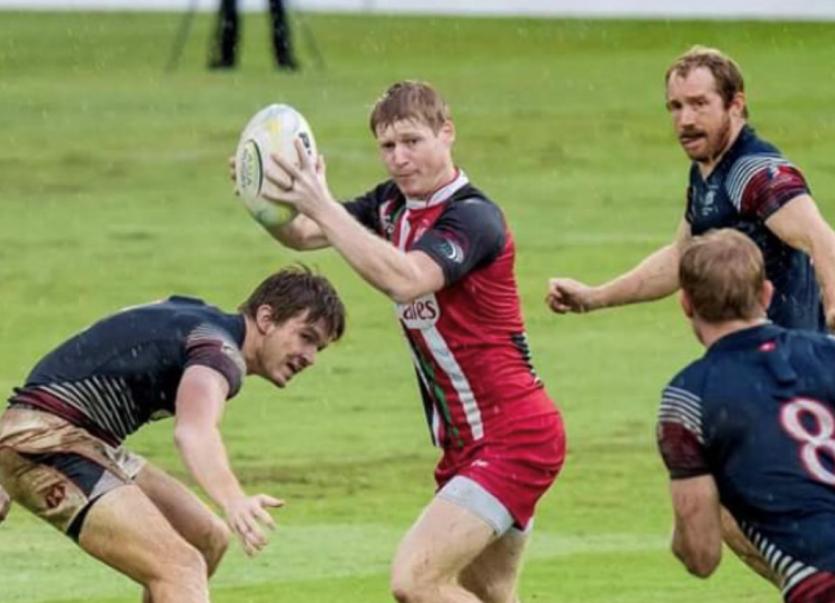 Andrew Semple in action for the UAE international team.

A Derry man who moved to Abu Dhabi has spoken of the pride he feels in representing the United Arab Emirates (UAE) national rugby team.

Andrew Semple grew up as an only child on the Limavady Road where he attended Ebrington Primary School, almost 8,000 kilometres away from the hot desert climate he now calls home.

Rugby has been a passion since an early age, and with boredom setting in at home, he looked to pastures new for a fresh challenge in life.

A former teammate suggested relocating to Abu Dhabi and in a matter of years he has become a Physical Education (PE) teacher, played for the successful Abu Dhabi Harlequins and ascended the ranks to represent the international rugby team.

His talent was nurtured at City of Derry Rugby Club where at the age of four he played mini-rugby, which his father coached at the time.

Andrew would hone his skills at City of Derry throughout primary school. He was also a keen footballer, playing for the school team and Maiden City Soccer.

At Foyle College, his development continued and he was ‘lucky enough’ to represent Ulster under 18 schools and Ulster under 19 schools.

While studying at Ulster University in Jordanstown he represented Ulster and Ireland Colleges, Ulster Under 20s and Ulster A.

“All this time I continued to play for City of Derry which where my best days playing rugby with an amazing group of players and coaches,” Andrew said.

“We gained promotion from the junior leagues to AIL Division 2 in three years.”

However, life in Derry was becoming ‘very repetitive and boring’ and he felt he needed a change.

“One of my City of Derry rugby teammates, Phil Brady, helped me in my move to the UAE.

“I moved to Abu Dhabi in August 2016 and managed to secure a PE teaching assistant role in the best sporting school in Abu Dhabi.

“My work contract initially was tied with the rugby club. Companies here must offer employees accommodation and medical insurance on top of their salary.

“That’s how I initially became involved with the Abu Dhabi Harlequins.

“Seven months later, my now wife, Katie, relocated as well. She is a paediatric nurse here in Abu Dhabi.” 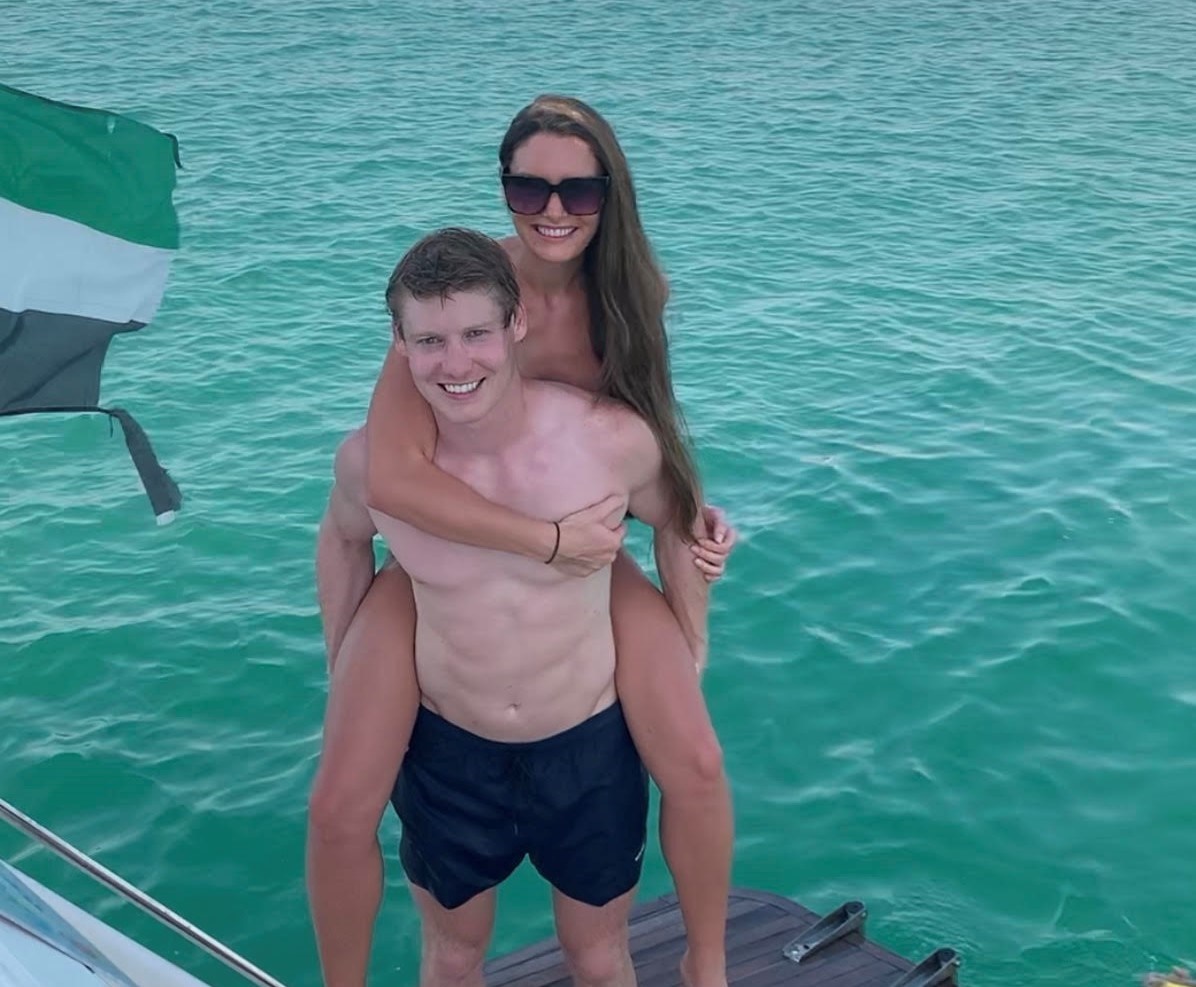 The climate is very different to his hometown but that’s something he embraces.

”It's a lot warmer, we may go a full year and only see a couple of days of rain.

“For me I feel there is a lot more to do, less boredom.”

Since 2016, he has gained a teaching qualification and now works in Cranleigh Abu Dhabi as a Physical Education teacher.

Andrew said there is a growing population of Irish ex-pats working in the UAE, mainly as teachers or cabin crew for Etihad or Emirates.

“There is also a large population of Irish and British nurses and doctors. There is a large hospital called Cleveland Clinic where a lot of them are situated,” he added.

To play international rugby for a foreign country you must have a relative attached to that country or become resident in that country for three years. Andrew (pictured below left with a teammate) qualified via the latter pathway. 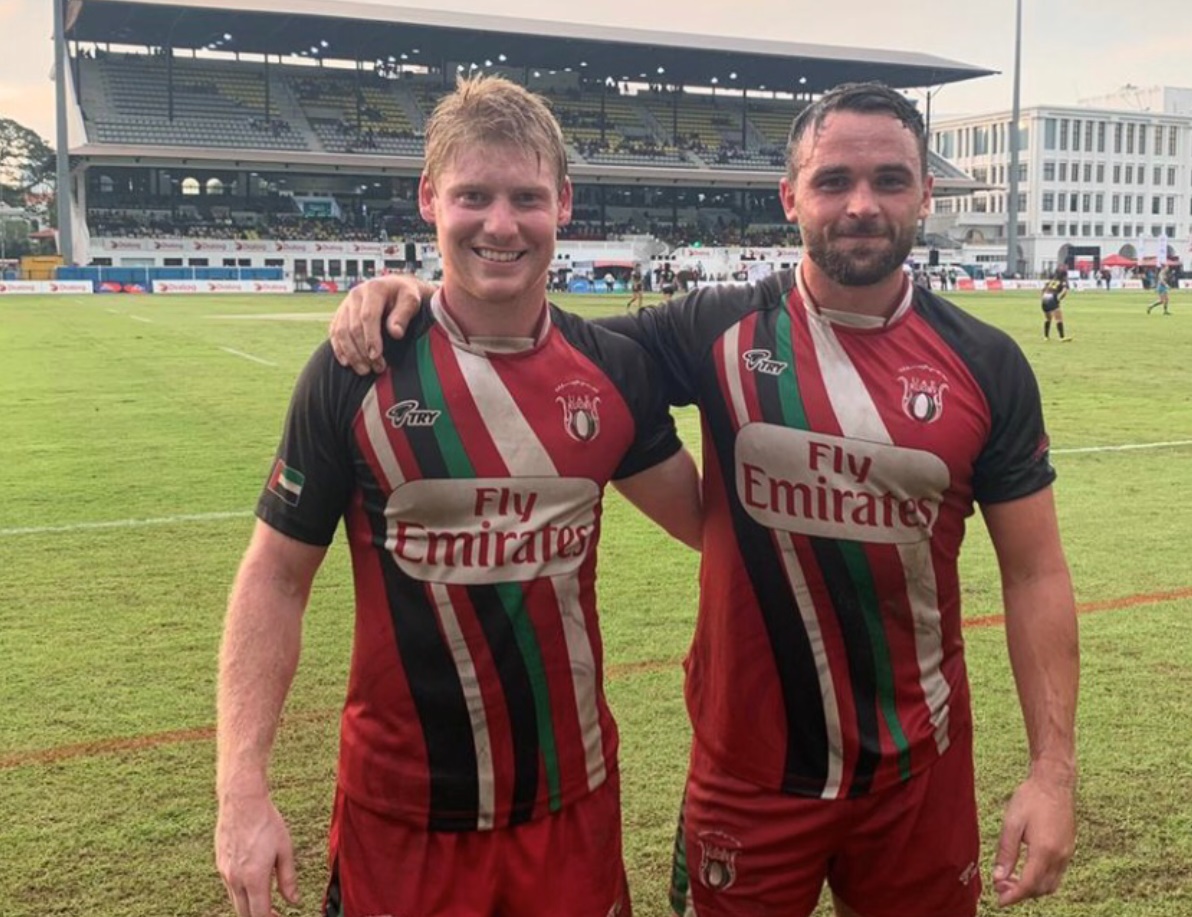 He reflected: “During my time playing for the UAE I have been to Korea, China and Sri Lanka, playing against all Asian nations - Japan, Hong Kong, China, South Korea, Sri Lanka, Chinese Taipei and the Philippines.

“So from the start we are at a disadvantage, but we have some quality players and are able to hold our own in competitions.”
Aside from family and friends, Andrew does miss a good chippy or Chinese.

The pandemic has proven ‘tough’.

He says: “My wife and I would usually be home once or twice a year or we would have either sets of parents and friends come across at least once, but none of this has been able to happen.

“We have communicated through zoom and by phone calls. With the quarantine periods in both Ireland and the UK and here in the UAE we are unable to get enough time off to travel home

“It has also affected rugby, no rugby has been played in the country since late Feb.”

With his wife and three other Derry men who currently live and work in the UAE and represent the international rugby team - Phil Brady, Stephen Ferguson and Graham Murphy – he has a good support network in place to keep spirits high – not to mention all-year-round sunshine.