'We've all had a tough time but the character was excellent' 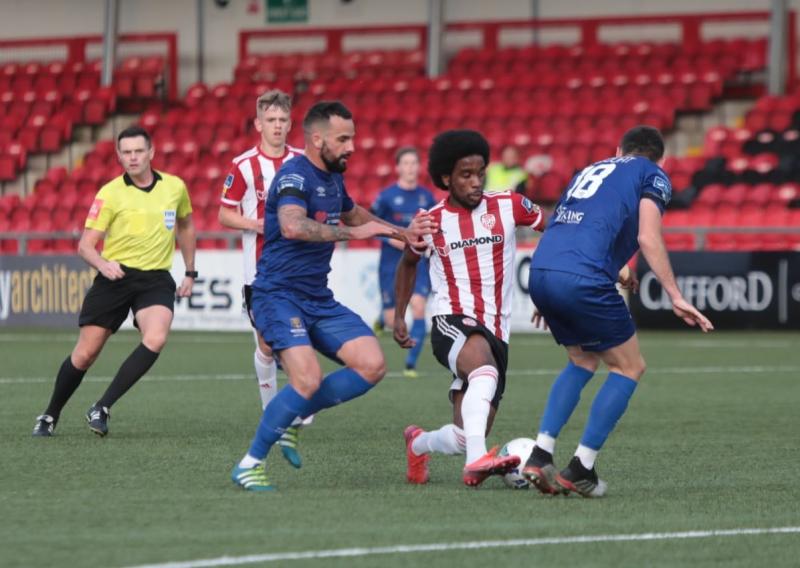 Declan Devine is hoping that his team’s win over Waterford will be the springboard for an improved conclusion to the season.

The Candystripes go into a two-week break greatly relieved after a difficult week ended with a 2-0 win at the Brandywell thanks to two penalties from Conor Clifford. It moves City up into sixth place in the Premier Division and eases growing fears of a relegation battle at the bottom.

“We’ve all had a tough time, but the character was excellent,” Devine said afterwards. “ We earned the win, I think we played well, we were positive and we kept the ball really well.  People have come in and really performed and full credit to them.

“It’s three points, it’s a relief to get the three points but we need to use this as a starting block now and try and get a couple more wins and see where it takes us.

“We’ve all been hurting over the past week but the players really responded and full credit to them.”

"Conor is an amazing person, a really good lad and his performance tonight was really good. It has been really stop-start for him, but the character he has shown, his range of passing and his ability to get the ball back deserves huge credit. The boys have given him a round of applause in there because he's such a good person and thankfully tonight he has stepped up and delivered."