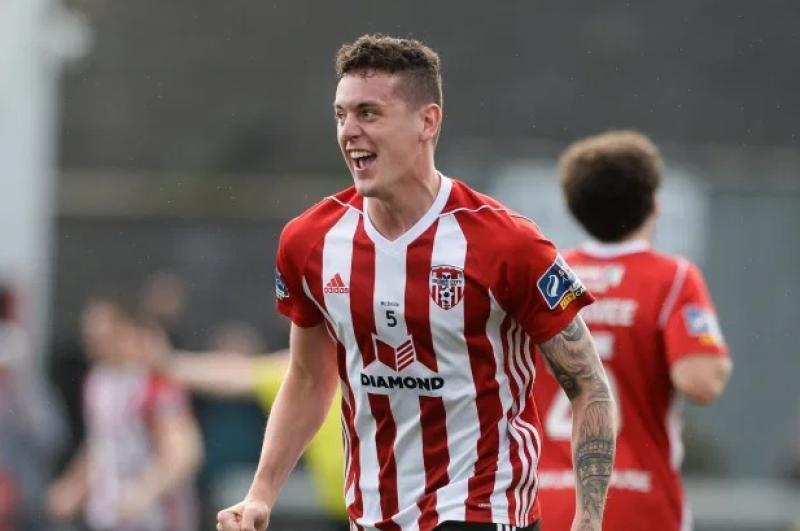 David Parkhouse was on fire against Waterford last season

Waterford will be glad that this season’s Derry City team does not include David Parkhouse after enduring a dismal time at the hands of the then 19-year old last season.

The Blues travel to the Brandywell today hoping to boost their chances of European football next season, and they will be well aware of City’s shortcomings of late, with the Candystripes managing only 12 goals in 13 league games so far.

That is in stark contrast to last season when Declan Devine’s team scored 70 goals in all competitions, 12 of which came in games against Waterford.

Parkhouse, on loan from Sheffield United, did more damage against the Blues in one season than any other Derry City player in history, scoring an incredible 7 times against them.

His first goal came at the RSC when he opened the scoring in a 2-2 draw in April, before he hit a double in a 2-0 win at the Brandywell in July. His best was yet to come however as he hit an incredible 4 goals in one game, a memorable League Cup semi-final tie at the Brandywell. On a night memorable also for two goals from current City forward Walter Figueira, Parkhouse scored two goals in normal time, before adding two more in extra time to send his team into the final against Dundalk.

Parkhouse soared to the top of the scoring charts against Waterford as a result, with club legends Liam Coyle, with 5 goals, and Mark Farren, with 4 goals, overtaken on a memorable night for the young striker.