Vaudequin, Hutton, McCallion, Lowry - Derry City hoping that no other names will be added to this particular list against Sligo tomorrow 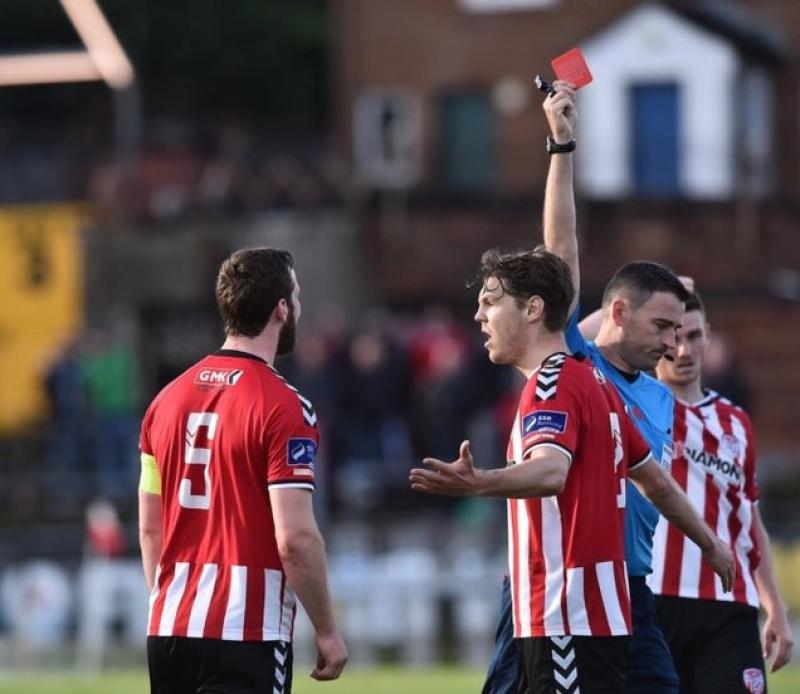 Derry City and Sligo Rovers have had some memorable encounters over the years, but one fact may have gone unnoticed from this particular Northwest derby fixture.

In 109 meetings between the sides in all competitions over the years, Derry City players have amassed a total of 15 red cards against Sligo - by far the most against any League of Ireland opponent they have faced.

The most famous incident in this fixture undoubtedly came in May 2011, when City saw 3 players - Eddie McCallion, Emmett Friars and Kevin Deery all saw red on the way to a 3-0 defeat.

Over the years 15 City players have been dismissed in this fixture: