'Eoin doesn't get the credit he deserves' 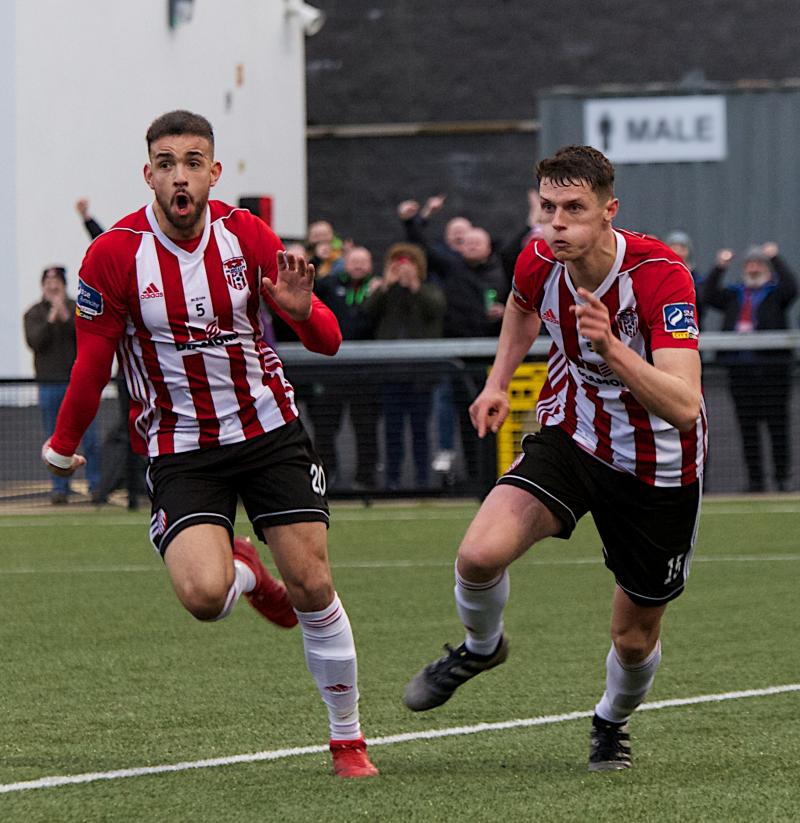 One thing that Ally Gilchrist has enjoyed as he has watched from the stands in recent weeks is the progression of Eoin Toal into ‘a top player’.
As frustrating as things have been for the injured Scot in recent weeks, he has taken some satisfaction from the growing stature of his team mate, who has arguably been the Candystripes’ ‘Player of the Season’ so far. Toal has been a rock at the heart of the Derry City defence and is not afraid to add his services to the attacking players in the team, his growing maturity evident over his past few years at the club.
Gilchrist and Toal were Declan Devine’s defensive partnership of choice last season, with the pair applying alongside each other 32 times in 2019, as City finished in fourth place and got to the EA Sports League Cup Final. 2020 has not turned out the way anyone expected, but Toal has grown from strength to strength regardless.
“I don’t think, apart from up in Derry, I don’t think enough gets said about him,” Gilchrist said.
“I don’t think he really gets much of a look in from the media down in the Republic; maybe that’s just a Dublin thing. That goes for all the players because I don’t think that Derry get much of a say in much.
“Eoin is a great player and he’s a great lad as well which helps him too. He doesn’t get too far ahead of himself either with things, he’s a really grounded lad and he’s going from strength to strength. He’s a top player.”
Toal, as well as the other Derry City players and staff, have been invaluable to Gilchrist as he works his way back to full fitness from a fractured ankle. Recovering from a long-term injury can be a lonely role, but Gilchrist has still been made to feel a part of the team, which he really appreciates.
“It’s not been easy,” he admitted.
“Obviously I felt I did really well last season and coming into the start of this one I thought personally my performances had been pretty decent. You just want to help the team out all the time but then you get a fractured ankle in a freak accident in training so that put your head down a bit.
“I’ve been in every day and been around the boys so it’s not been too bad so they have kept me going and the management staff have kept me going, keeping me reassured. It’s not been the worst thing in the world. There’s a lot harder things out there going on than me getting my ankle hurt so it’s not been too bad.”