Devine admits his team are lacking confidence and creativity 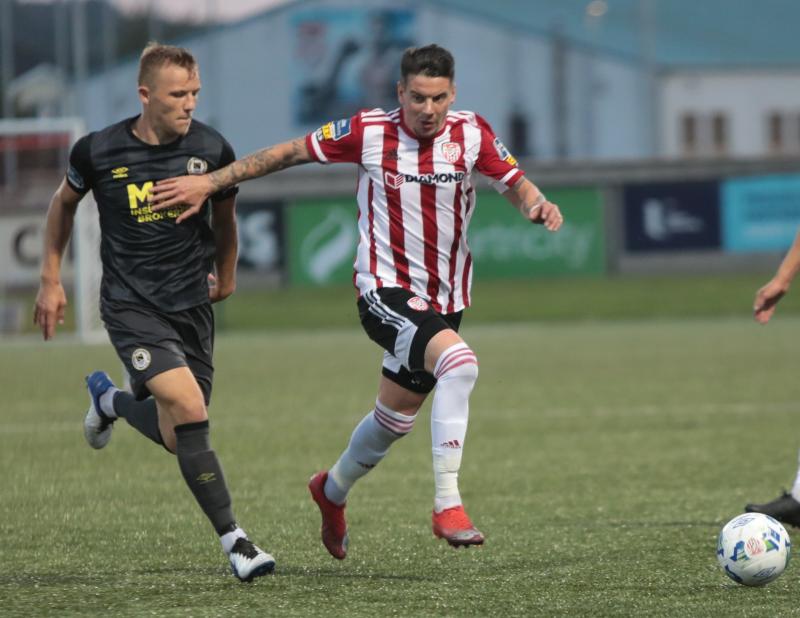 Derry City have failed to score in their last two games

Declan Devine has had enough of excuses and has called on his players to be ruthless if they are to rediscover their scoring touch in front of goal.
The City boss was far from downbeat following the 0-0 draw with St. Patrick's Athletic at the weekend, but he knows that a lack of quality and creativity in the final third of the pitch could yet cost his team dearly in the coming weeks.
“We have got to get that fear away from us,” he admitted.
“We have to be more expressive and more creative with the ball. I thought there were a lot of good performances again (against St. Pat's).
“There's no hiding away from it however. We have got to be better with the ball, we have to be more creative, we have got to take chances. It was key that we didn't lose, but we have got work to do. We have to get back on that training pitch this week and go to Bohs and try to get a win.”
City have managed to address defensive issues which cost them valuable league points and their place in the Europa League, but goals have now dried up, with City managing just seven goals in seven league games since the restart. The manager knows where the problems lie.
“I think a few weeks ago that we were conceding goals and I think that there were a few doubters and questions asked with our ability to deal with set-pieces and our ability to give away soft goals,” he continued.
“We need more quality, there's no hiding away from that. We need to be more ruthless in our approach to attacking and winning games. I think that the league this year is such a crazy league and we have got to understand that we have to get better and we have to get better quickly. I can't knock the honesty and endeavour of the team but that can only take you so far because we have got to be more creative and win matches.”
City travel to Dalymount Park this week hoping to upset a team that have continued to progress from last season. City, who finished just behind Keith Long's side last season, have failed to match that progress in a year that has been anything but straightforward.
“A European spot is what we set out for at the start of the season but our main concern is finding a way to beat Bohemians next Friday,” Devine insisted.
“We have to make sure that we are focused and that we are continuing to get better at the aspects which we're getting better at.
“We have to get better. In my opinion we still have a lot of creativity within our ranks, but we have got to make better decisions in the final third of the pitch and be a bit more expressive in our ability to create chances for each other.
“There's nobody here that's jumping through hoops, there's nobody here smiling from ear to ear. We're disappointed, but we have got to get better. We need more quality and we need to strike more fear into our opponents.
“We were quite comfortable in our defensive shape, as were Pat's. They haven't scored in six games, whereas we have score goals. We just have to get back to scoring goals very quickly.”