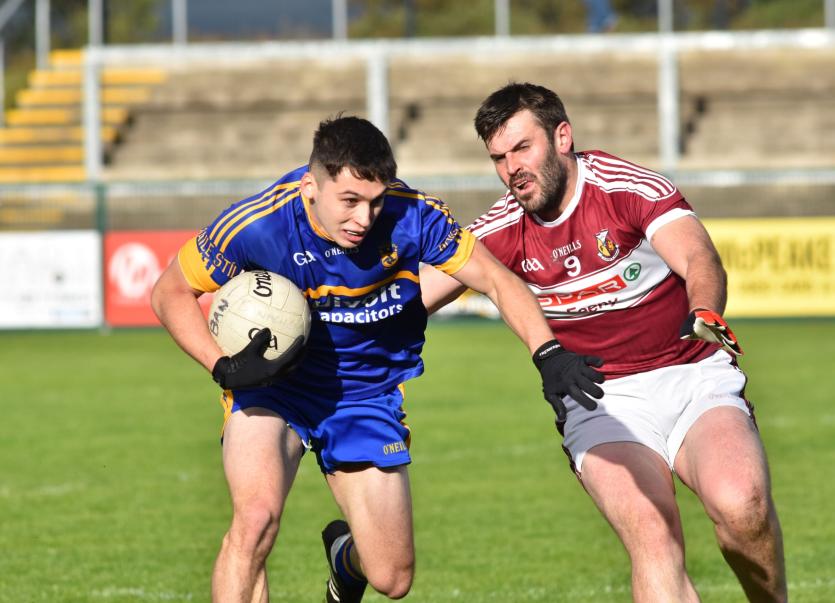 Ben McCarron was one of the Steelstown goal scorers today

Steelstown are into the last four of the Intermediate Championship after a resounding victory over Drumsurn at Banagher this afternoon.

The match had been billed as a contest between two of the strongest sides in the competition.

Steelstown were quickest out of the blocks and a goal from Mark Foley in the second minute set the tone for what was to be an impressive display from the Ballyarnett men.

Further goals from Ben McCarron and Jacob Duffy proved decisive, as did a sensational save from goalkeeper Marty Dunne, who denied Pearse McNickle what looked like a certain goal with the score at 2-10, 0-10.

Steelstown will have taken great confidence from today's result as their quest for championship glory continues.