Further frustration for Derry City who draw a blank again 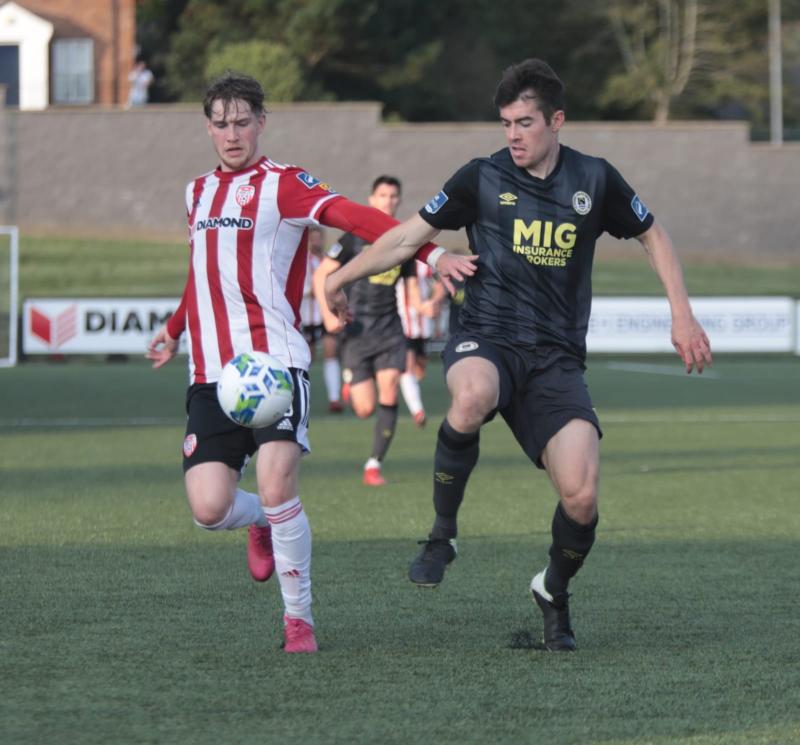 Derry City’s struggles in front of goal continued as they were held to a goal less draw by St. Patrick’s Athletic, their second in a week.

After the draw at Finn Harps last Sunday, hopes were high that City would finally show signs of life, but although the performance was better, the attacking threat remained minimal throughout.

It took 23 minutes for Derry City to really bother Brendan Clarke but a decent effort on target was more than welcome after the previous game. Darren Cole took a throw in deep on the right and exchanged passes with the lively Ciaron Harkin before drilling a volleyed cross into the area. James Akintunde reacted quicker than any of the Pat’s defenders and got to the ball first, but his effort, low to Clarke’s right, was manageable for the goalkeeper.

A spat between Harkin and Chris Forrester provided some spark in a game that was lacking in lively moments, both players cautioned by referee Rob Harvey just past the half hour mark.

It looked as if Stephen Mallon, kept quiet to that point, might make something happen on 38 minutes as he got on the right side of Lee Desmond, but he hesitated taking the shot, and when he eventually did so, he shot straight at Clarke and a half chance was gone.

Adam Hammill was introduced for James Akintunde right at the start of the second half and the winger had a chance right away, latching on to a flick on by Meite, but as he raced into the penalty area, he opted not to shoot with his left foot, instead gong back on his right, winning a corner when it could have been so much more for City.

It could have been so much more for Pat’s at the other end as Stephen Mallon lost the ball on the edge of his own penalty area. Robbie Benson looked to take advantage and he picked out Forrester, but the midfielder was crucially charged down by Dunwoody, who saved his team with a last-ditch block.

The goal almost came the visitors way on 75 minutes when they gave away a free kick right by the corner flag, and when the ball was crossed in, Kelly got ahead of everyone in a red shirt and flicked it goalwards, forcing Cherrie into his first save of the night, pushing the ball behind for a corner.

Pat’s were pushing hard in the closing stages and looked the more likely to get the goal, but a rare City chance came from a simple long ball forward by McJannett, which saw Figueira outmuscle Luke McNally and race to the edge of the area, where he sent a curling show goalwards, but it was straight at Clarke.

A last minute free kick caused a goalmouth scramble and a last chance for City, but Figueira’s shot was blocked and the chance to win it was gone.