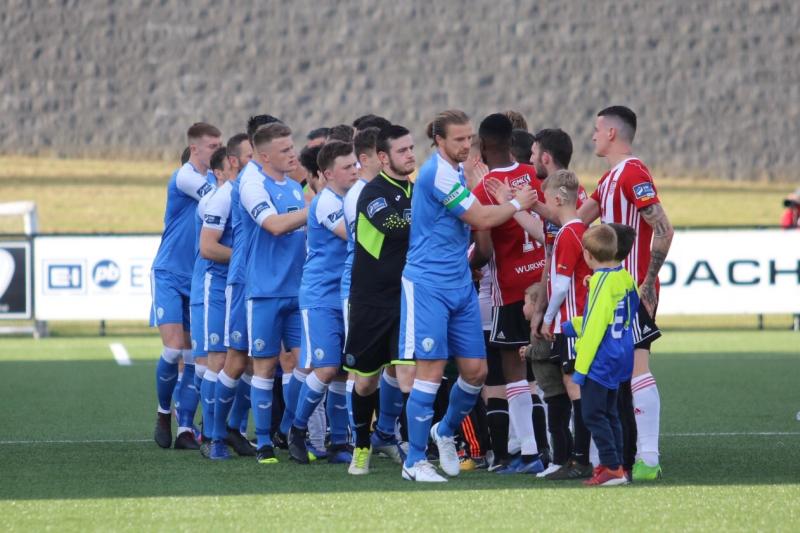 Derry City and Finn Harps will meet again this weekend

Finn Harps have today reminded fans that there will be no spectators admitted to Finn Park for this Sunday’s game against Derry City.

A number of Derry City fans attended their team’s 1-0 friendly victory over Larne at Inver Park last night, the first time they had seen their team in action in six months.

But with restrictions on sporting events still in place, fans will have to wait even longer still to see their team in competitive action.

A statement released by Haps this morning said: “As per current government guidelines there will be no spectators permitted at the Finn Harps v Derry City game on Sunday.  We regret hugely that fans cannot be present, our supporters are the heartbeat of the club, but the situation is obviously beyond our control.

“We ask all fans not to attempt to gain entry to Finn Park on the day.  We note the meeting that took place between Minister Catherine Martin and the major sports bodies last week and hope that a way forward can be found for supporters to safely return to games.”