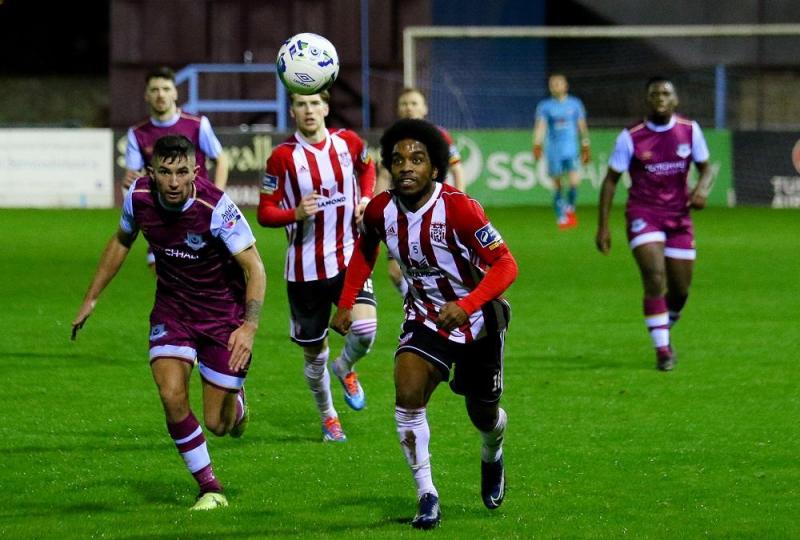 Walter Figueira scored the only goal of the game as Derry City returned to action with a narrow victory over Larne at Inver Park.

The forward struck the only goal 10 minutes before half time when he cut in from the left and fired an unstoppable low effort across Conor Mitchell and into the net.

The goal was one of only a few bright spots in a game which served to help the match fitness and sharpness of both sets of players. Larne are preparing for the beginning of the Danske Bank Premiership while the Candystripes return to action against Finn Harps in Ballybofey on Sunday.

The home side created a number of chances, particularly in the second half but former City forward Ronan Hale was off target on at least two occasions.  Mark Randall also hit the post in the last 15 minutes.